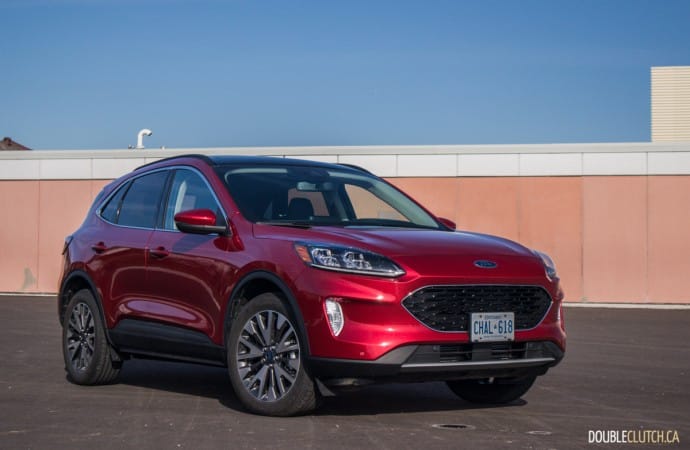 The Ford Escape is one of the most recognizable and successful crossovers on the road.

On its introduction in 2001, interest in the Escape exploded as it bridged the gap between smaller crossovers such as the CR-V and RAV4 and traditional SUVs like the Explorer. Over the years the Escape has evolved considerably, now entering its fourth generation. It has managed to stay near the top of sales thanks to Ford’s ability to keep on top of what consumers are looking for. This new one has large shoes to fill if it’s going to continue to be a market favorite, so we spent a week with a loaded 2020 Ford Escape Titanium to see if it has what it takes. 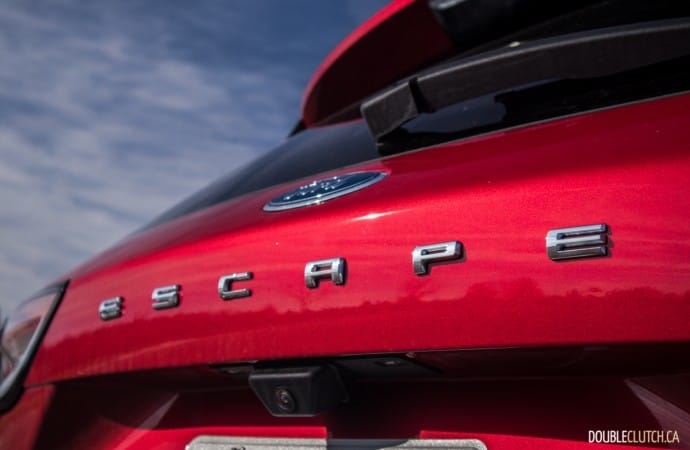 One of the reasons I have always favored the Escape is its styling. The first two generations were boxy and truck-like, a perfect way to move traditional buyers into the crossover segment by retaining an SUV look in a smaller package. The third generation was a large departure with lots of angles, curves and an aggressive look. The styling was well received as distinctive and fresh at a time when competitors all looked very similar. For the all-new model, Ford has taken a very conservative approach; the new Escape is more car-like, sleeker, longer and lower.

The problem is that aside from the large Ford corporate grille, the rest of the Escape appears very generic looking. It’s not ugly, but it’s not distinctive either, or memorable like previous generations. Of course, the new styling does deliver benefits; the belt line has been lowered allowing for taller windows and more visibility. The entire platform is lighter too,  which will pay performance and efficiency dividends, and the step-in height is lower making for improved ingress and egress. 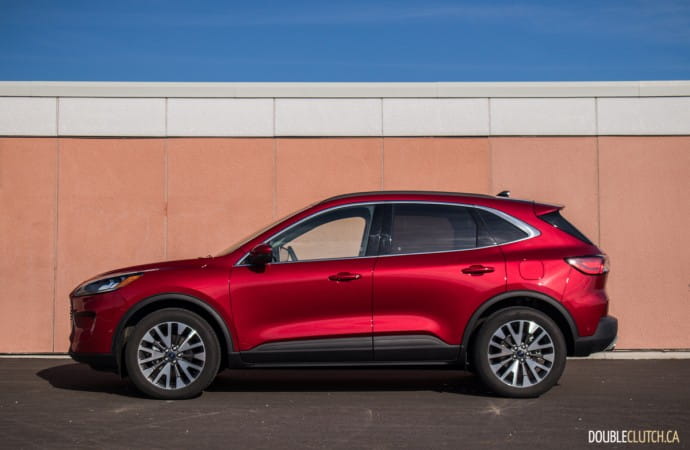 Despite the styling which I found anonymous, our Ruby Red tester with full LED lighting and sporting 19-inch wheels seemed to draw a lot of attention, so maybe Ford is onto something I don’t know about. In the winter in the city, it’s not often strangers approach to talk about whatever test vehicle I happen to have. Somehow, it happened twice with the Escape’s test week, so obviously buyers are paying attention and some already have the new Escape on their radar – even if this is a small sample size.

The interior of the Escape is very much in line with the exterior. It’s very functional with a surprising amount of rear leg and head room, plus a huge (relative to the segment) rear cargo area, and plenty of space to sprawl out up front. From a design standpoint it’s a bit bland with lots of black plastic of varying textures, and in our Titanium, a few pieces of dark faux wood grain as accents. None of the materials, including the leather used on the seats deserve the term premium, but for the segment the overall fit and finish is near average. 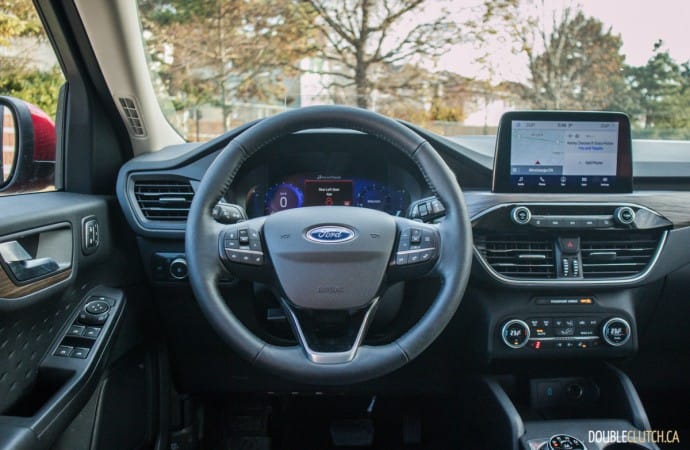 The controls are simple and straightforward, though the latest version of the SYNC 3 infotainment in our tester seemed to lag a lot more than the outgoing version. The fully digital instrument cluster is a nice modern touch; it’s also easy to read and can be configured in just about any way you’d want to. The other noteworthy mention inside is that the front seats are be some of the most comfortable seats in the segment, and the heat function on both the seats and steering wheel delivers very warm and even heat.

As mentioned, interior space in the Escape has been greatly improved over the outgoing model and now also offers plenty of handy storage up front. It packs a deep center console bin at the front, two and a half cup holders in the console, and a huge center armrest storage bin. Space for these is due in part to the console mounted space-saving rotary dial gear selector. The rear 60/40 split bench is mounted on tracks and can be slid forward up to six inches to allow for even more rear cargo space, or folded nearly flat. I put this versatility to the test, and the Escape handled it all gracefully. 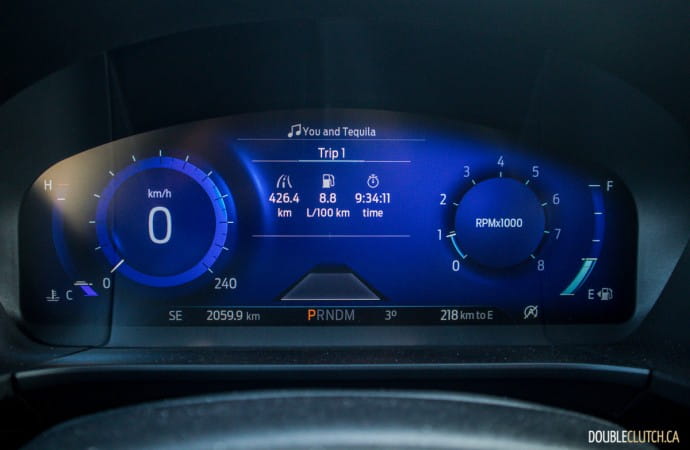 While the interior and exterior may have been upgraded, it’s the chassis and drivetrain that have likely benefitted the most. The entry-level model comes with a turbocharged 1.5-liter three-cylinder making an adequate 181 horsepower. The star of the show is the 2.0-liter turbocharged four available on the SEL and Titanium trim levels. This four-cylinder puts out 250 horsepower and 275 lb-ft. of torque at 5,500RPM, and moves the Escape around with authority. In fact, the 2.0-equipped Escape is the hot rod of the segment by a large margin. Both engines come mated to a competent eight-speed automatic with optional paddle shifters, and all-wheel-drive is an available option on all trim levels.

On the road the Escape  is a joy to drive in most situations thanks to minimal turbo lag and a pleasant exhaust ton. It is a bit clunky is at very low speeds, like bumper to bumper traffic, where the throttle can be a bit touchy and the transmission hunts for gears. If the 2.0-liter is the star of the show. the Escape’s new chassis deserves best supporting role. Dramatically improved, this new chassis glides along the road with grace and refinement worthy of a much more luxurious crossover. 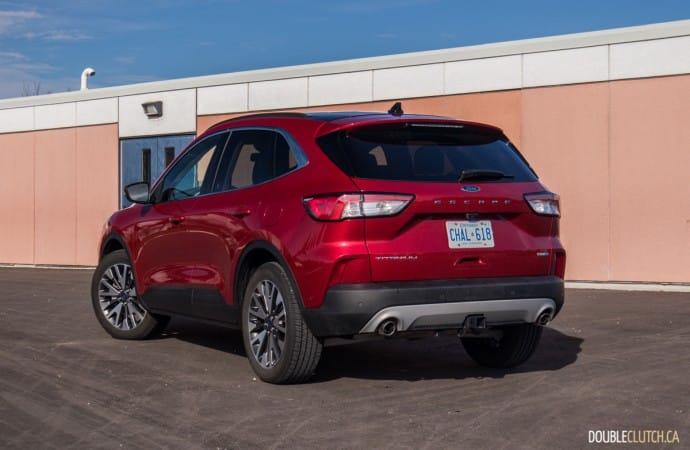 Chassis refinement far surpasses the Escape’s import rivals in the segment such as the RAV4 (reviewed here) and CR-V, with a buttery smooth ride and only a slight hint of wind and tire noise. Steering is direct and well weighted as well, though it could stand to be a bit more responsive and the brake pedal would benefit from firmer feel. Overall, the Escape Titanium impresses with its level of refinement and comfort. Combine this with the brisk acceleration from the 2.0-liter, and it delivers what I believe is currently the best driving experience in the segment.

The lighter platform helps with fuel economy as well, rated at 7.5L/100km on the highway and 10.4L/100km in the city; my average for the week of rush hour commuting was 8.6L/100km. That’s one of the better real-world results I’ve been able to coax out of a compact crossover with all-wheel-drive, and it’s particularly impressive when you consider the fact that this is a 250-horsepower turbocharged example. 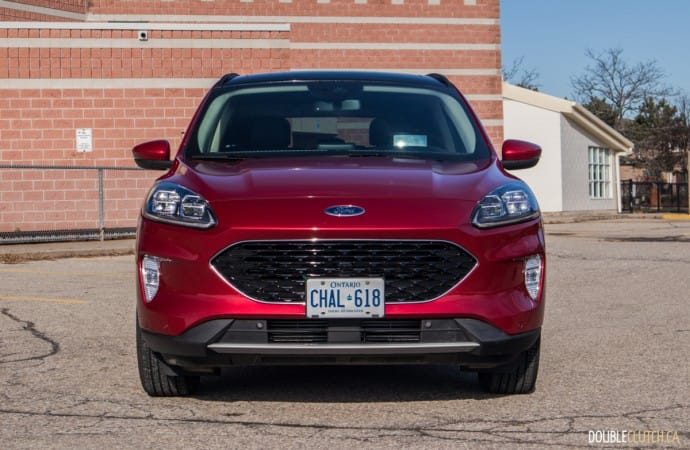 Pricing for the base S starts at $28,549 for the front-drive model, and $30,049 for all-wheel-drive. The Titanium like our tester starts at $40,049 and as-equipped ours came to $44,599. At that price the Escape is well equipped with a full-length panoramic sunroof, a B&O sound system, heads-up display, dual-zone automatic climate control, rain sensing wipers, eight-inch touchscreen and the full Ford Co-Pilot360 active safety suite. It does price out slightly on the high side of the segment, but in typical Ford fashion, we’re likely to see plenty of promotional discounting as the new model starts to fill up dealer lots.

The Escape has once again gone through a significant change, now with more conservative styling, a roomier interior, a hot engine and one of the best platforms in the class Ford has done it once again and delivered exactly what the market is looking for. Despite the fact that I haven’t yet warmed up to the looks, after spending a week behind the wheel I expect that the new Escape is well poised to regain its title as top dog in the compact crossover segment. 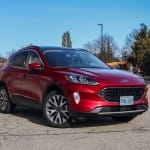 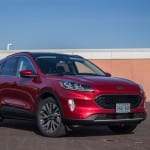 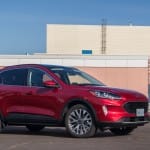 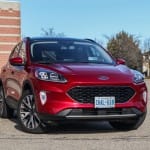 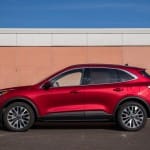 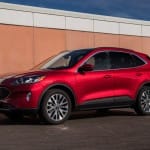 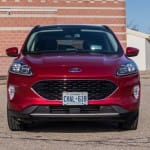 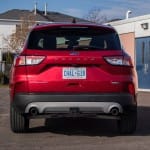 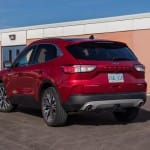 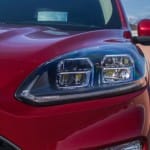 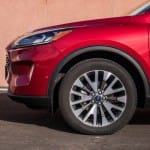 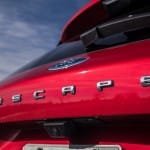 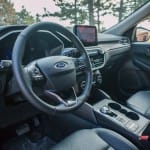 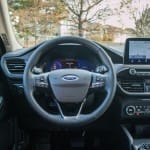 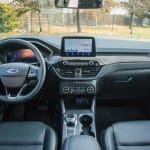 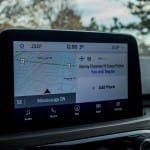 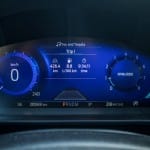 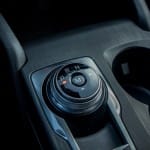 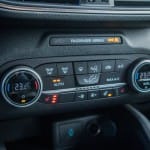 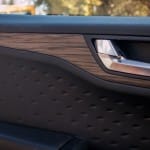 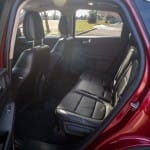 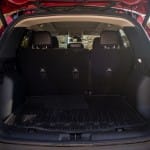