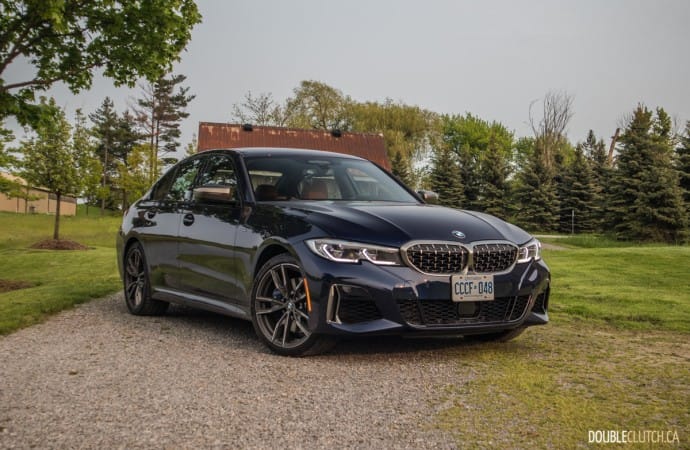 Competition has caught up to the Bavarians in recent years.

According to the Merriam-Webster Dictionary, the word benchmark is defined as “to study something, such as a competitor’s product or business practices in order to improve the performance of one’s own company”. In the automotive world, there are not many cars as deserving of having this title as the BMW 3-series, which has served as the gold standard for the compact luxury sports sedan segment for decades. 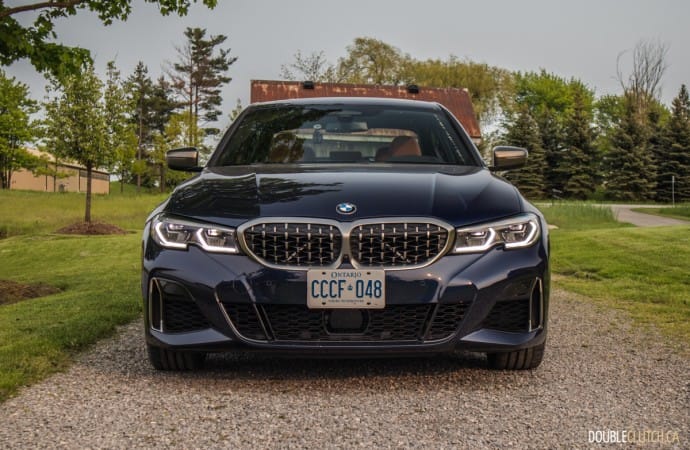 Competition has caught up to the Bavarians in recent years. The Mercedes-Benz C-Class (reviewed here), Volvo S60 (reviewed here), and Jaguar XE S (reviewed here) are all highly engaging sports sedans in their own rights. Even the newcomer, the Genesis G70 (reviewed here) has come in and established itself as a contender for the throne. Not wanting to be outdone, BMW recently launched the completely redesigned, seventh generation 3-series (codenamed G20). We borrowed one as soon as the opportunity arose and boy, we are very glad we did because the new 3-series is all but ready to set a new high-water mark.

The 2020 BMW M340i xDrive arrived in our office painted in a subtle Tanzanite Blue II Metallic colour that looks chic. At 73mm longer and 15mm wider, the M340i is noticeably larger than the previous F30 generation, and features a sportier stance. The BMW signature kidney grille, along with the exterior mirror caps, air intake elements, trapezoidal tailpipe trim all feature a Cerium Grey metallic finish that is in keeping with the latest trend. The M340i looks muscular thanks to sculpted bumpers and use of various notches over its body contour, and the 19″ alloy wheels are perfect complement to its athletic appearance. 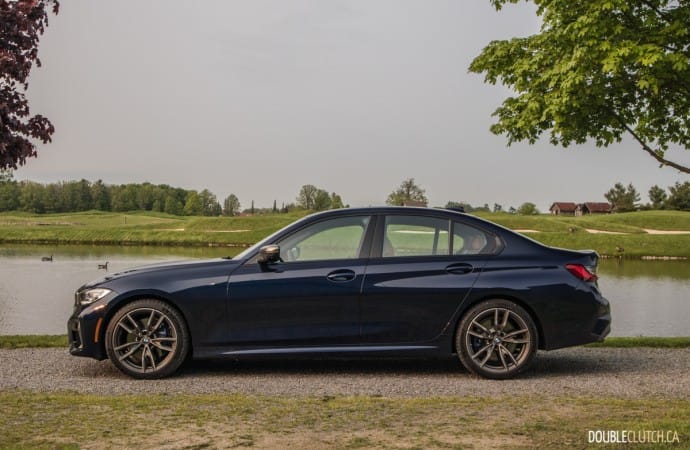 Inside, the BMW M340i xDrive features a simplistic and modern look. It features a design language and a layout that is familiar to those who have owned the last generation BMW 3-series, but the same time it has seen a thorough redesign to bring a sense of freshness to returning BMW buyers. Our tester was equipped with elegant Cognac Vernasca leather and Oak Grain Open-Pored wood trim, which looks and feels far more premium than the previous car and most importantly, other competitors in its segment.

BMW continues to have one of the best integrations of an oversized infotainment system. The iDrive unit continues to be one of the better systems on the market, accepting commands using the rotary dial on the centre console or using touch. We noted that the new iDrive system is a bit more complex than the last generation’s and requires a bit more time familiarize with. The good thing is, all 3-series models now come standard with BMW’s Intelligent Personal Assistant system. 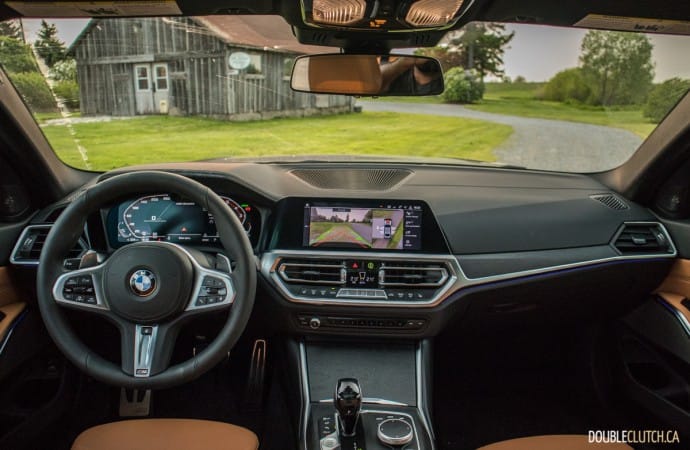 This is a clever system that responds to the voice prompt “Hey BMW” and can answer questions or commands. In real world testing the system was intuitive and eliminated the cumbersome task of having to learn specific voice commands. It would even respond to driver’s sentiment statements, so if you say “Hey BMW I’m cold” or “Hey BMW I’m tired”, the system will automatically adjust the climate control or start its onboard vitality program to wake the driver up by adjusting the lighting mood, music, and temperature. If drivers grant it access to their calendar and contacts, it will automatically provide traffic information along the way, set a reminder for when to begin the journey, and find parking at the destination.

Denoted by the letter M on its nameplate, the BMW M340i xDrive is the most performance oriented 3-series (that isn’t named M3) ever built. It features an updated version of the 3.0L turbo six-cylinder engine, with 382 peak horsepower and 369 lb-ft. of torque. Power is mated to an eight-speed automatic and delivered to all four wheels using a standard M Sport rear differential. This new setup essentially transforms the M340i into an absolute rocket ship. 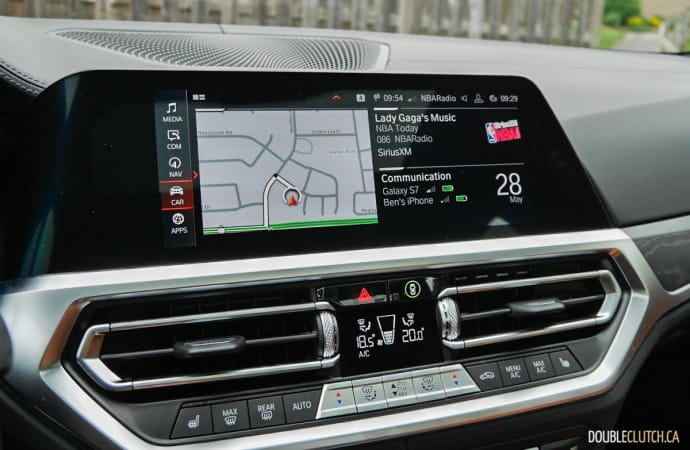 There is zero lag when getting off the line or when accelerating to highway speeds, and the power delivery is so effortless at any speed that it takes every bit of conscious effort to avoid speeding on public roads. With the aid of the eight-speed transmission’s Launch Control function, drivers can achieve a claimed 0-100km/h time of 4.4 seconds, a figure that was achieved only by supercars not too long ago.

The M340i features a chassis that is specially tuned by BMW’s M performance division, with the goal of creating a car that has a low center of gravity, perfect 50:50 front/rear weight distribution, and to achieve a significant increase in stiffness of the body structure and suspension. By achieving this, with the help of new lift-related dampening technology and a reworked suspension, the M340i xDrive is razor sharp in the corners and feels balanced in any situations. The standard high-performance M Sport brakes do a great job halting the M340i and pedal feel is excellent. 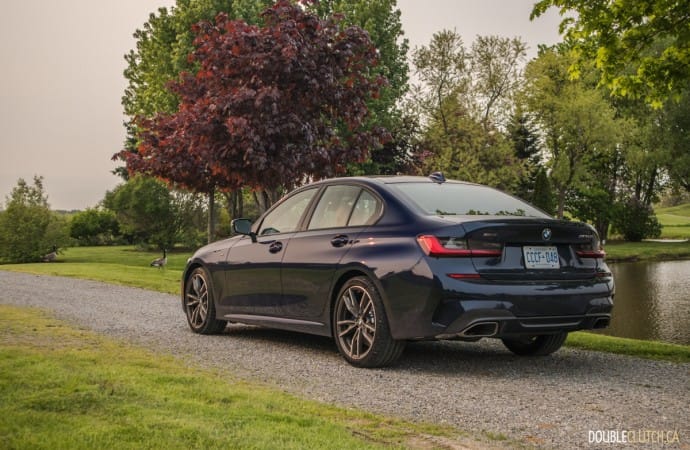 One of the biggest criticisms from the last generation 3-series is its electric steering rack, with many complaining that it lacked road feel. The 2020 BMW M340i xDrive features an upgrade to the Variable Sport steering system, while the overall feel and responsiveness is improved, we find that it is still not optimal and left us longing for more feedback especially under spirited driving conditions. It is worth noting that due to the new platform, the 2019 BMW 330i (reviewed here) has a slightly different steering system, while the M340i uses the same setup as the F30 model it replaces. As such, the M340i may be sharper, but the 330i’s steering feels better.

The 2020 M340i is equipped with a coasting function that aims to enhance fuel efficiency without sacrificing performance and comfort when the car is engaged in Eco-Pro or Comfort modes, and an improved Auto Start Stop that uses data supplied by the optional Navigation System Professional and its own onboard front cameras to prevent inefficient engine shutdowns. These systems work together to help the M340i xDrive achieve an observed 10.3L/100km fuel consumption in our week of mixed commuting. The tank accepts 59L of premium grade gasoline. 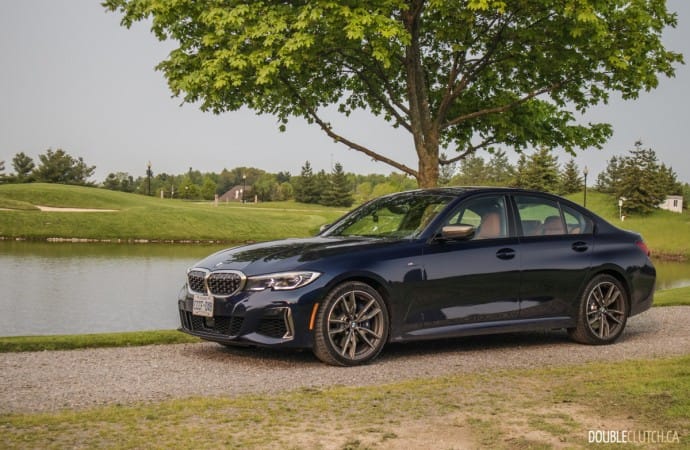 Thanks to the optional adaptive M Suspension equipped on our tester, the M340i is a comfortable car to ride in. The electronically controlled dampers have distinct profiles in various driving modes, with an ability to adjust its responses automatically to the driving style and the route profile under the “Adaptive” driving mode. There is excellent headroom in both rows, and legroom is noticeably improved from the previous generation. Trunk capacity is also improved to 481L from the previous generation’s 447, and our tester was equipped with the optional automatic trunk operation. 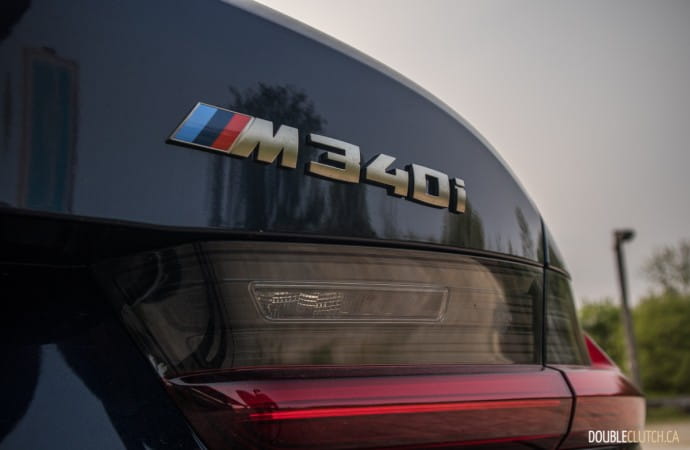 The M340i starts at $61,850, and our sample was equipped with the Premium Excellence Package that includes Walknappa Leather dashboard, ambient lighting, BMW Laserlight headlights, Harman Kardon premium sound system, BMW gesture control, amongst other optional goodies for an extra $8,300. Add $1,450 for the paint job and $600 for the adaptive suspension system and you will get an as-tested price of $72,200. It’s expensive, but this highly optioned tester was not far off from the Mercedes-AMG C 43 and Audi S4 in their loaded configurations.

The 2020 BMW M340i xDrive is greatly improved over the car it replaces with fresh looks, interior comfort, improved appointments, and the upgraded powertrain. It has more than redeemed itself as the king of compact luxury sports sedan. The Genesis G70 received our Car of the Year award last year, and if this car was around then, things may have been very different. Despite the fact that the M340i xDrive is significantly more expensive, its sheer performance and balanced handling allow BMW to reclaim the throne. 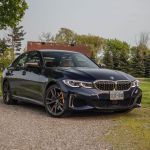 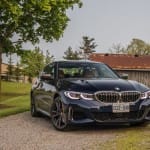 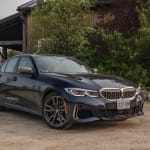 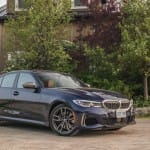 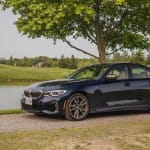 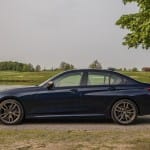 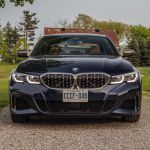 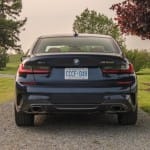 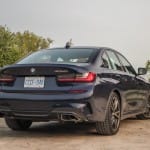 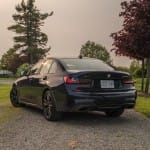 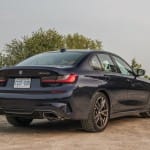 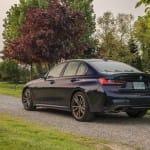 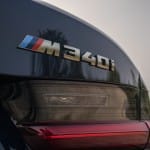 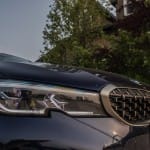 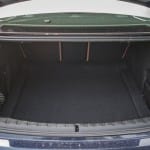 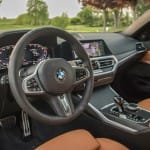 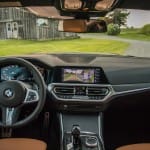 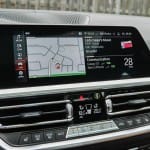 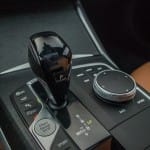 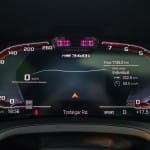 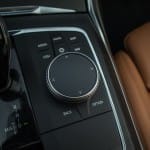