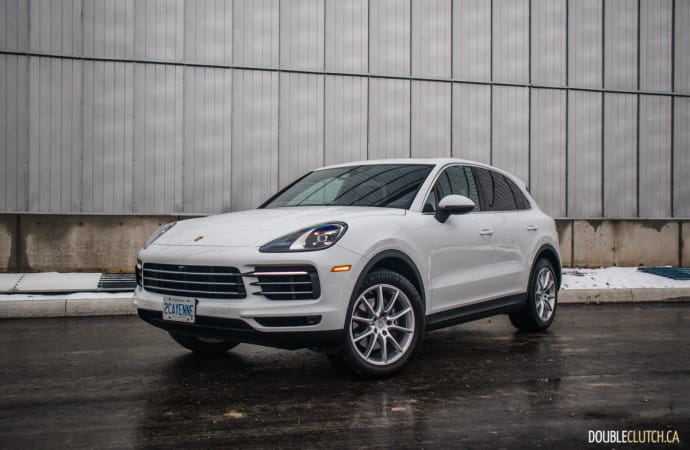 The Cayenne stands out as one of the sportier and dynamic choices.

When the Cayenne first appeared as a 2003 model, it was met with controversy from Porsche enthusiasts who deemed it sacrilege for such a reputed brand to produce a sport-utility vehicle. The reality is, production of volume models such as the Cayenne and now the Macan (reviewed here) has allowed Porsche to continue building sports cars with the passion that hasn’t faded one bit. In just over fifteen years, roughly 800,000 Cayenne models have been sold globally. 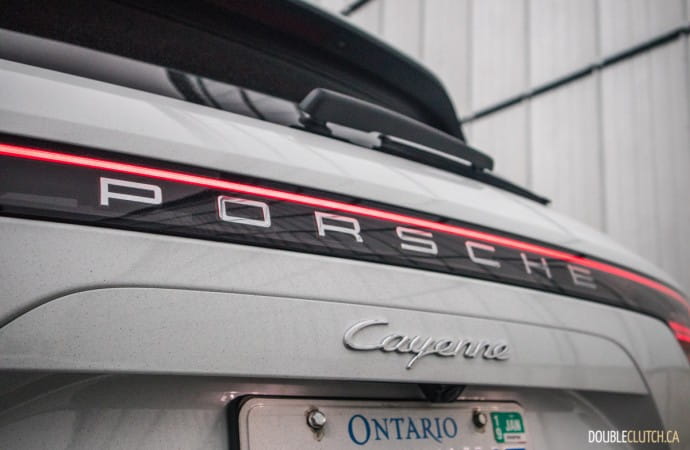 This 2019 Porsche Cayenne is the third generation of the popular SUV, though it doesn’t look like a drastic change at first glance. It still looks unmistakably like a Porsche, with the iconic front end that is shared throughout the lineup, and a new rear end that looks fantastic. The new Cayenne shares its VW Group MLB platform with the Audi Q7, though it’s significantly lighter at 4,300 pounds. It may be a shared platform, but the Porsche application is all-new architecture that is unique to the Cayenne. The 114” wheelbase is shared with the Q7, but the Porsche is over six inches shorter in overall length.

While the more powerful S and Turbo variants will gain popularity from the enthusiast crowd, the base powertrain tested here will be the volume seller to Canadians. It’s a 3.0L turbocharged V6 that puts out 340 horsepower and 332 lb-ft. of torque, and is mated to a ZF eight-speed automatic transmission rather than Porsche’s snappy PDK dual-clutch setup. This is the same turbo V6 we have seen in the Audi S4 (reviewed here), and is also the base motor in the current Panamera. It’s more than adequate for the everyday commute, with plenty of pep off the line and minimized turbocharger lag. 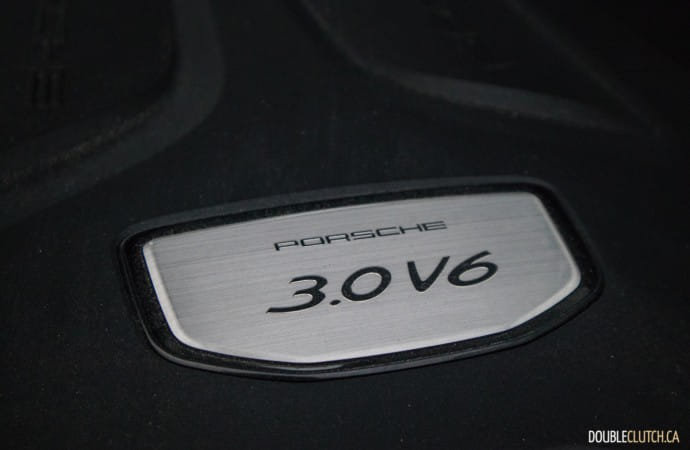 This is the first time a naturally aspirated V6 isn’t the base engine for the Cayenne, though the new turbocharged V6’s horsepower is up 35 and the torque number is up 37 lb-ft. over the 3.6L it replaces. Peak torque also comes in at 1,840RPM, which makes for considerably more response at the lower end of the range. This Cayenne is rated at 6.2 seconds for a 0-100km/h run, an improvement from 7.7 seconds in the last model. An optional Sport Chrono package will help this number even more, bringing it down to 5.9 seconds.

Though powerful enough and impressive in its overall personality, an area where the new Cayenne really did impress us is with regards to road manners. With or without cruise control engaged, the Cayenne feels more planted at highway speeds than any of its competitors. Road noise is absolutely minimal, and the steering requires zero overcorrection. Other than the added ride height, this sport-utility feels as sorted and glued to the road as any sedan, and is smoother in operation than the comparable BMW X5 or even the Audi Q7 it shares certain components with. 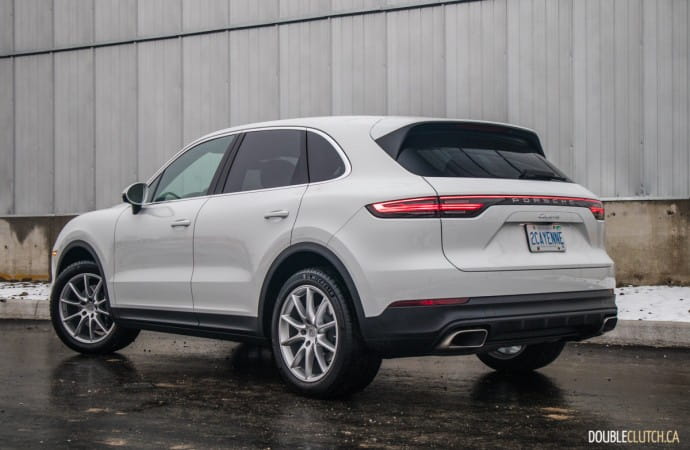 Porsches have always known to have telepathic steering, and the Cayenne is no exception to this. It’s well weighted for highway driving, but when the roads become curvy, turn-in is crisp and handling is very responsive overall. All-wheel-drive is standard, and an optional Porsche Torque Vectoring (PTV) system brings a rear limited-slip differential to the mix to add to the Cayenne’s already lively personality. This test vehicle was not equipped with adaptive damping, but ride quality is still extremely compliant even on rougher surfaces.

Porsche Cars Canada rates the Cayenne in this configuration for 12.4L/100km city, 10.1L/100km highway, and a combined 11.4L/100km. Despite our test having taken place during cold weather and on winter tires, we averaged 11.2L/100km on 93-octane fuel. The Cayenne’s tank will hold 90L and requires 93-octane fuel for optimal performance and efficiency. 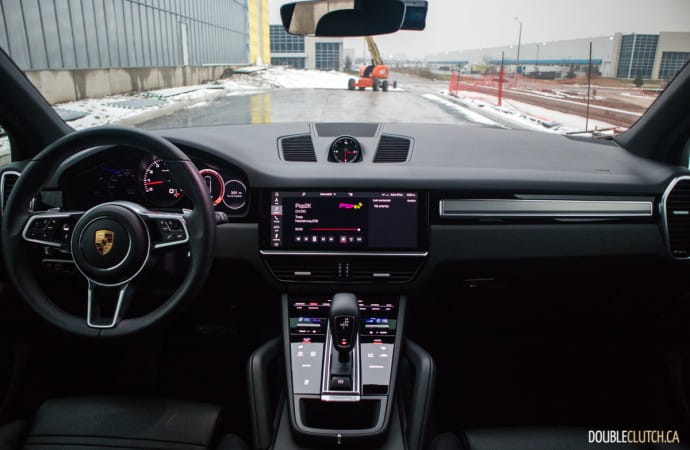 The interior of the new Cayenne is where the most obvious updates come to light. A new PCM infotainment system is in play here, with a massive 12.3” touchscreen and one of the highest resolution displays in the business. It’s a great system, with quick response and well-placed “buttons” with fast haptic feedback. Apple CarPlay is offered, though the native system now also offers a WiFi hotspot and real-time traffic updates. The steering wheel audio controls take some getting used to, though the configurable instrument cluster also has stunning graphics.

Space is adequate for front passengers, though taller rear passengers may be challenged for legroom. No third row is available, which is about on par for rivals such as the Mercedes-Benz GLE, and this also helps with the Cayenne’s sporty image. Materials and finishes are excellent even for the base model, and the cargo area will hold 770L behind the rear seats. Fold them down, and this number increases to 1,710L. Anybody wanting to tow with their Cayenne will be pleased to see a 7,700lb. towing capacity, which is extremely generous for the segment as well. 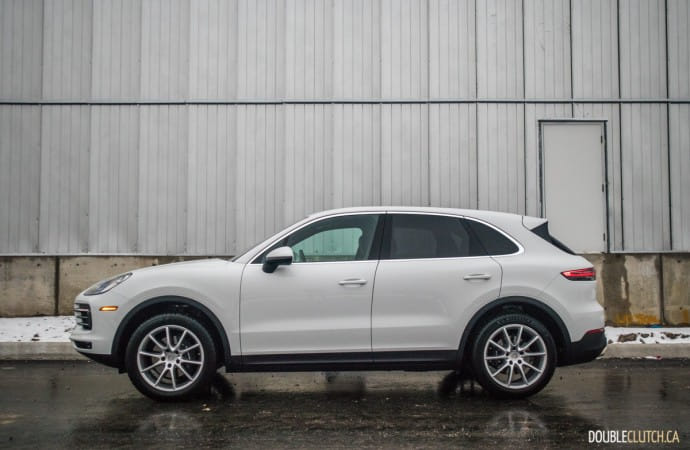 Porsche has priced the Cayenne aggressively in Canada, starting at $75,500. Our test vehicle was equipped with heated seats front and rear ($600), 20” wheels ($1,970), and ParkAssist with Surround View ($1,360). A Premium Package that costs $7,110 adds Power Steering Plus, ambient lighting, Comfort Access, LED headlights, a panoramic sunroof, and Lane Change Assist. No-charge options are a Bose surround sound system and 14-way power front seats, and the as-tested total comes to $88,680 before freight and taxes.

With a maximum ground clearance of 210mm with the fixed suspension equipped here, the 2019 Porsche Cayenne won’t really be traversing the Rubicon Trail. Even still, in an age where the crossover reigns supreme over the traditional sedan, the Cayenne stands out as one of the sportier and dynamic choices. If your 911 Carrera (reviewed here) is a fair-weather toy, it’s hard to find a more well rounded year-round daily driver than the comfortable, serene, and capable new Cayenne. 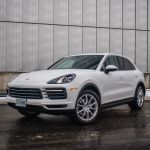 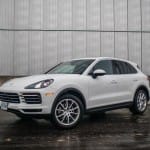 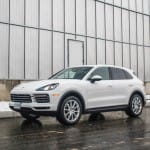 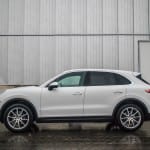 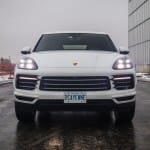 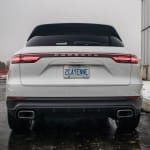 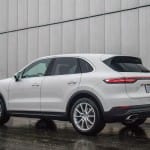 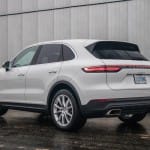 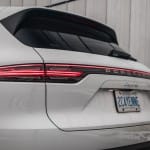 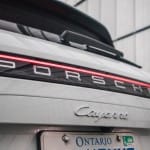 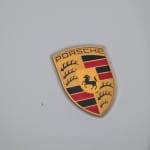 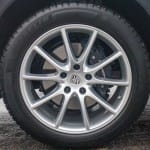 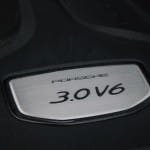 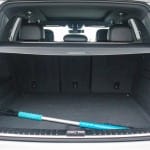 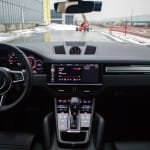 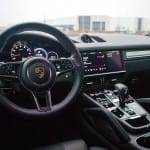 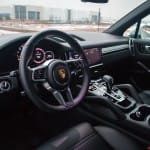 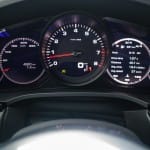 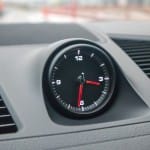 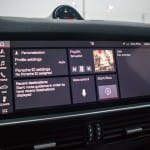 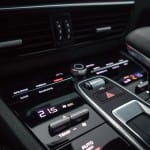 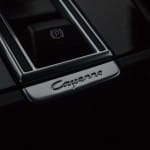 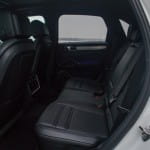