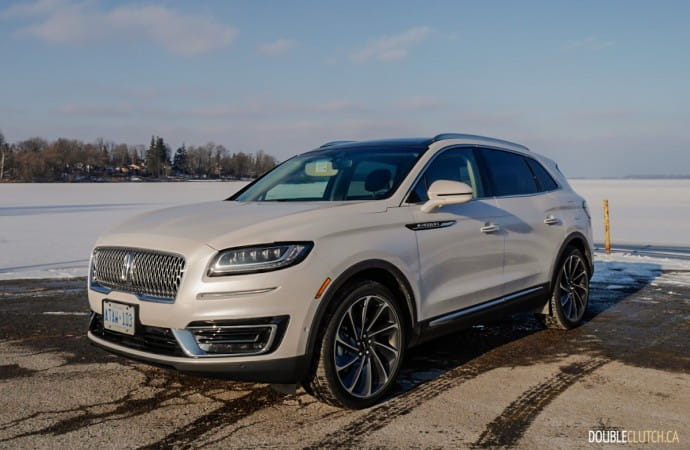 Lincoln has a renewed focus on producing beautiful vehicles, this time around with names one can remember.

Over the past two years, Lincoln has gone through a complete revamp of their lineup to follow along the company’s vision of becoming the “quiet luxury” brand of choice, portraying a luxurious image to buyers without being over-the-top and in-your-face glamourous. They started building cars that follow a beautiful design language, and got rid of the oft-forgotten and confusing nomenclature. Instead, Lincoln renamed cars in their lineup with legendary names. The Nautilus here features a brand new name, a facelift and a slew of important updates to last year’s MKX (reviewed here). 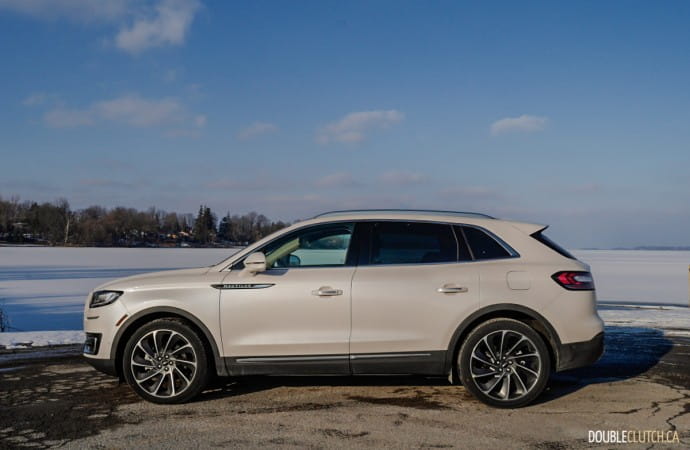 The 2019 Lincoln Nautilus Reserve arrived painted in an elegant White Platinum colour. It ditches the MKX’s double wing grille design and instead opts for Lincoln’s new signature chrome grille. Along with the grille, a set of LED multi-projector headlamps and LED fog lights sit over the sculpted front end. The optional 21″ wheels, which have a turbine style design in a premium painted machined aluminum finish, brings out the best of the Nautilus’ swooped yet sophisticated styling. Shift your attention around to the rear end of the car and you will notice a sloping roofline leading to a spoiler, horizontal taillights, and dual exhaust tips. Overall the design is classy and fitting for the Lincoln brand’s desired image.

As part of the 2019 refresh, the Nautilus is equipped with a turbocharged 2.0L inline-four engine instead of last year’s naturally aspirated 3.7-litre V6 engine as the base engine. The 2.0L is turbocharged and produces 250 horsepower and 280 lb-ft. of torque. On paper it would be a step down from the 2018 MKX’s 303 hp and 278 lb-ft., but in real world driving, the turbocharged engine feels just as lively and competent as the outgoing model. I observed a bit of turbo lag getting off the line, but the turbo setup picks up the slack quickly once spooled up. On top of the engine change, the 2019 Nautilus also replaces the MKX’s six-speed automatic gearbox with an eight-speed one, all in an effort to offer better fuel economy that did not go unnoticed. 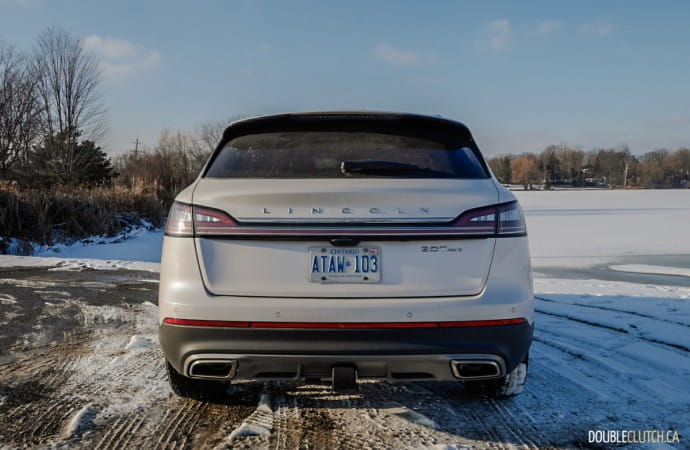 The 2019 Lincoln Nautilus with the 2.0T engine is rated at 12.0L/100km in the city, 9.6L/100km highway, and 10.7L/100km combined, a vast improvement from the MKX’s 12.5L/100km rated combined mileage with the base engine. During my week of city driving with the Nautilus, I observed an average of 12.2L/100km, a respectable figure especially in the winter. It is interesting to note that the Nautilus’ optional 335 horsepower 2.7-litre V6 twin-turbocharged engine is rated with a very similar combined average (11L/100km) and a better fuel economy figure (9.2 L/100km) on the highway, making it a reasonable choice for those who are always in a hurry.

As you enter the interior and look around the cabin, you will notice that Lincoln’s elegant design language is carried over from the exterior. The centre console features a swooping design, carrying a seemingly soothing tide to its occupants, and my tester was equipped with unique Espresso Ash Swirl open-pore wood trim and Coffee leather colour that adds a dash of class to the sophisticated interior. A drawback to the interior design is that some of the control buttons were out of reach in my natural seating position. Fortunately most of the important switches are near the bottom of the centre console. 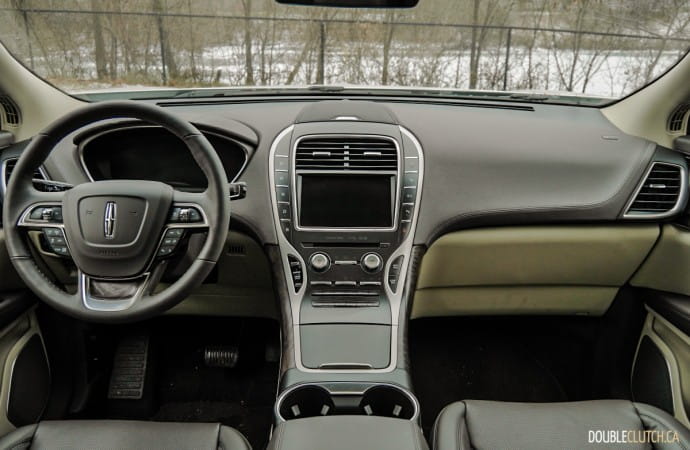 Overall, the Nautilus is a comfortable car thanks to the power adjustable heated and ventilated front seats. The suspension setup favours comfort over sportiness and wind/road noise is kept under control. The serenity is aided by the fact that my tester was equipped with the optional Revel Ultima audio system with 19 speakers, a 20-channel hybrid amplifier, and HD Radio. I would stop short of calling it the best car stereo tested, but it is definitely above average and a worthwhile upgrade to make. I also noted that the Nautilus uses a gold colour scheme in its infotainment system and in its digital cluster, offering a regal touch.

The Nautilus is equipped with the Lincoln version of Ford’s SYNC 3 touchscreen infotainment system. It features a simple tiled design with shortcut ‘keys’ along the bottom for important features such as Audio, Climate, Phone, Map, and Smartphone apps. Apple CarPlay and Android Auto are supported, and the Nautilus comes standard with a built-in navigation systems. The SYNC 3 remains one of the better touch screen systems out there, with an emphasis on its touch responsiveness, ease of use and minimizing driver distractions. Nowadays some automakers have forgone usability and instead focused on aesthetics resulting in menus that are layered and frustrating to navigate, so it is refreshing to see Ford’s utilitarian approach. 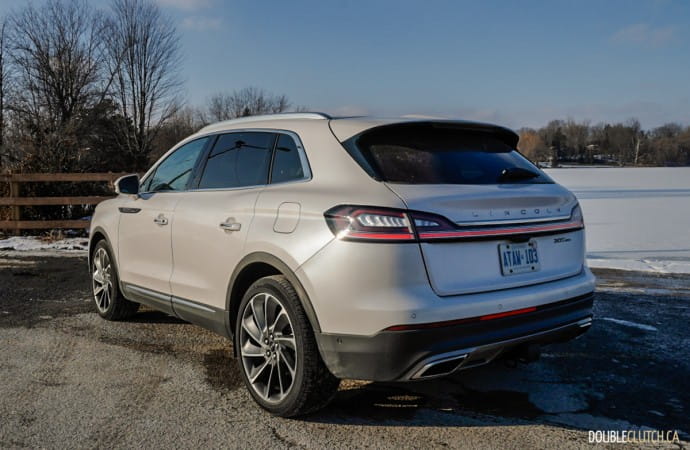 The 2019 Nautilus comes standard with a panoramic Vista Roof, allowing both rows of occupants to take in abundance of sunshine and it keeps the cabin feeling airy. Limiting the Nautilus to a maximum of five passengers means that Ford is able to stretch the rear seats rearward, allowing for more interior legroom. However, there is very limited headroom for taller folks due to the roofline. The Nautilus will accommodate over 1,000 litres of cargo, scoring over on a benchmark that is a prerequisite for those who like to take family road trips.

Pricing of the 2019 Lincoln Nautilus starts at $50,450, and this Nautilus Reserve, which adds heated and ventilated front seats and panoramic moonroof amongst other goodies, starts at $55,350. Throw in a list of options including the Ultimate Package (LED lighting, Revel Ultima stereo, 21″ wheels – $5,500), Driver Assistance Package, Technology Package (360-degree camera, Active Park Assist, Front Parking Aid Sensors – $1,100), White Platinum paint ($750), and more, my as-tested total comes to an even $66,000. Opting for the more powerful twin-turbocharged 2.7L V6 engine will cost an extra $3,000, an option that many will find to be a value pick on the options list. 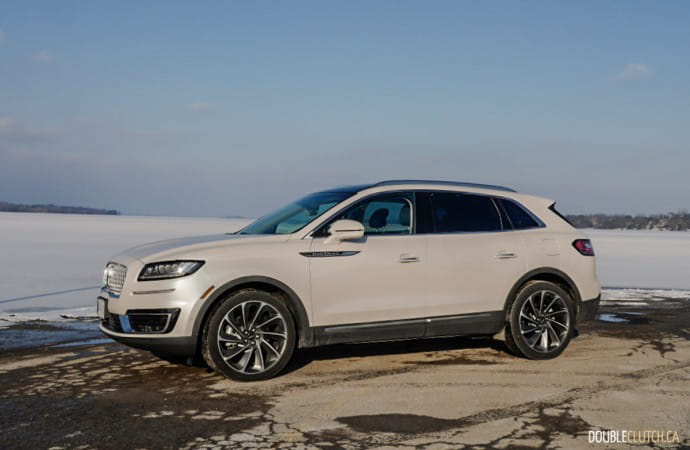 Comparing the 2019 Lincoln Nautilus Reserve to its competition, namely the Cadillac XT5 (reviewed here), the Acura MDX (reviewed here), and the Lexus RX 350 (reviewed here), the Nautilus offers a refreshingly smooth body lines, elegant design inside and out, and a compliant ride. With a renewed focus on producing beautiful vehicles, this time around with names one can remember, Lincoln is all set to execute on its ‘quiet luxury’ corporate strategy, and the Nautilus is a step in the right direction. 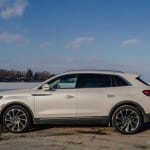 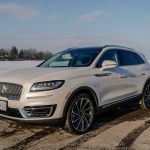 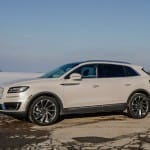 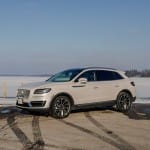 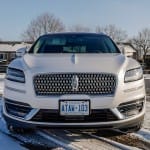 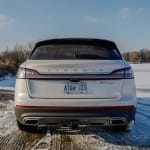 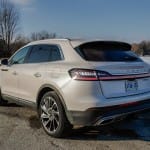 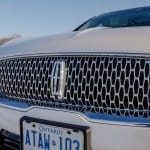 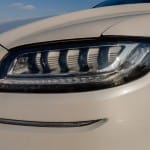 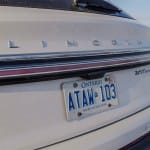 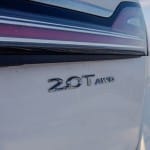 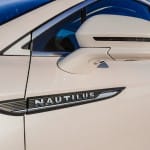 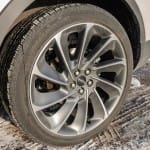 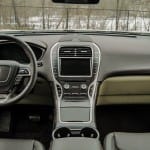 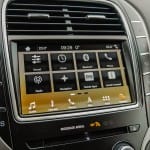 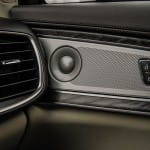 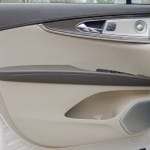 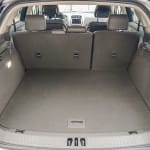 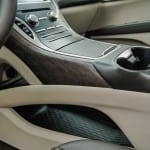 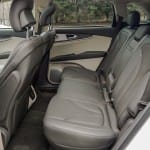 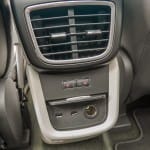 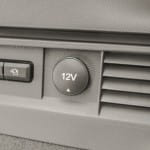 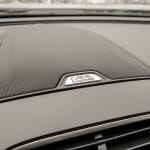 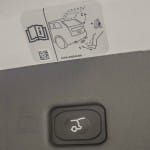