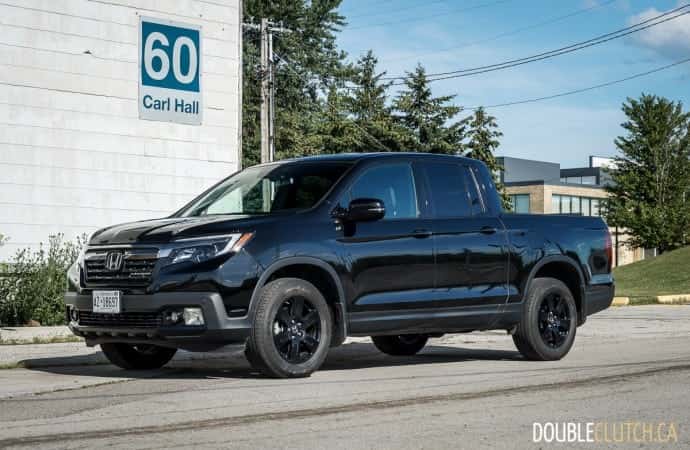 The Honda drives like a sports car relative to its body-on-frame rivals.

Conventional wisdom suggests that a pickup truck should have body on frame construction, a solid rear axle, and a V8 engine. The 2019 Honda Ridgeline Black Edition has precisely none of these things, but Honda is selling is as a reportedly capable pickup, nonetheless. Since the introduction of the first generation for the 2006 model year, many have given the Ridgeline some flack for not being what they perceive to be a real truck. To either confirm the sentiment, or put it to rest, we took the Pilot SUV’s cousin with a bed for a week of testing with more than just light duty use. 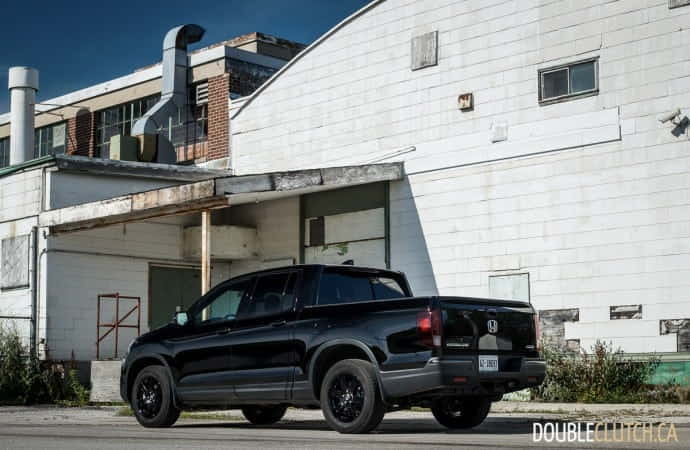 Four trim levels of Ridgeline are available in Canada – the Sport, EX-L, Touring, and Black Edition. While the base Sport starts at $40,990, the Black Edition is $49,990 and comes with a dual-action tailgate, a lockable in-bed trunk, remote engine start, a heated steering wheel, pushbutton start, rear heated seats, LED headlights, navigation, a truck bed audio system, parking sensors, and tri-zone automatic climate control. While America gets a less capable front-drive version, all Canadian Ridgelines are sold with all-wheel drive. Unique to the Black Edition are a set of black 18-inch alloy wheels, as well as Black edition seat stitching and floor mats. For those wishing for brighter shades on their truck, the Touring is $1,500 less and comes equipped essentially the same. 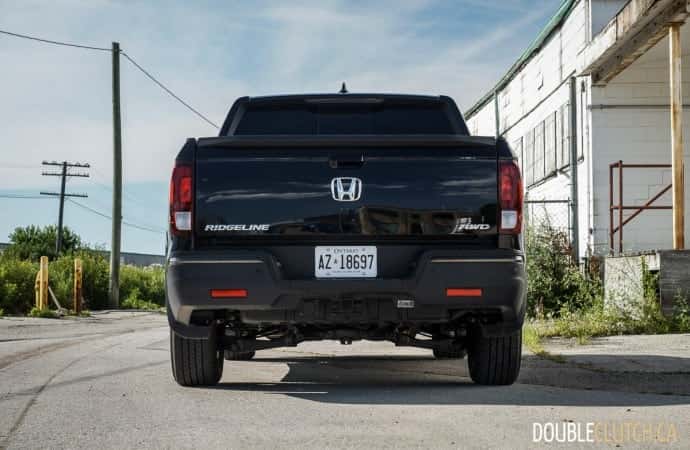 Reporting for duty under the hood of all Ridgeline trim levels is a 3.5-litre V6 engine that pumps out 280 horsepower at 6,000RPM, paired with 262 lb-ft. of torque at 4,700RPM. No, it’s not a V8, but it moves the Honda pickup along with reasonable authority at any point in the rev range, and does so with a silky smooth soundtrack. For enthusiasts who are a fan of the Variable Valve Timing & Lift Electronic Control in cars such as the Honda S2000 or the Acura Integra Type R, there is a proper cutover to a more aggressive cam profile that happens at 5,400RPM. When this happens, the V6 rushes to redline and makes noises that might be more at home in a 1990s Acura NSX.

The NSX soul-channeling gets routed through a more conventional six-speed automatic transmission. Although the Pilot three-row SUV and new Passport two-row can both get a nine-speed automatic, one might assume that Ridgeline gets the six for durability’s sake. Shifts are quick, but we’ve tested smoother gearboxes out there. For towing, hauling, or hill descent, individual selection of gears through a manumatic mode is not available. Even so, Honda die-hards will be used to seeing a “D4”overdrive lockout and an “L” on the shifter for extra engine braking by way of downshifts. This approach works, but does appear to be straight out of a vehicle from the 1990s or early 2000s. 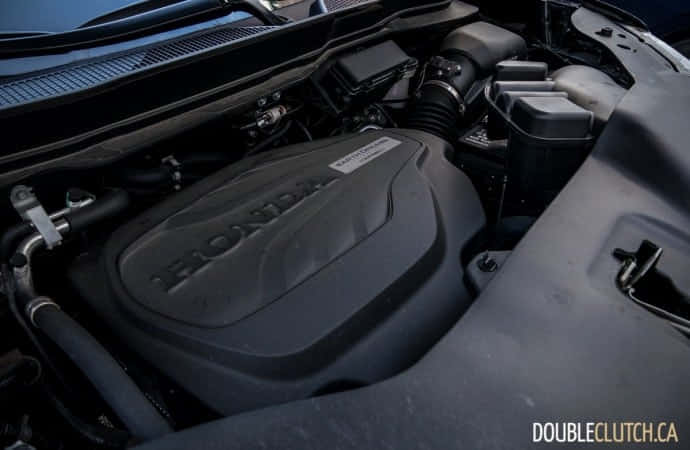 With a curb weight of 2,054 kilograms (4,528 pounds), the Ridgeline is on the lighter side for a pickup truck. Through the use of more efficient unibody construction on a more car-like platform, the lower weight results in improved fuel economy. Nominal figures from Natural Resources Canada say that the Ridgeline is good for 12.8L/100KM in the city, and 9.5L/100km on the highway. Tank capacity is 73.8 litres, and regular octane fuel is perfectly acceptable. Observed consumption figures came back at 10.2L/100KM after a week of mostly highway driving. What’s most impressive is that this included some heavy moving! There is absolutely no way that a more conventional truck can come this close without a costlier up-front investment in a diesel powertrain.

When the going got tough, the Ridgeline did prove that it could handle a pretty hard day of work. Loading up gravel, building materials, and a campfire pit from the local big-box hardware store found the Honda operating right up to its max payload capacity of 674 kilograms (1,486 pounds). The back end – an independent suspension supported by coil springs and not leaf springs – squatted and sagged quite a bit when the fire pit was loaded in by forklift, but the driving experience didn’t seem to suffer too much in terms of acceleration, handling, ride, and braking. 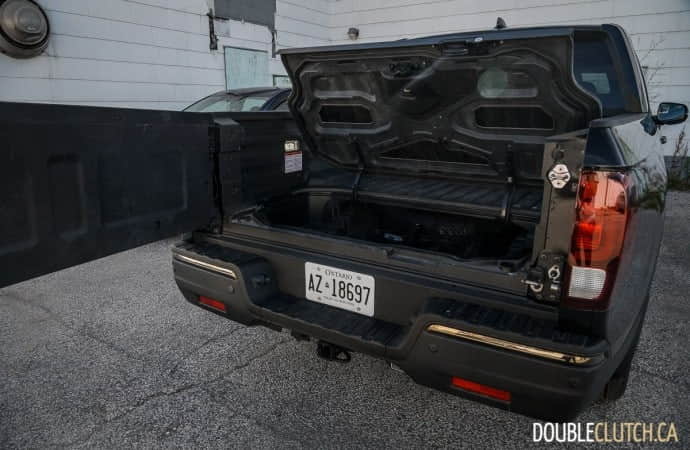 A series of gravel and cement bags made their way into the in-bed trunk with ease, which was absolutely key in fitting as much as possible in a single trip. The bed itself is about 5 feet and 4 inches in length (1,625 millimetres), and comes with very low intrusion from the wheelwells. The dual-action tailgate is hinged in two directions, but is not damped, and does not lock. The bed surface is a plastic bed liner insert, and no factory spray-in option is available. The neatest party trick happens to be the Truck-Bed Audio System, a world’s first. With Bluetooth audio pumped through six exciters behind the bed’s wall, several hours of playback were used at once with no loss of battery life.

Should the need arise, towing capacity is 2,268 kilograms (5,000 pounds) – Americans who elect to buy front-wheel drive are restricted to 1,588 kilograms (3,500 pounds). This is where the Ridgeline falls shorter compared to its more hardcore midsize truck brethren – the Toyota Tacoma, GMC Canyon/Chevrolet Colorado, and Ford Ranger all have the Ridgeline beat by 1,400, 2,000, and 2,500 pounds, respectively. That said, the Ridgeline’s capability isn’t much to be laughed at – its rating is still good for towing a decently sized boat, or a car on an open trailer. The silver lining here is that the Ridgeline’s payload is very competitive against its peers, and actually beats out the Toyota and GM. 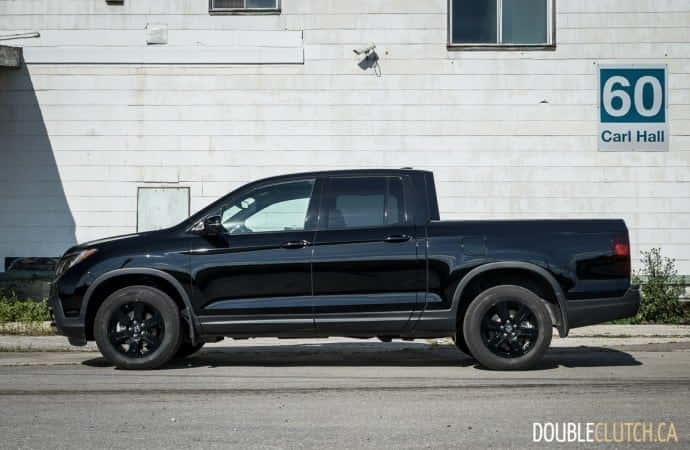 Where the Honda Ridgeline shines above all other compact and midsize trucks, however, is in its day-to-day driving dynamics. Because it takes its chassis and platform from the Pilot crossover sport utility, it gets to enjoy just about the same ride and handling characteristics. This means that the Honda drives like a sports car relative to its body-on-frame rivals, with more direct steering and roadholding that really doesn’t feel like a pickup truck at all. The cabin is whisper quiet at highway speeds, and when driving unloaded, there are no truck-like penalties to contend with. The only gripe is a long brake pedal travel that leaves a lot more to be desired in terms of initial brake bite.

Inside, the Ridgeline’s interior is more or less the same as can be found in the Pilot. This means that touch points, fit and finish, and button ergonomics are stronger suits, and all commands are within eyesight and arm’s reach. The leather seats are comfortable for long trips, and the ventilated front seats are helpful to keep heat-induced fatigue away. Back seat legroom is less than the SUVs, and rear facing child seats may be a challenge – test before you buy. When there are no rear seat passengers, the benches fold upwards in a 60/40 split, revealing more cargo room. 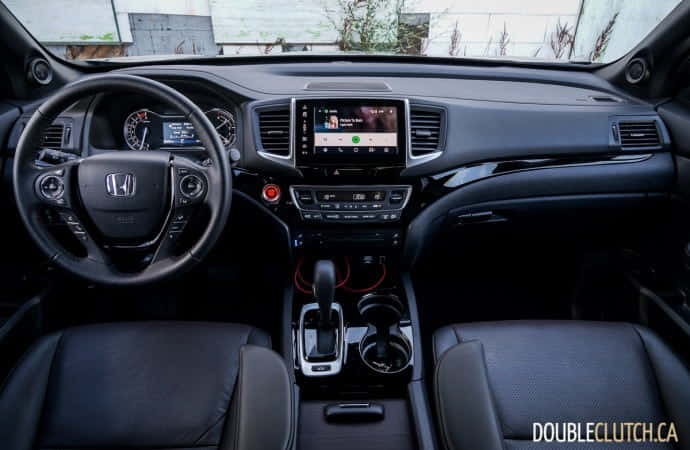 This renders the in-car satellite navigation somewhat obsolete, but it can still come in handy during travel to remote sites without cellular signal. When not mirroring your phone, Honda’s touch screen interface is in the middle of the pack amongst other automakers for ease of use and responsiveness. Having only a touch slider for volume controls is a cardinal sin, but thankfully the steering wheel controls are good enough to use. 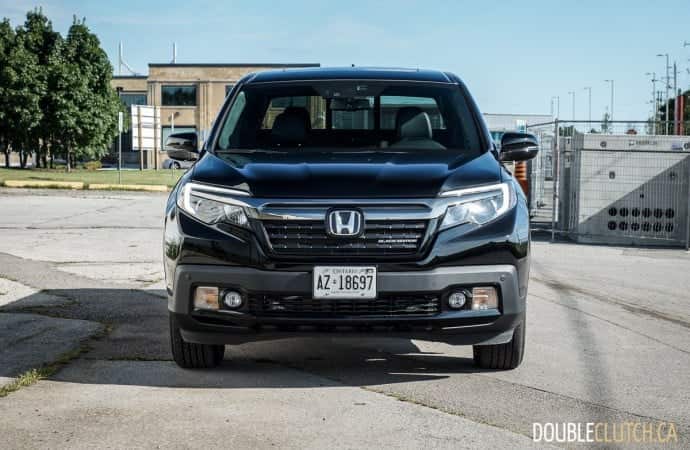 For die-hard truck fans, the 2019 Honda Ridgeline Black Edition can certainly use a little more respect. Towing and hauling capacity are easily equal to or more than what most people need in their lives, even if they want something hilariously more rugged than necessary. The Honda doesn’t come with any of the penalties of a body-on-frame pickup, whether it’s ride and handling, fuel economy, or unwieldiness in urban driving settings. It’s as comfortable as a car, and handles almost as well as one, too. For those who max out their trucks on a day to day basis, the Ridgeline might not be a good idea, but for the average joe who doesn’t depend on their vehicle for their livelihood, the Honda is the one to have. 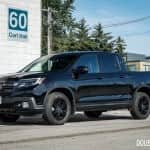 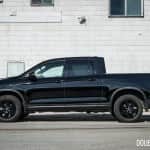 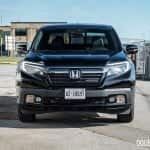 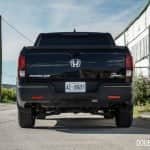 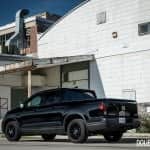 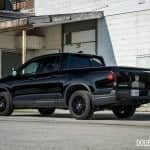 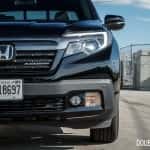 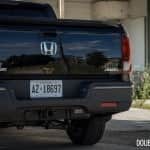 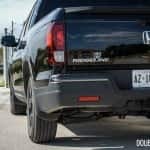 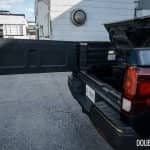 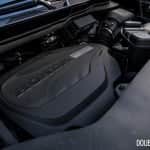 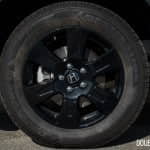 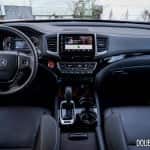 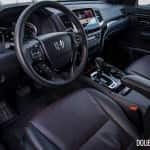 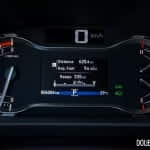 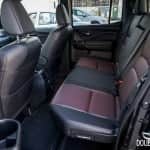 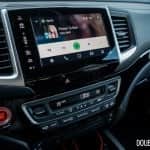 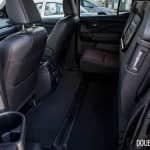 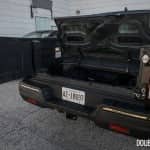 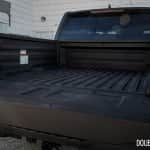 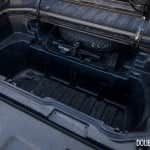