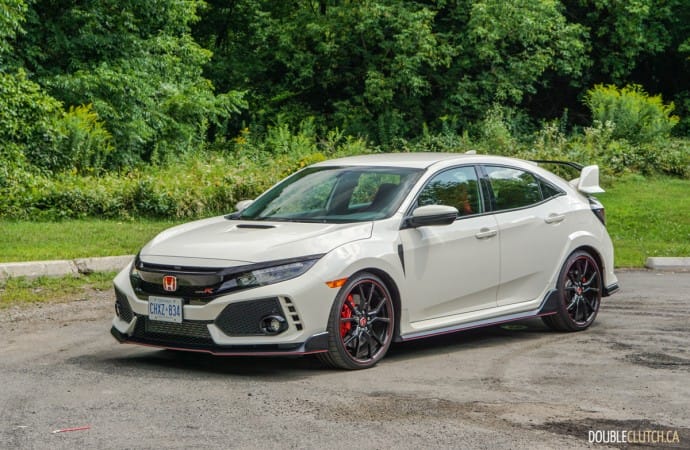 The kind of car that can make you feel alive, even in the most mundane of driving scenarios.

They say don’t judge a book by its cover, but that rarely is a statement applicable to a car. Looking at the 2019 Honda Civic Type R, the unknowing eye might judge it harshly, assuming it is either just a gussied up Civic, or deem it unpleasant to look at. On the surface, the Type R, with its­ massive spoiler and body kit attracting boy-racers is not the most appealing car on the market to the masses. What it loses in appearance, it gains in capability and performance over its Civic siblings, and most other cars in its class. 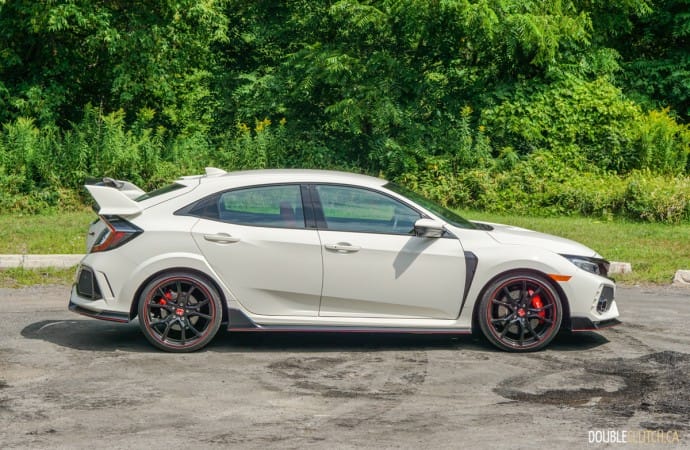 The Type R is a coveted name with a great history and impressive bloodline, where the R stands for “Racing” and any vehicle wearing that moniker is expected to be up to the task. On the market since 2017, this is the first time that North America has been graced with a Civic wearing the Type R badge, but we have seen it before under the iconic Acura Integra nameplate that still is a coveted vehicle to this day.

On the outside, the Type R wears a very different skin than the regular Civic Hatchback (reviewed here) that it shares a form factor with. The fenders stick out more, allowing for wider tires and wheels, and of course more road presence. Red is the theme, with red accents highlighting the unique carbon-fibre covered body skirts all around, red Honda badges, and red Brembo brake calipers. 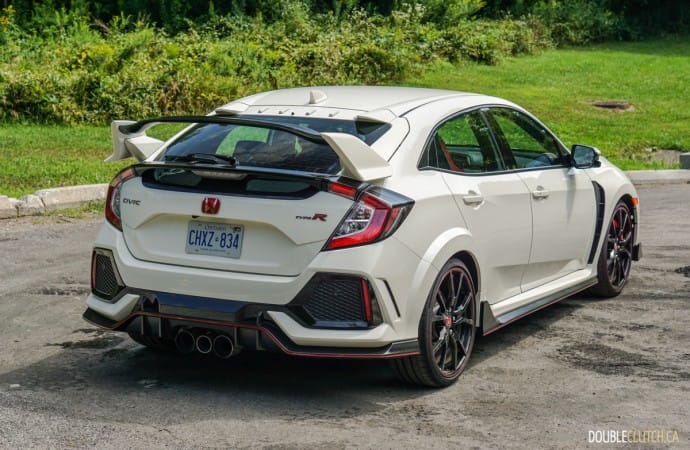 LED headlights and fog lights, a roofline vortex generator, unique bumpers, 20-inch black wheels are along for the ride with the Civic Type R. Rounding out the exterior differences are the not-so-subtle trunk-mounted wing spoiler and the unique triple exhaust tips that instantly stand out from the norm.

Inside the Type R the red theme continues, with a steering wheel that has red stitching in the leather, red accented dash and door trim pieces, and red outlined floor mats. red stitching on the shifter boot and suede armrest. The two-toned red and black front seats are emblazoned with the Type R logo and have a whole lot of bolstering going on to keep you planted around corners. 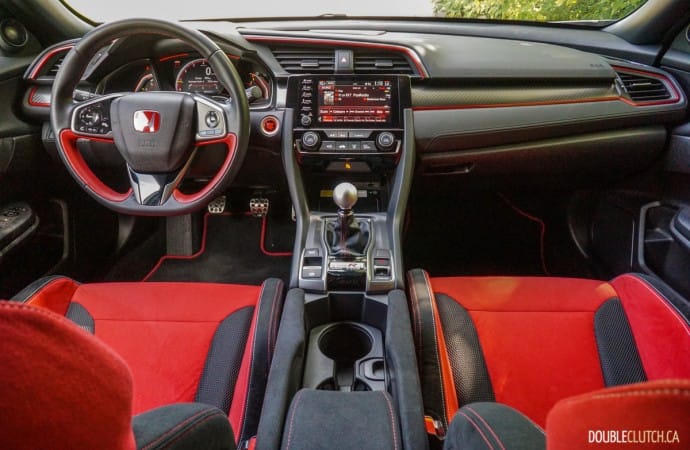 Of course, being a Civic at heart, the Type R is reasonably roomy for front passengers. Rear passengers have decent legroom, and may be pleasantly comfortable thanks to the higher roofline provided by the hatchback design. Of important note are the unique rear seats. Unlike the regular Civic Hatchback, the Type R has no middle seat in the rear, meaning the maximum seating capacity in the vehicle is four occupants. Instead of a seat and an armrest, this area is occupied by cupholders and a shallow storage cubby.

Being the race-ready car that it is, and true to form for a Honda vehicle, there are really no options to add on, which can leave you wanting for some variety if this is your main vehicle. With a monotone paint colour palate of either white, grey or black, notable omissions from a loaded up Civic Si are a sunroof and heated seats. Two packages are available, which are discounted groupings of accessories. Our tester’s as-tested price comes to the $41,690 before taxes and fees.

Looks and cost are trivial matters when it comes to a “toy” car; it’s all about how it drives and handles. This is where the Type R steps away from the Civic and really focuses hard. The steering is sharp, always on point, and blissfully controlled. Acceleration is smooth and controlled at the low end of the rev range, but then the turbocharger takes over, kicks you with some VTEC action and you are launched with a fury typically enjoyed by a large V8.

Screaming right up to the redline, each gear change is simple, accurate and easy to execute, landing you right back into the ideal RPM range to enjoy the boosted freight train level of pull take you along for the next ride. Thanks to some fantastic engineering as well as a helical limited-slip differential and well tuned traction control, there is virtually no hint of torque steer, despite being a front-wheel-drive car. 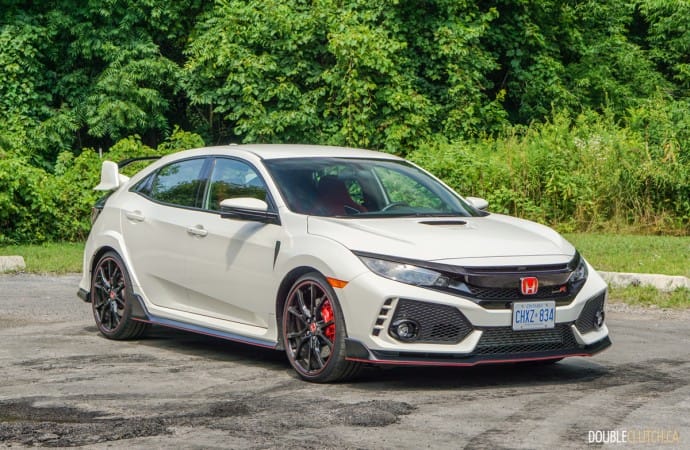 With 101 more horsepower than the next level down Civic Si (reviewed here) the Type R’s 2.0-liter turbocharged four-cylinder pumps out 306 horsepower at 6,500RPM and 295 lb-ft. of torque from 2,500-4,500RPM. All that extra power, as well as the 33 percent higher displacement means the Type R is a relatively fuel hungry monster. In a combined cycle, it burns premium fuel at a thirsty 9.6L/100km. It boasts a city rating of 10.6L/100km and a highway rating of 8.3L/100km. With the same small 46.9L fuel tank as the rest of the Civic lineup, expect to be making a pit stop after spirited driving.

Unlike most other cars on the market, the Civic Type R is only available with a six-speed manual transmission. Gear ratios are matched nicely to the engine’s power band, however we found that there were times in mild traffic where it wasn’t appropriate to shift to the next gear and revs remained high, along with the exhaust noise. Automatic rev-matching is available and is very responsive, making down shifting an absolute breeze and will make novices feel like experienced race car drivers. 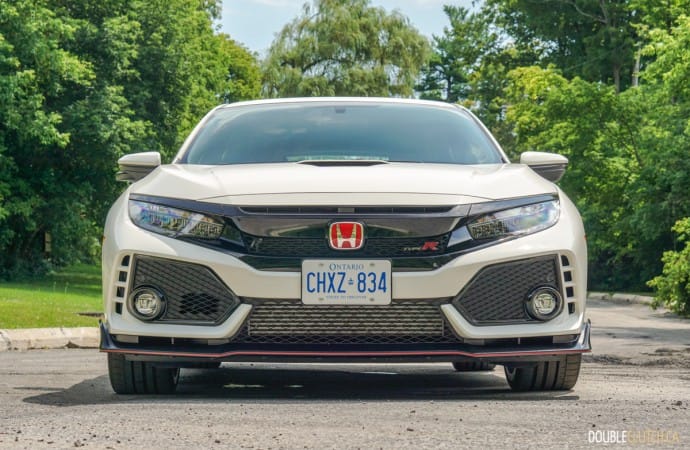 The 2019 Honda Civic Type R is the kind of car that can make you feel alive, even in the most mundane of driving scenarios. Thanks to its youthful race-inspired looks, this is the kind of car that young drivers might be begging their parents to get them as their first car, and that’s a terrible idea. It’s a serious machine, fighting for top spot in the hot-hatch segment against rivals like the Volkswagen Golf R (reviewed here) and the Ford Focus RS. For its all around versatility as a daily driver as well as undeniable clout on the race track, we think the Civic Type R just could be the best of the bunch. 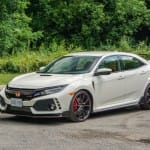 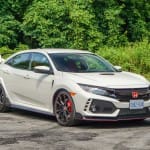 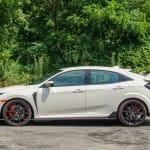 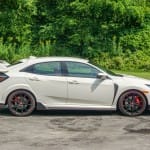 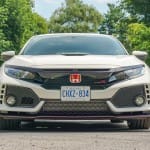 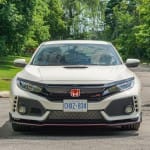 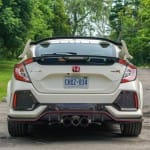 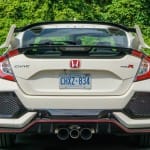 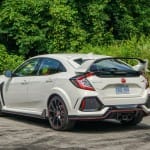 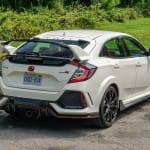 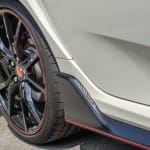 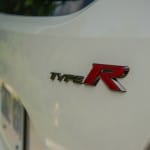 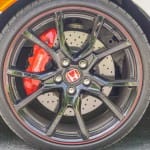 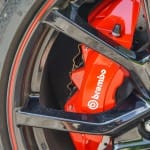 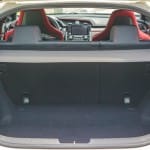 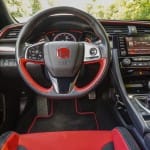 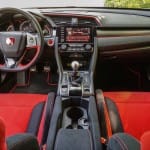 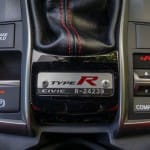 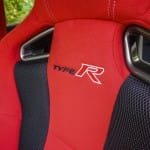 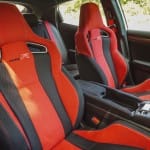 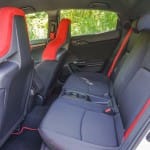 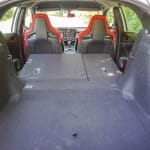