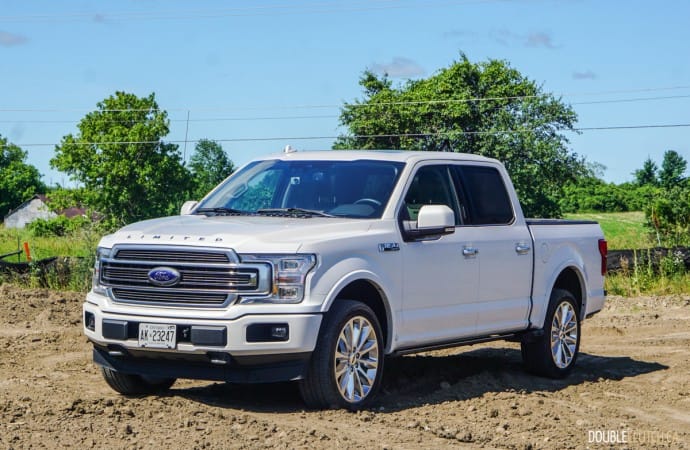 The F-150 Limited is a luxurious vessel that happens to have a truck bed.

In the hotly contested pickup truck market, automakers are constantly looking to make their top tier models stand out. Long gone are the days of slapping more chrome on the outside, extra leather stitching on the inside and calling it the ultimate driveway trophy. These days, automakers are stuffing more horsepower under the hood, and as many creature comforts and neat tech as they can in the body. When it comes to the Blue Oval, the 2019 Ford F-150 Limited 4×4 is the one to have to show everyone you really are the boss. 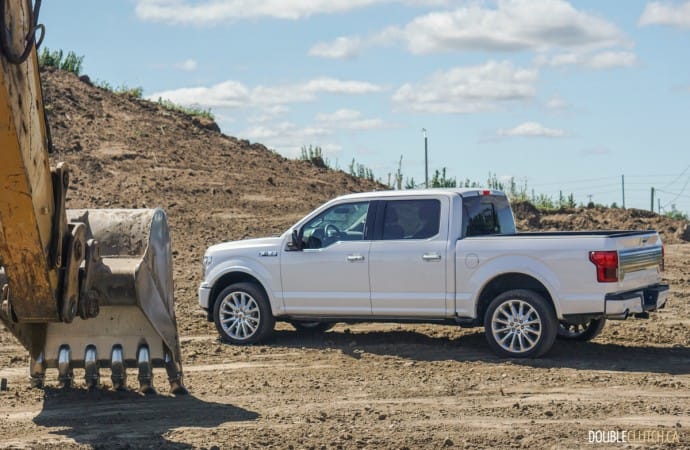 Not to be confused with the trucks meant for dirty job sites and roughhousing, the F-150 Limited is a luxurious vessel that happens to have a truck bed for occasional hauling, and capable of towing anything it pleases. For less than the price of one F-150 Limited, you could have two nicely equipped XLT model trucks to do the actual work, which is why this is the truck meant for the boss and not the jobsite.

Equipped with the same engine as the off-roading monster known as the Raptor (reviewed here), the Limited adds a few other options as standard to the already loaded up Platinum trim (reviewed here). These include a Bang & Olufsen sound system, 22” aluminum wheels, the Technology Package, a twin-panel sunroof and unique front and rear fasciae. 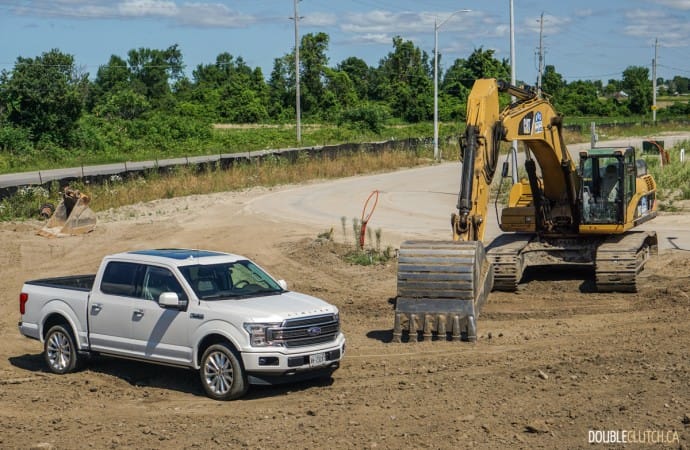 Starting with a base MSRP of $83,629, there aren’t many options available to add on to this top-tier trim besides bed accessories. Limited models are only available in a SuperCrew cab configuration, with a 5.5’ box and 4×4 drivetrain, so you’re out of luck if you need a larger bed. Our test truck was painted in a premium White Platinum that costs an additional charge of $550. On the side of the bed are Box Side Steps ($500), which are a neat idea, but problematic (more on that later) for a total as-tested price of $85,279 before fees, taxes and incentives.

The bed of the F-150 limited still comes pretty well equipped for most jobs you can throw at it. During our week with the truck, we moved an entire backyard swing set, a kayak, and a 20’ extension ladder with ease. Inside the bed is an LED lighting system that is activated via a button near the tailgate for night-time viewing. 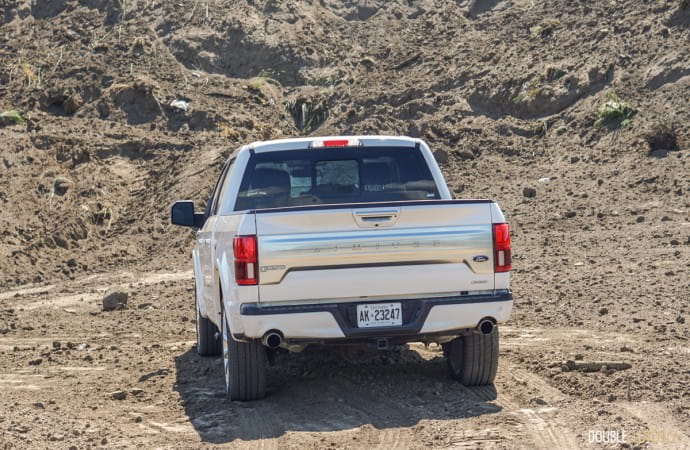 The same cannot be said for the side steps; while they are a nice idea in principle, collapsing the steps back into the body is a chore. Our driver’s side step collapsed with ease, while the passenger side took more than twice as much effort. The same steps on a previously tested F-150 wouldn’t even extend. There’s also nothing to remind you to collapse the steps, so expect them to get damaged during a forgetful episode. This is another area where the solution found on the new GMC Sierra Denali (reviewed here) does the job better. 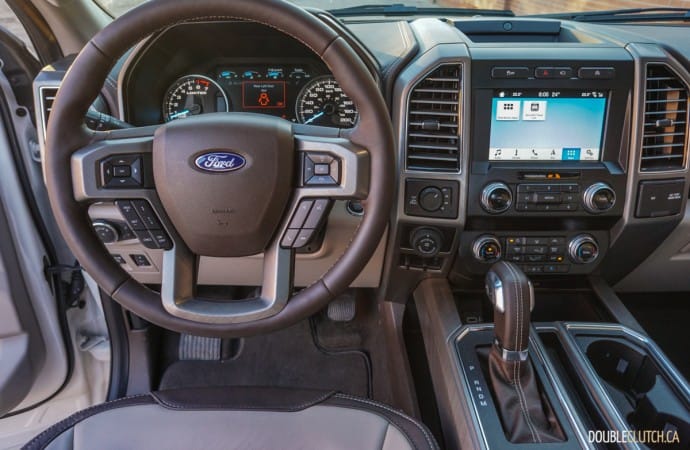 Inside the truck is an entirely different story, and this is where the F-150 Limited shines. The seats are wonderful built two-tone, blessed with heating and cooling up front, and all passengers are treated to an unobscured view of the sky. While not as large and in charge as the best-in class centre screen found in the new Ram 1500 (reviewed here) the eight-inch screen is perfectly functional without any drawbacks, and has Android Auto/Apple Carplay built in as well. Cameras all around help with parking, and the front camera even has a dedicated washer to keep it clean.

The split second row folds up and out of the way when not needed to expose a massive floor space perfect for loading anything you don’t want in the bed. Standard in the rear outboard seats are inflatable seatbelts, a neat safety feature but one that caused issues when trying to install a Britax Boulevard Clicktight car seat using the seatbelt option. The car seat was installed in the center position without issue, and thanks to the cavernous size of the cabin, two adults could sit on either side without even bumping elbows with it. 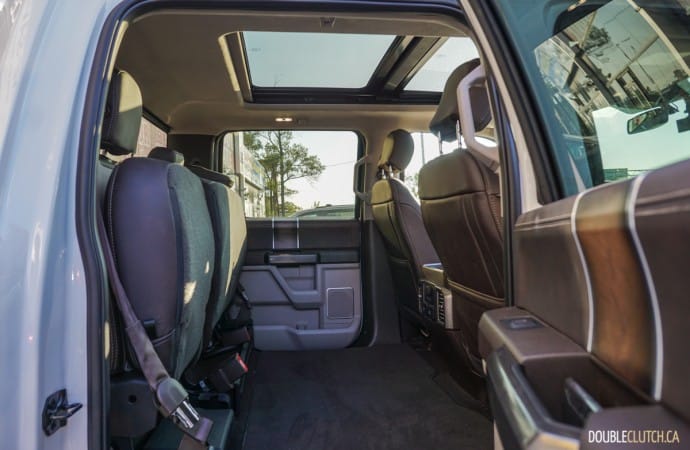 The biggest letdown about the F-150 Limited is also the same thing that makes it so special – the high-output 3.5L twin-turbo V6 engine. Pumping out 450 horsepower at 5,000RPM and 510 lb-ft. of torque at 3500RPM, this EcoBoost engine is a monster on paper. In reality however, the engine doesn’t have that much personality to it. By turning up the boost on the 3.5L engine there’s more turbo lag evident when piloting around the city.

Stomping on the throttle is a mundane experience that starts off with some turbo lag, and then smoothly accelerates the truck to speed. Acceleration certainly happens faster than with the other engines, but it doesn’t feel like it. The available diesel or the 5.0L options provide for a more invigorating experience, without the giant pause. 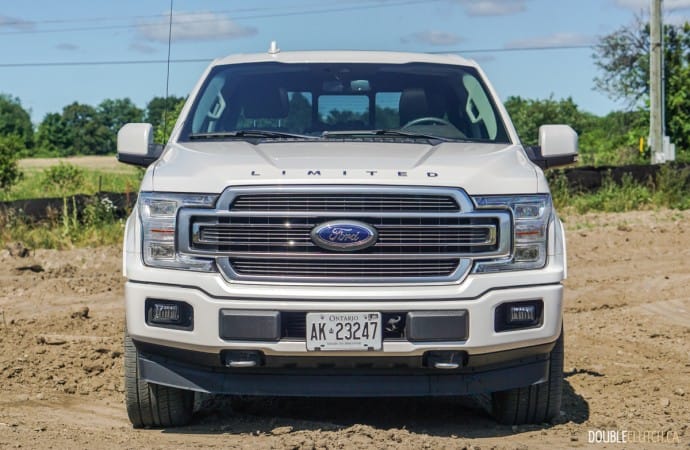 As with almost all other F-150 models, behind the engine is the joint-venture 10-speed transmission also found in the GMC Sierra, but tuned to Ford’s specifications. This best in class transmission is controlled by a traditional shifter in the center console that feels much more natural to use than the push button or knob systems found in other vehicles these days.

Towing capacity and payload are really important criteria for many pickup truck owners, so it is important to note that the Limited is in the middle of the maximum tow rating capacities of the F-150 family, maxing out at 4218kg (9,300lb.), where the regular 3.5L engine can haul up to 5,761kg (12,700lb.) in a similar cab and bed configuration. Similarly, truck bed payload is hampered in the Limited, at just 576kg (1,270lb.) vs 921kg (2,030lb.) in the equivalent 3.5L regular output truck. 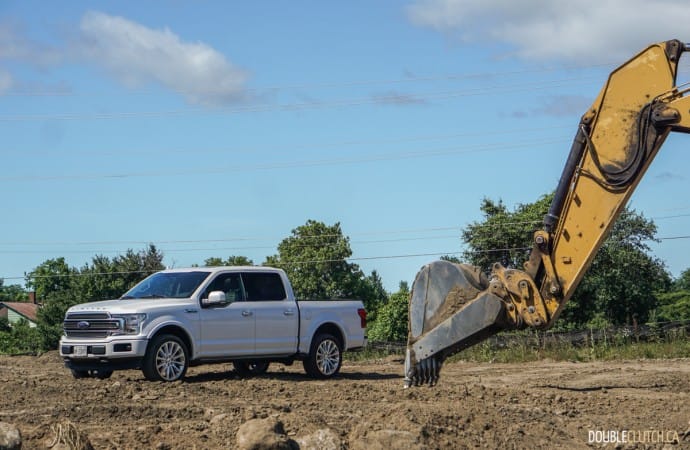 Unsurprisingly, fuel economy numbers are not the best of the family, and it has to do with the added weight of the options loaded up into the truck. While not too far off from the rest of the pack, the F-150 Limited comes with a city rating of 13.8L/100km, highway rating of 11.2L/100km, and a combined rating of 12.6L/100km. Limited models come standard with the larger 136L fuel tank and a recommendation for premium fuel, which is not the case for the regular 3.5L EcoBoost.

Among the top three luxury pickup trucks on the market, the 2019 Ford F-150 Limited is now the oldest platform in the pack, but still one of the nicest. This is an unassuming truck that is extremely comfortable for use as a family vehicle without being flashy. All the technology and roomy cabin make the F-150 versatile for more than just the typical uses of a pickup. As a luxury truck, the Limited has the formula right, but if towing, or a more tactile engine experience play a factor, option up a lower trim and skip the 3.5L HO engine option. 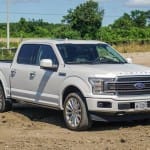 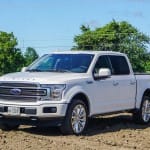 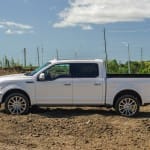 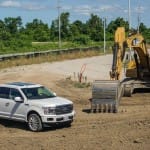 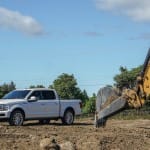 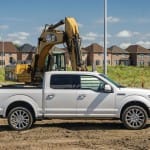 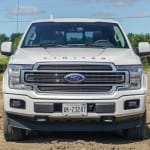 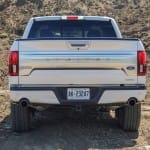 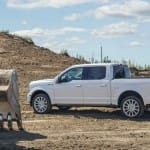 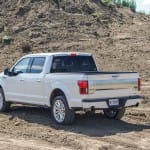 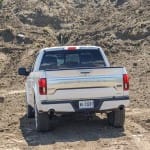 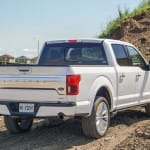 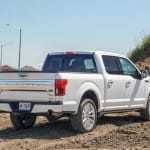 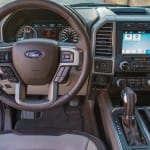 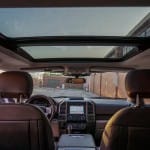 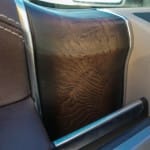 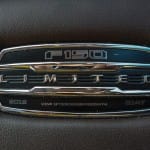 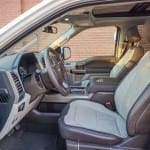 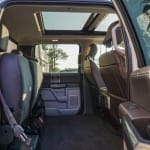