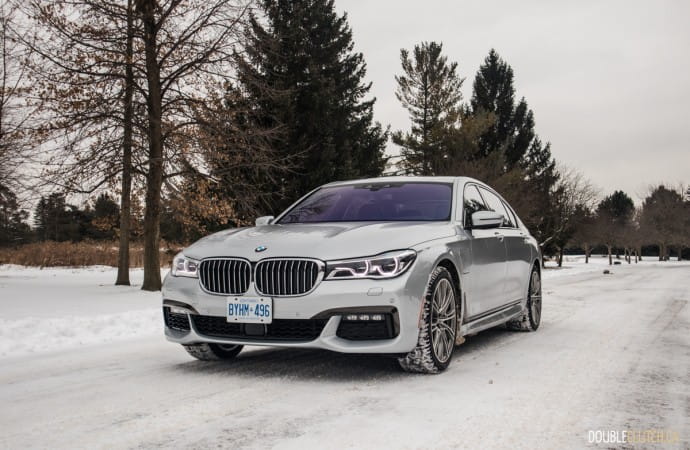 This is the 2019 BMW 740Le xDrive, and it’s the most efficient version of the Bavarian flagship sedan available. It’s also a model offered in favour of the whole “green car” revolution, in which nearly every automaker is unveiling a plug-in or full electric vehicle by the hour. Full disclosure: I absolutely adore the current 7-series, and while the Mercedes-Benz S-Class does many things better, the BMW is a better blend of sport and luxury. The V8 powerplant in the 750i is beautifully suited to the car’s character, so we were interested to find out how this hybrid model would fare in comparison. 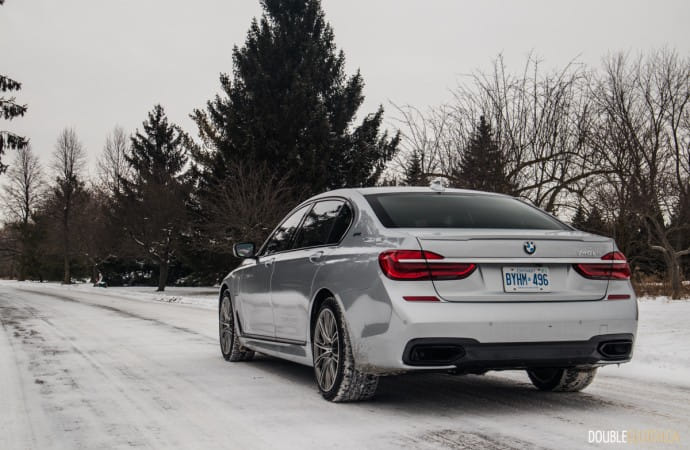 As if there was any doubt, the 740Le does not pack a V8. In fact, it’s a 2.0L turbocharged inline four-cylinder, which on its own is good for 255 horsepower and 295 lb-ft. of torque. This engine is paired to a 111-horsepower electric motor and a 9.2-kWh battery, all coming together for a combined 322 horsepower and 369 lb-ft. of torque. For a car that weighs over 4,700 pounds, the powertrain is a far cry from the twin-turbocharged N63 V8 in the traditional 7-series (reviewed here). The 9.2-kWh battery is also quite small considering the weight of the 740Le.

The way this particular sedan drives takes some getting used to, and it’s vastly different from any 7-series we have tested before. It’s still sufficient for city or highway driving, but it becomes very obvious that this is a four-cylinder engine that wasn’t really designed for a car of this size. It exhibits lazier and coarse behaviour out on the road, and the transition between the electric motor and gasoline engine isn’t quite as smooth as it could be. A ZF-made eight-speed automatic is, as always, the perfect transmission for the job and makes the 740Le feel a bit quicker than it is. 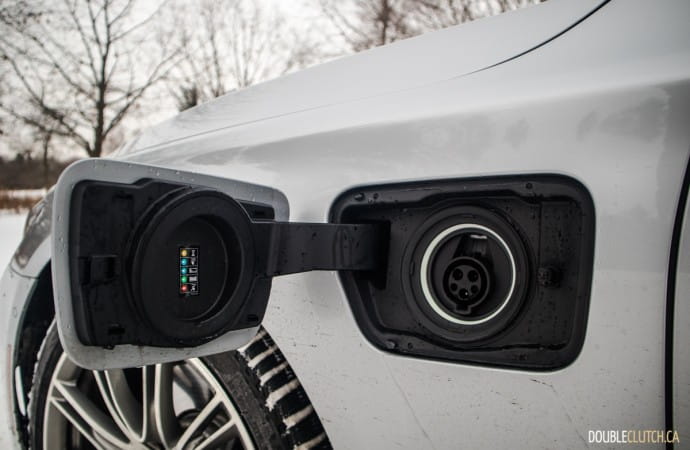 The 9.2-kWh battery is good for about 15km of EV driving range in the frigid temperatures, and this number jumps to a modest 25-26km in more optimal temperatures. This doesn’t sound like much, but the reality is that it will work for the day-to-day commute of the average Canadian. Our own managing editor Jerry Vo snatched the 740Le for a day and used it to commute to and from the downtown core on solely electric power. When you’ve run out of charge, the car functions as a regular hybrid.

Given that our test took place in the heart of winter, we weren’t able to plug in as frequently as we would have liked to. For the most part during our test, the 740Le was driven like a traditional hybrid, a manner in which the vast majority of buyers will use it. In temperatures pushing the negative 20-degree range, the 740Le had no issues keeping observed fuel economy below the 10L/100km mark, seeing as little as 7.1L/100km over longer highway runs. The fuel tank on the hybrid at 46L is smaller than the gasoline 7-series, which can be a bit of a challenge for those who frequently take longer road trips. 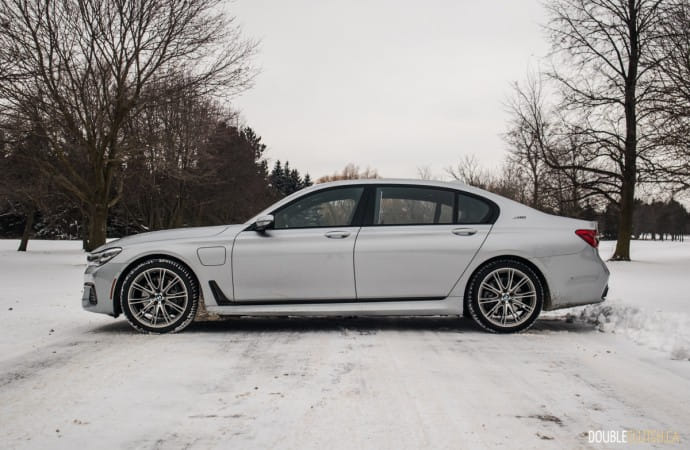 It’s not that the 740Le’s powertrain is bad, necessarily. I personally associate the 7-series with not only unparalleled luxury, but also with a powertrain that’s effortless to operate and can transform the cushy cruiser into a capable performance machine at the touch of a button. Plug-in hybrids geared towards efficiency are very obviously the future, and more and more automakers are ditching thirsty V8s in favour of smaller-displacement engines with forced induction. This one can sprint to 100km/h in about 5.4 seconds, so it isn’t necessarily slow, but it’s still a vastly different experience from the 750i or on the other end of the scale, the M760Li (reviewed here).

Ride quality is very good, with BMW’s excellent Carbon Core and chassis doing a great job absorbing any imperfections as well as remaining rigid. There is zero flex detectable, and the 740Le feels just as planted out on the open road as any other flagship. The regenerative brakes take a bit of getting used to, as in any other hybrid. The 740Le is absolutely silent inside, with almost no road noise making its way into the cabin. Some tire noise was audible from the winter tires mounted to our test vehicle. 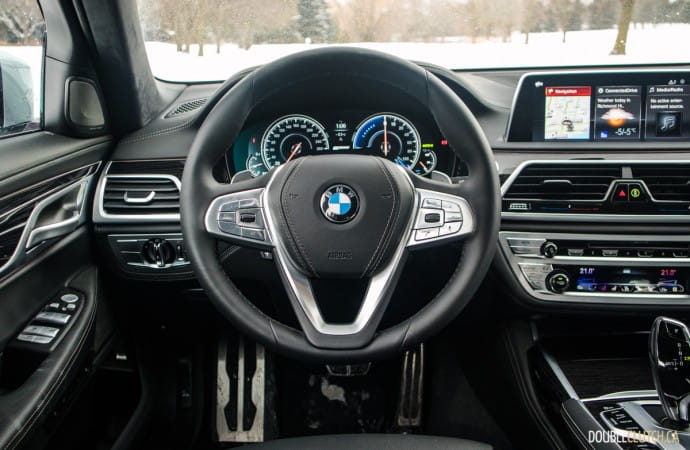 The interior of the hybrid 7 is no different than the rest of the lineup. The driving position is excellent, with heated and ventilated front seats that also have a massage feature. Materials are among the best in the segment, with a dedicated panel for the climate control rather than having it fully integrated into the main iDrive infotainment. The “L” in the 740Le model designation refers to the extended wheelbase, which means legroom and headroom are plentiful for all four outboard passengers.

Speaking of outboard passengers; our test vehicle was equipped with the $10,000 “Executive Lounge Tier 2” package, which also includes an exclusive four-seat configuration. The rear seat setup is akin to a business class pod, with a massage function in the rear, a tablet that controls many functions including comfort and infotainment, and a dual-screen rear entertainment system. There is also a center console in the rear that hides a tray, in case you need to work while you are driven to your next meeting. 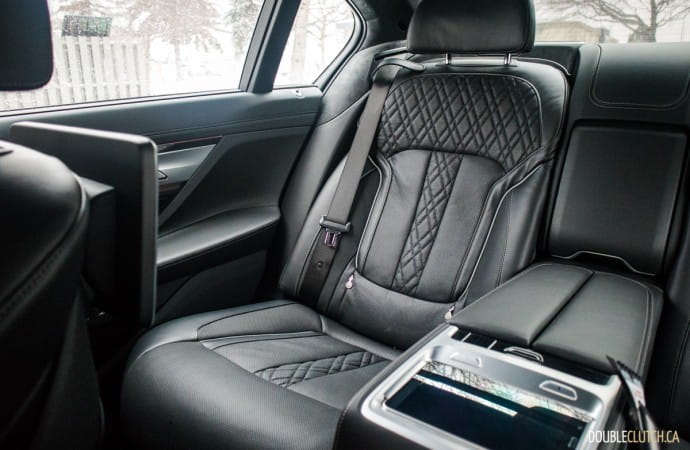 The 7-series was last redesigned for the 2016 model year, and this 2019 model is the last year before its mid-cycle refresh. The forthcoming 2020 model will come with new connectivity and the latest iDrive system we sampled in the new X5, but the current one is still thoroughly good. It includes Apple CarPlay along with the BMW ConnectedDrive servies. We had the vehicle set up with the app, and it allows for basic commands such as lock/unlock as well as monitoring fuel status.

Pricing for the 740Le starts at $117,750, and there are no “green vehicle” rebates available in Ontario at the time of this writing. Our test vehicle had the Executive Lounge Tier 2 package, along with the Executive Package ($7,350), Premium Package ($4,250), Advanced Driver Assistant Package ($2,200), and Integral Active Steering. Key features include full LED headlights, ceramic controls, an Alcantara headliner, a heated windscreen, and the very neat gesture controls for the iDrive system. The total as-tested price came to $143,450 before additional fees. 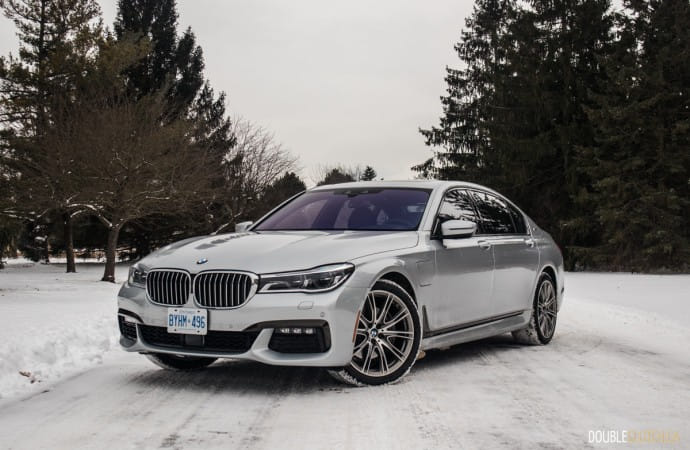 It may seem like a lot of money, but the last 750Li we tested was around $150,000, and also was equipped with an M-Sport package. If you’re doing mostly city driving or could benefit from the all-electric driving mode of this plug-in hybrid, perhaps the 2019 BMW 740Le xDrive is for you. Where every 7-series really excels is road manners on the highway, as they just eat up the miles effortlessly. The V8 is just better suited for that experience, and that’s why our money would go towards the 750Li. 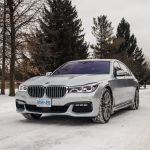 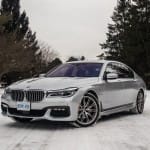 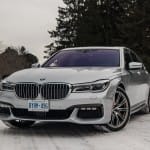 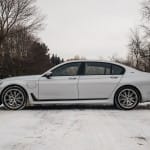 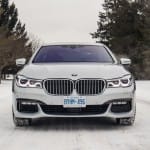 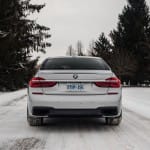 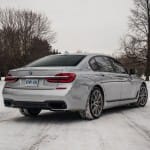 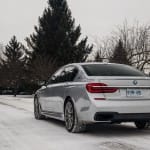 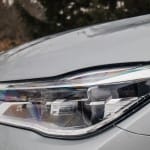 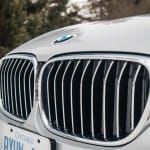 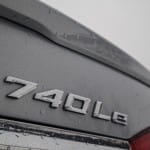 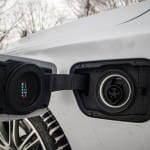 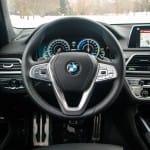 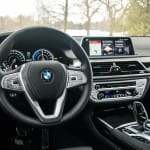 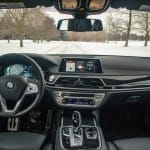 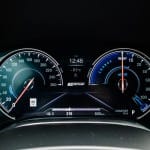 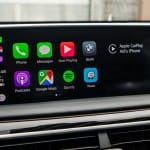 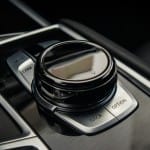 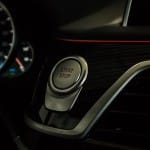 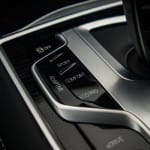 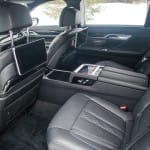 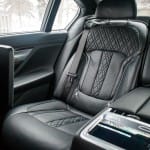 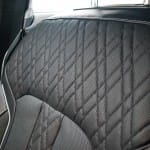