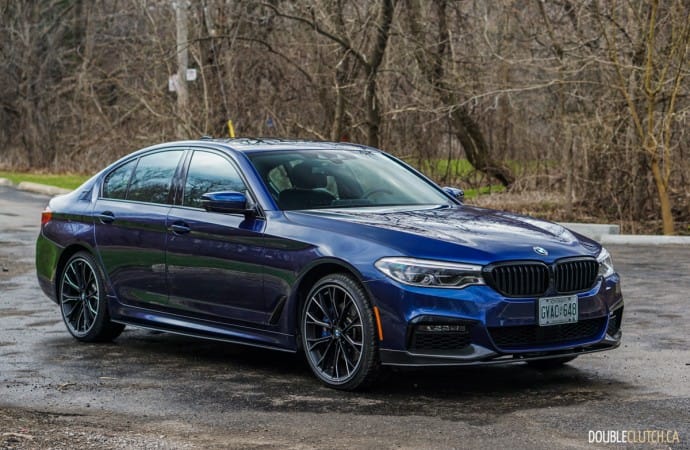 Taking a traditional vehicle and making a hybrid version of it is not an easy feat.

Launched in 2016, BMW’s iPerformance vehicles are hybrid variants of the core BMW lineup, adapting the proven electric technology found in the BMW i3 and i8. The latest vehicle to join the iPerformance group is the 5-series sedan, launched in 2017 as part of the seventh generation of the product line. We jumped into this marvel of German engineering in the form of the 2019 BMW 530e xDrive M Performance Edition, BMW’s mid-size plug-in hybrid electric (PHEV) sedan. 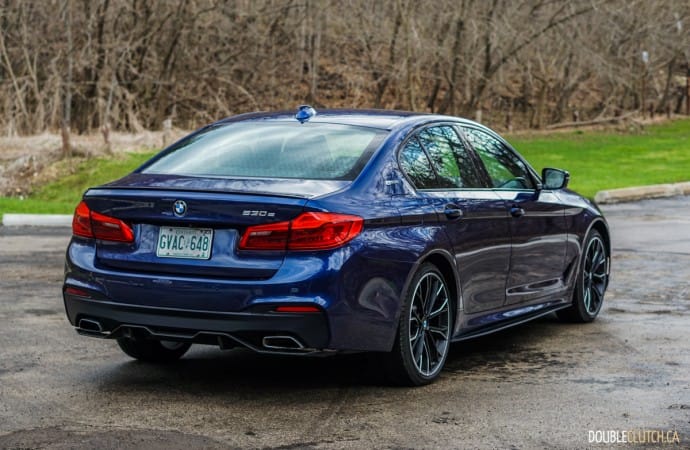 Taking a traditional vehicle and making a hybrid version of it is not an easy feat. Most vehicles end up making some compromises in certain areas to strike balance between driving dynamics and fuel economy, or electric range. BMW opted to compromise on the range here, as the 530e has similar horsepower and more torque as the regular 530i while delivering a powertrain that jumps between modes without making any sort of fuss or drama.

From the outside, the model designation, a few “eDrive’ badges, and the charge port door give away any indication that this is a hybrid vehicle. Inside, passengers see absolutely no differences, but certainly will appreciate how eerily quiet the cabin is at times. Interior fit and finish are top notch, with the patterned upholstery stitching giving a much-deserved air of luxury to go along with the quiet ride. 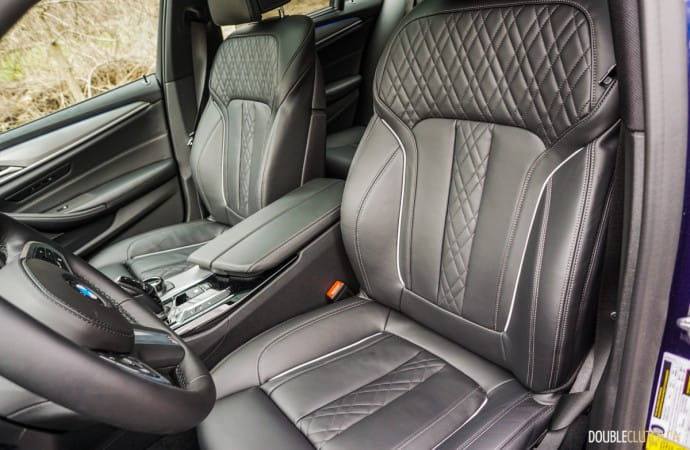 Base MSRP for the 530e is $68,000, a bump of only $4,500 over the 530i’s base price. The M Performance Edition package comes with a price tag of $12,500, pushing the as-tested price of our vehicle to $80,000 before taxes and fees. This package not only bumps this car into a totally different price bracket and market, but it makes it a very different vehicle. 20” M Performance wheels are just the tip of the iceberg, shrouding the bright yellow M Sport Brakes. Inside, there is a lot of creature comfort technology added, as well as niceties like built in sun shades to the rear doors, and a powered shade for the rear window.

Front and rear heated seats, a leatherette dashboard, adaptive LED headlights, surround view camera with park assist, a heads-up display and an upgraded Harman-Kardon stereo are also on the roster for the M Performance Edition. Outside, the major visual differences are a bunch of carbon fibre bits and body accents all around, including a front splitter, rear diffuser and lip spoiler. 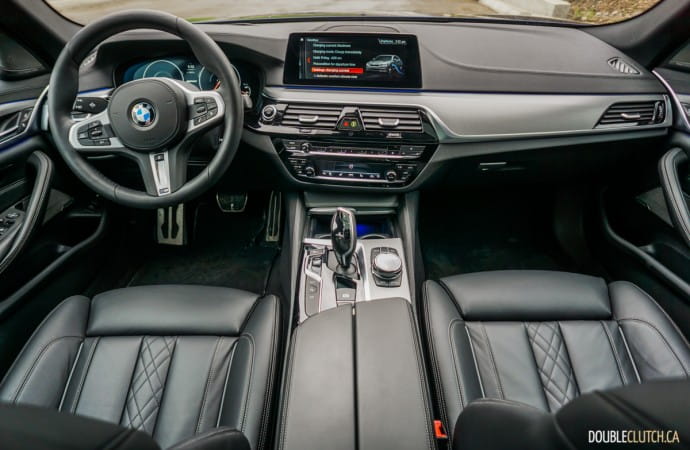 BMW offers an impressive array of interior colour and texture options, and the Aluminum Rhombic trim interior is a fantastic choice to emphasize the uniqueness of the 530e M Performance Edition, giving the interior more of a high tech robotic feel versus the luxe vibe of traditional wood grain.

By stuffing the 9.2-kW battery pack under the rear seat and shrinking the fuel tank (46L vs 68L), there is no real compromise on interior or cargo space when opting for the hybrid model. Being a mid-sized sedan, interior space and legroom is fantastic for all passengers; even a third adult in the middle rear seat position won’t complain too much. Trunk space is great, with ample room for your golf clubs as expected, and a small compartment below the trunk floor that is the perfect spot to store and hide the charging cord if you don’t want to neatly package it inside of its carrying case each time you use it. 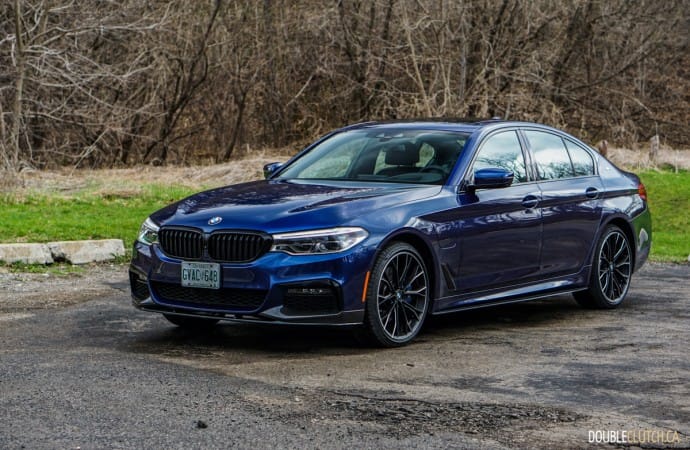 Part of the reason this hybrid system feels so seamless in its execution is because BMW has designed the hybrid package to all operate in front of the transmission. That means that even when running in EV mode, the transmission shifts to keep torque and motor speeds in cheque, and have appropriate gearing under any driving mode. Having eight gears to sweep through lets that small motor have a big impact. 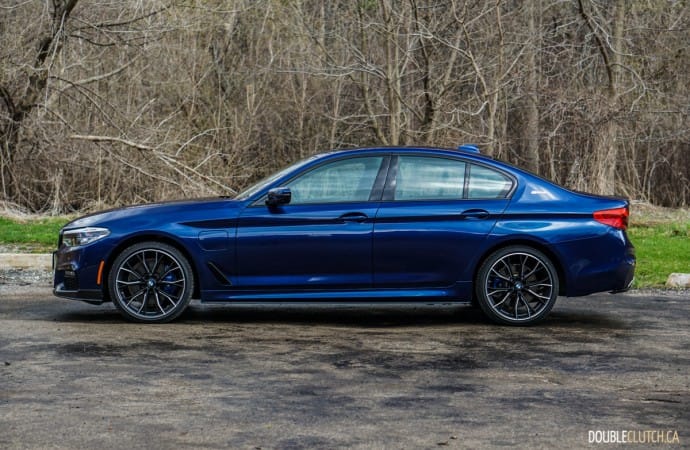 However, sometimes there’s a longer-than-preferred lag when the gas engine needs to kick in, as the transmission might have to downshift at the same time. That lag isn’t the end of the world, as it is comparable to turbo lag on most single stage turbocharged vehicles, and it only happens under very specific driving conditions.

Knowing their audience, the 530e is only available in Canada with the xDrive all-wheel drive-system so fuel economy numbers take a slight hit for this added weight and capability. As a PHEV, the 530e is rated for 3.5L(e)/100km and an electric-only range of 24km. During our testing of mixed city and highway the projected range showed 22km at its highest. It’s worth mentioning that our test took place at the tail end of winter, so near-freezing temperatures were in play here. 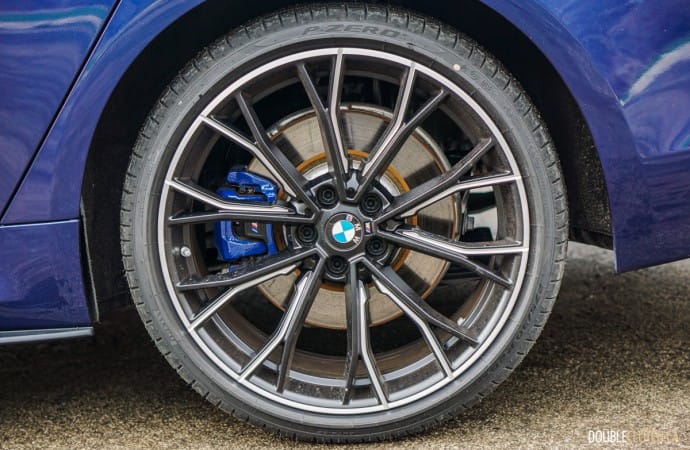 When operating in the traditional hybrid mode, the 530e is rated for 8.8L/100km city, 7.7L/100km highway, and 8.3L/100km combined. Compared to the 530i’s ratings of 10.2, 7.2, and 8.8L/100km respectively, spending that extra $4,500 only makes sense if the majority of your commute is in the city. It also makes sense if you can plug in while at home and/or work to take full advantage of the battery. If you didn’t catch it, look closer – the hybrid is less fuel efficient on the highway than the 530i once you’ve used up avaialble EV range, and it has a smaller fuel tank too.

Whether in EV mode or on hybrid power, the 530e is unmistakably a luxurious BMW sedan. Smooth acceleration and a very nice steering feel match the well-tuned suspension. The cabin is very well insulated from road noise, making EV mode almost too quiet if you aren’t enjoying the Harman-Kardon sound system. Other comparable vehicles that do this very well are the Volvo S90 T8 (reviewed here).  If you’re looking to lean heavily towards the electric market, certain configurations of the Tesla Model 3 (reviewed here) might be worth a look, but it won’t have the fit and finish or class of a BMW. 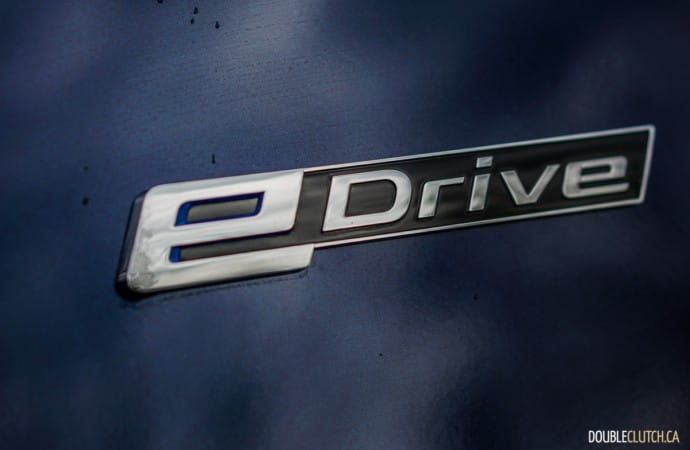 Starting your day off in EV mode swaddled in the confines of the 2019 BMW 530e xDrive’s cabin is a great experience, especially from the driver’s seat. BMW has put together a plug-in hybrid version of one of their best cars without compromising on its character or utility. This is a car that sets the bar pretty high for any manufacturer looking to get into the PHEV game, and will consistently look good doing it. 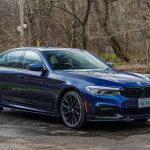 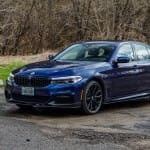 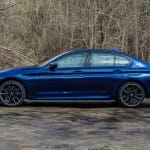 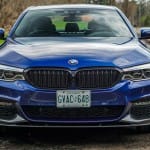 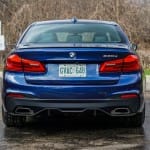 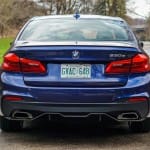 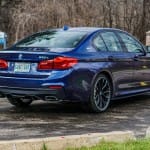 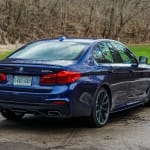 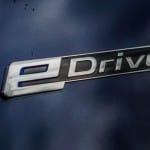 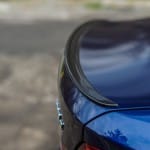 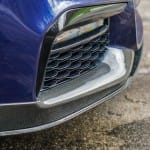 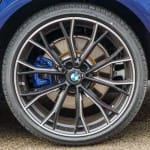 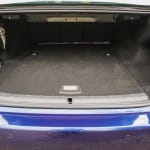 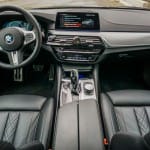 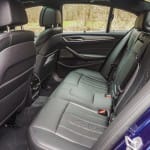 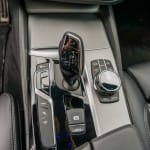 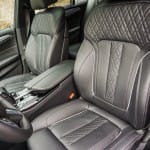