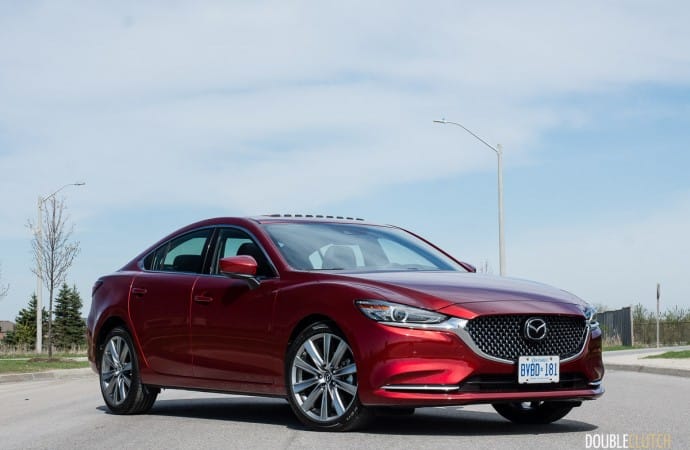 In the driver’s seat, the Mazda6 Signature's turbocharger provides big torque for those who miss V6 power.

While everybody is eating up the red hot crossover utility vehicle (CUV) market, it’s important to remember where these “trucklets” came from. Most of us who grew up before the CUV may remember sitting in the back of a Toyota Camry, Honda Accord, or Chevy Malibu. The cars have all grown, but a lot remains the same: four doors, front-wheel drive, and mainstream competency just the way Mazda likes it. Mazda Canada sent over a fully-loaded Mazda6 Signature, painted in a stunning Soul Red Crystal Metallic for a week-long evaluation. 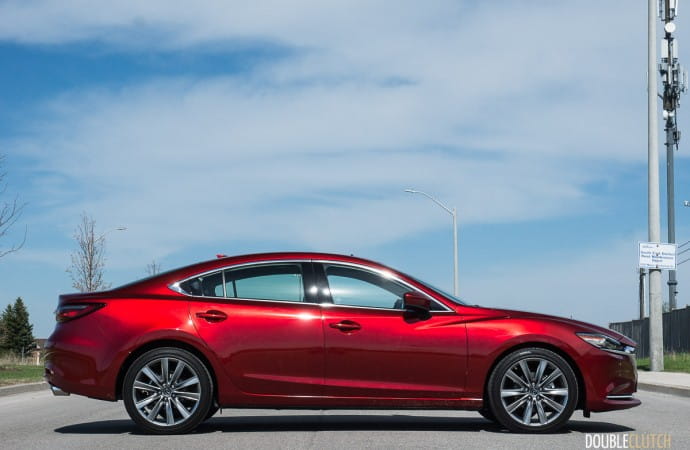 The Soul Red Crystal Metallic is an update to the previous Soul Red Metallic, and this colour really needs to be seen in person to appreciate. The pearl and metallic elements all reflect and interact with light in ways that is very impressive. The fact that Mazda only asks for $450 for their best colour is a relative steal, compared to other “paint-to-sample” options available elsewhere (read: much higher up) in the in the industry.

The 2018 Mazda6 is a minor refresh on the existing third-generation car (reviewed here), which has been around since the 2014 model year. The platform and overall shape of the body doesn’t really change, so consider this a refinement of Mazda’s excellent KODO design language. New standard LED headlights and taillights with chrome trim better integrating into the headlight housings, and an updated grille design help distinguish the 2018 Mazda6 from previous versions. Overall, the Mazda6 continues to be one of the better-looking options in the midsize sedan segment, though it’s not quite as bold as what Toyota is doing with the Camry (reviewed here). 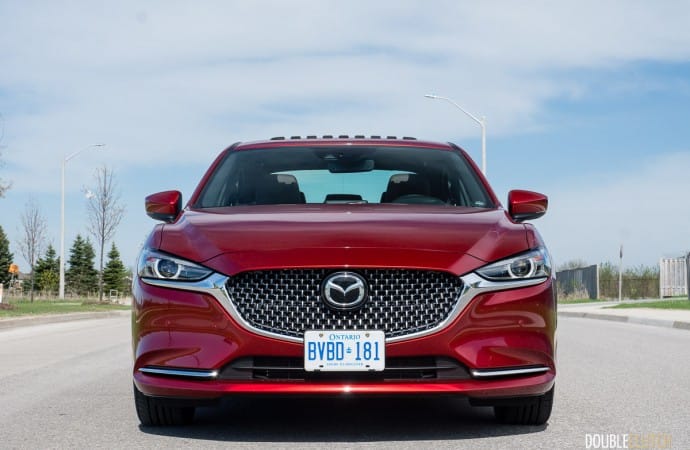 The interior of the updated 2018 Mazda6 is where Mazda focused a lot of their resources on. While the cabin doesn’t appear to change significantly, there are several nice touches that allows Mazda to position themselves as more of an upmarket brand. New Japanese “Sen” wood trim is convincing, and the Ultrasuede trim in several other spots is nice to touch. However, Mazda still likes their glossy piano black plastic around the gear selector, which makes for a fingerprint and dust magnet.

An eight-inch infotainment interface continues to live at the top of the centre stack, but Mazda still remains one of the few holdouts in the automotive industry for not yet offering Android Auto or Apple CarPlay smartphone integration. Even Toyota, who has stubbornly refused to go down that route, is now starting to offer Apple CarPlay (one step at a time). In lieu of using a smartphone-based navigation system, the GT and Signature trim both come with integrated satellite navigation. Climate and temperature control is a strong point in the Signature, with a heated steering wheel, heated front and rear outboard seats, as well as ventilated seats that “suck” air away from you, rather than blowing air outwards through the seat perforations. Lastly, the instrument cluster on the Signature model is updated to a mostly-digital 7-inch LCD housing the speedometer. 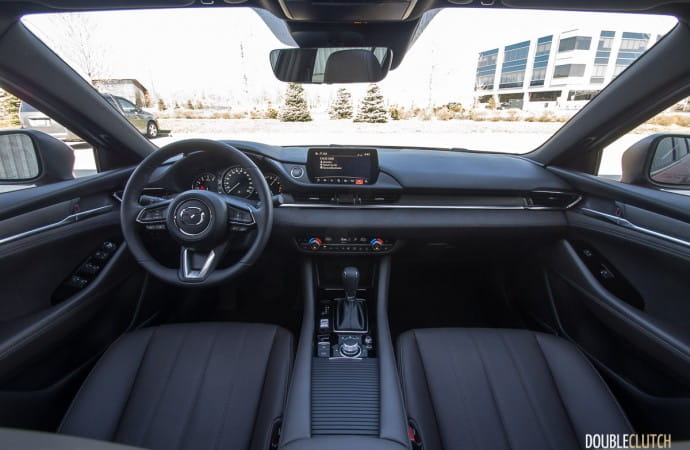 The most significant change to the 2018 Mazda6 is the available engine under the hood. The Mazda6 has always produced “adequate” power with its 2.5L SKYACTIV-G four-cylinder, good for 185 horsepower in the previous version. Borrowing from the larger Mazda CX-9 (reviewed here), Mazda drops in a turbocharged SKYACTIV-G 2.5T four-cylinder, renowned for its practical torque delivery. Featuring direct injection and Mazda’s Dynamic Pressure Turbo, it is rated at 250 horsepower at 5,000RPM with 93 octane fuel, though that number drops to 227 horsepower if you feed it regular 87 octane fuel. Torque is the big number: 310 lb-ft. at 2,000rpm. This brings the power figures more in-line with the larger players in this class. Even though the base engine was more than enough, comparing the Mazda6 to the Toyota Camry V6 and Honda Accord 2.0T really highlighted the missing piece of the puzzle.

Power is routed to the front wheels through a slick-shifting six-speed automatic transmission. I’ve come to like Mazda’s transmission calibration a lot: their aggressive torque converter lock-up strategy produces a very direct feel, and overall, it feels so much better than a continuously variable transmission. One downside to the 2018 update: there is no more six-speed manual transmission option for any Mazda6 sold in Canada. This is especially unfortunate, considering how good that shifter and clutch interface was. The 2018 Mazda6 in the United States still gets a manual transmission option in the base model. 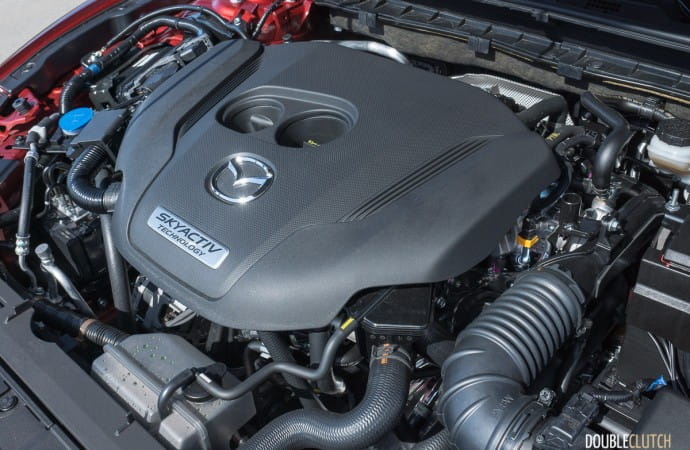 Mazda Canada rates the Mazda6 Signature with the 2.5L turbocharged gasoline four-cylinder engine at 10.0L/100km in the city and 7.5L/100km on the highway. During my week of mixed city and highway driving, I ended up with an indicated average of 9.3L/100km, which is very decent considering the 310lb-ft. of torque on tap. The turbocharged 2.5L engine isn’t fitted with Mazda’s new cylinder deactivation feature, however. The fuel tank will accept 62L of regular 87-octane fuel or 93-octane if you’re looking to make the full 250 horsepower. Gasoline prices in the Greater Toronto Area have not been very friendly these days, so having the option to run with 87-octane, without a serious penalty, is handy.

In the driver’s seat, the Mazda6 Signature with the turbo provides big torque for those who miss V6 power in family sedans. While Toyota still offers a V6 in their Camry, the Mazda6 generates that power in a different way, with all of its torque available low in the rev range, as opposed to the Camry where you have to wring out the V6 a little bit. The Mazda6 still manages to feel light on its feet, with good steering feel and taut body control. Mazda says the suspension has been recalibrated, but they feel like subtle refinements, rather than large component updates. Ride quality is very slightly biased towards firm, but enthusiasts are rewarded when the road becomes twisty. Mazda continues to include their G-Vectoring control, which subtly adjusts engine output in corners to optimize weight transfer, which translates to a smoother handling overall. Anybody who has their head in motorsports will know that weight transfer is everything – Mazda’s system is clever in its theory and real-world application. 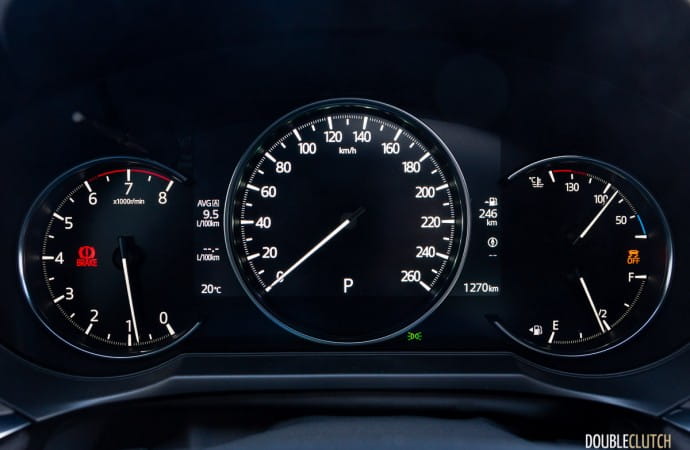 When the road straightens out and the ride settles down, it’s easier to notice the improved soundproofing and insulation – the updated Mazda6 is a much quieter car than it used to be. Tire choice will still affect what you hear on the road, but out of the box, the laminated dual-pane glass and added insulation do a great job calming the cabin down. The sound of the engine is unique, partly due to the 4-3-1 headers and the free-breathing exhaust manifold that Mazda typically puts in all of their SKYACTIV-G engines. 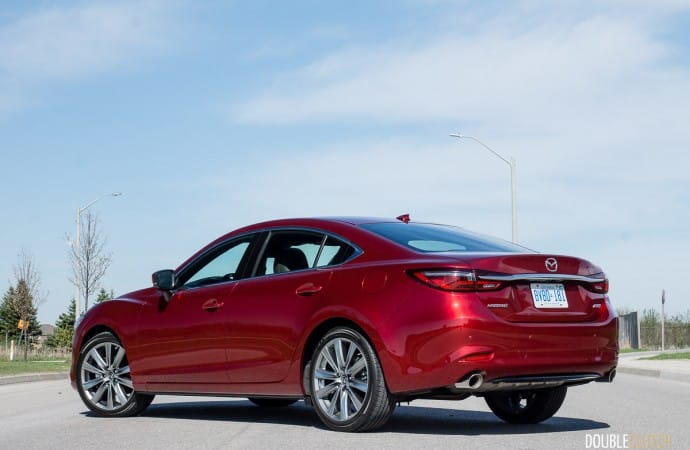 Even though automakers have been focusing on the crossover utility market, none of them have really abandoned the mainstream family sedan. Honda and Toyota have put a ton of resources into their new Accord and Camry, and it shows. While Mazda has been hard at work with updates, the basic bones of the 2018 Mazda6 Signature date back to the 2014 model year. The premium feel and attention to detail both push the Mazda6 to territory that cars like the Camry and Accord don’t want to tread into, out of fear of encroaching into products that their own luxury products appeal to. The Signature gives the enthusiast the sporting chassis it has always been known for, but it now has the firepower to go up against the heavyweights in its class. 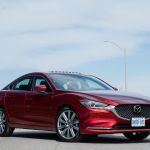 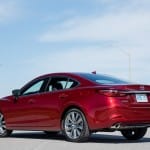 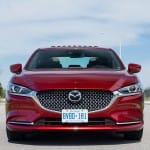 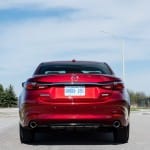 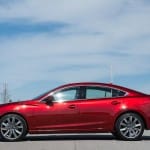 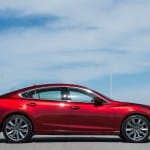 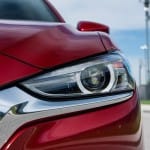 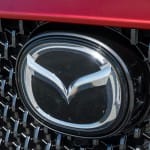 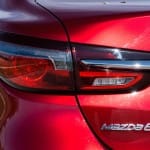 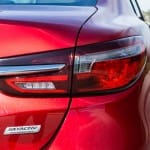 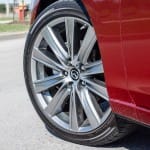 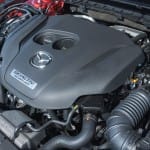 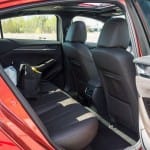 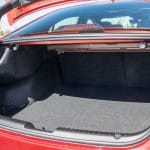 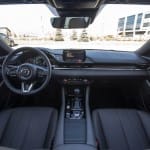 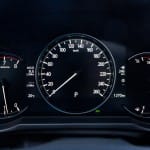 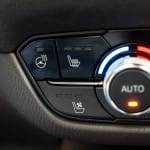 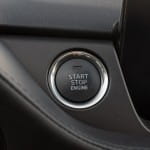 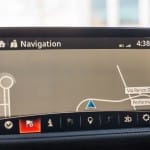 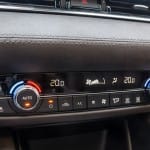 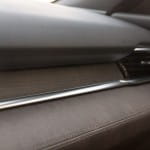 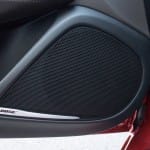