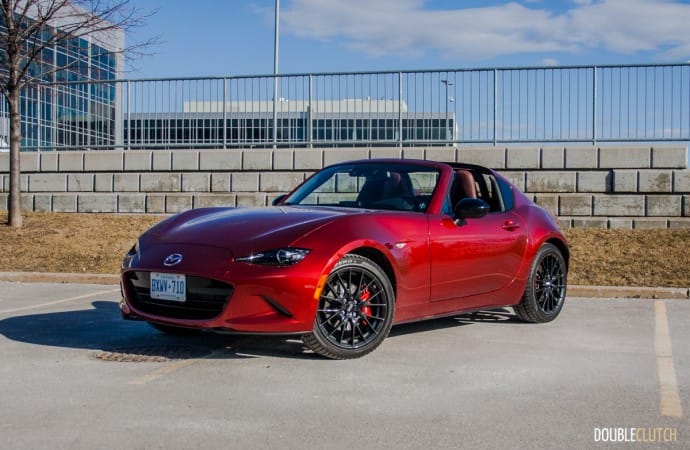 I’ll be blunt comrades: the fronts are falling.

Between the onslaught crossovers, trucks, autonomous vehicles and the laziness of instantaneous but soulless electric torque, we, the driving enthusiasts, are relegated for extinction. In attempts to appease shareholders, car manufacturers have turned from attacking each other in the glory of the 90s with skillfully crafted weapons of the road to the electronic ledgers of the 21st century; with us as the victims. Sports cars don’t sell well – the latter word being the key. It’s not even red ink that they’re worried about, it’s not enough black. 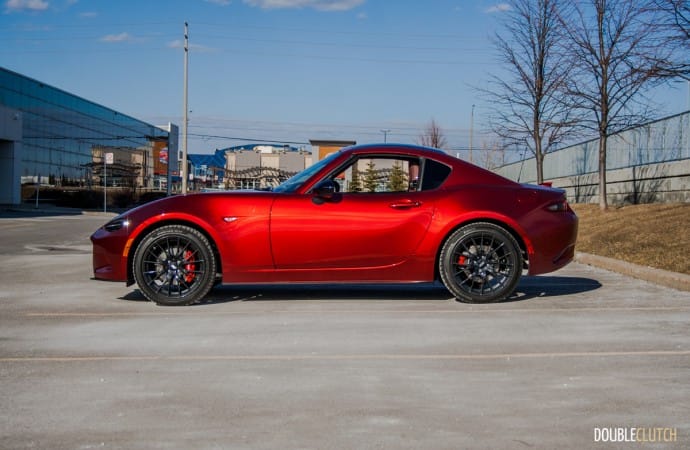 To that notion, its remarkably poetic that the best color (in this enthusiast’s opinion) the 2018 Mazda MX-5 RF Grand Sport can come in is Soul Red Metallic. As one of the smaller car manufacturers in the world (17th globally), Mazda doubled down on their mantra – ‘Driving matters’ – and delivered the fourth generation (ND) of the mighty mouse. Being one of the last standing survivors of the sports car cull of the mid 2000s, this car continues to offer itself as a guardian of the love of the drive. Deemed too big, fat and borderline lazy, the last model was tossed for a mean, pocket-sized fighter that weighs just over 240lb. over the original first generation (NA) at 2,455 pounds.

Standing at only 1,245mm tall and 3,914mm long, the MX-5 is actually shorter than a subcompact hatchback like the Toyota Yaris (reviewed here). Like any proper sports car, getting in and out will definitely make sure you don’t skip leg, lower back and knee day. Thankfully, Mazda’s engineers have laid out the door sides and seat such that you should be able to slide into the seat comfortably. Once in, the seating position is right up there with the best in the industry; everything immediately needed is on hand with auxiliary functions just a flick of the wrist away. 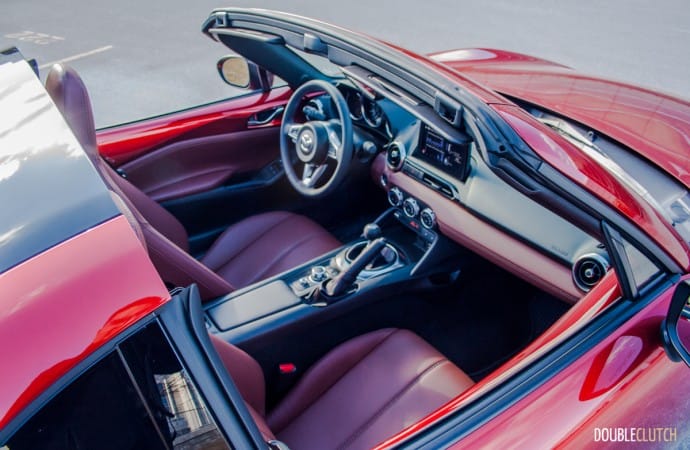 The term RF stands for “retractable fastback” and the implication here is that the hardtop is power retracted into the body leaving a gorgeous silhouette reminiscent of most targa vehicles. Unlike most convertibles, this MX-5 RF does not look like a tub on wheels. Both top up and top down designs complement the arches and aggressive styling the rest of the car carries. The frowning squinting headlights, the wheel arches that poke out at either end of the windshield and the flow to the rear end; all simply magnificent to look at with no wasted space – an exemplary definition of efficiency of design.

What continues to make the MX-5 one of the bestselling sports cars of all time is the way Mazda marries everything about the car together: chassis design, transmission, engine, wheelbase and suspension. In the Japanese philosophy of Jinba ittai (horse and rider as one), the best western anecdote is perhaps the phrase ‘the whole is greater than the sum of its parts’. One does not simply look at the engine and say that the SKYACTIV-G, 2.0L inline four-cylinder only delivers 155hp at 6,000RPM and 148 lb-ft. at 4,600RPM. Or that it is impractical given its tiny dimensions, two seats and only 127 liters of cargo volume. And why does it cost over $44,000 as-tested? 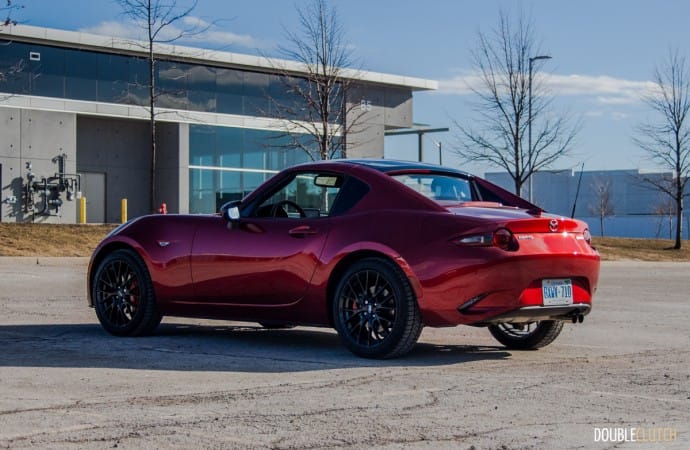 Stop. Please. I beg you. Just drive the car. You will find it the most forgiving yet capable dance partners anyone can offer on the planet. With the incredibly refined double wishbone coil sprung suspension up front paired with independent multi-link in the rear, the MX-5 will do everything you ask it to do all while giving you tactile feedback on how each corner is moving and shifting with you. For those who are new to finding the limits, the MX-5 is a graceful teacher who doesn’t slap you in punishment for your errors, but instead offers a firm but deft touch of guidance. In an almost “are you sure about this?” way, the car can tell you so much about what you are doing wrong but most importantly, pat you on the back when you do it right.

The best part? All of this can be done well within the speed limit. The next best part? Should you choose not to explore the limits, the car is still fun. Even on winter tires, the MX-5 RF (reviewed here) danced across twisty roads and the whole palette of performance driving could be experienced. From the gradual understeer that reminds you that perhaps you were too aggressive on entry, to the giddy tail happiness on a turn in first gear before the Traction Control System (TCS) gently kicks in to nudge you back on your intended path. You will know what you did right, wrong and what you can do better. 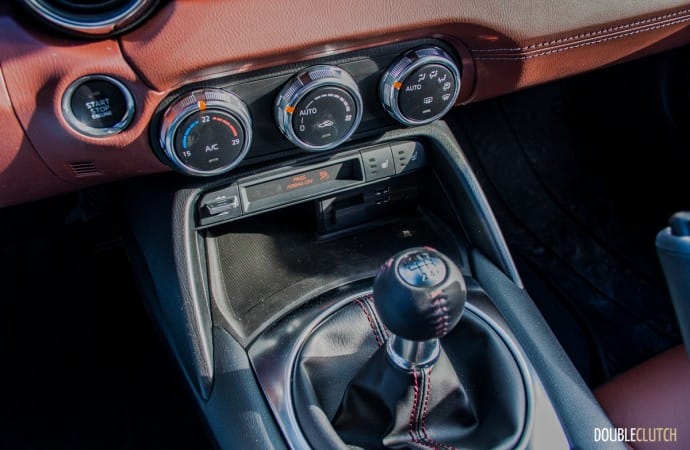 Gear changes in the six-speed notchy and closely gated shifter can be had with immediacy and accuracy thanks to a combination of an intuitive clutch grab point on the pedal and ease of the shifter sliding into gear. Aside from the ever-so-slight delay thanks to the electronic throttle pedal (a taint that runs through all cars these days thanks to various safety and emissions laws), the car rewards clean, smooth shifts with a sense of urgency and power delivery that is equally smooth and responsive as you make it to be. The car may not appear to have much power but it doesn’t have to move much mass either.

Some might complain about the natural tendencies of any convertible to be loud and noisy and surprisingly, the MX-5 manages to attenuate of this by offering a cabin that is rather refined and comfortable enough for road trips. The nine-speaker premium Bose audio system offers a surprisingly good envelope of sound and best of all, the system buries speakers into the headrests for phone calls via Bluetooth. This makes for less-interrupted driving experiences should your life decide to get ahold of you – simply take care of things and get right back into driving as quickly as possible. 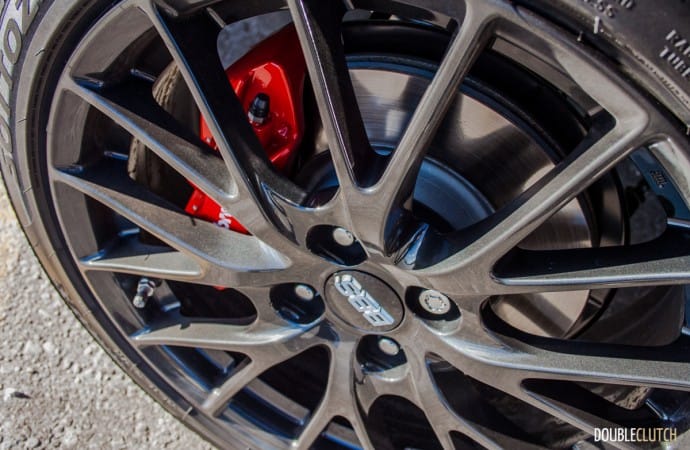 And the end of the day, or in this case, the end of the fuel tank – the car continues to reward by offering me a fuel economy return of 7.5L/100km. Even after all the spirited driving, the needless chagrins from first gear tail happiness, finding the long way home or just an excuse to go out – I still managed to only consume 60L of premium fuel in just over 800 kilometers of joy. This incentivizes you to just keep driving; I’ve known many a MX-5 enthusiast who’ve simply gone on road trips with no plans in mind just so they can keep driving.

This seat time will not only refine your driving capabilities as you build more seat time but also brings a newfound respect and admiration for why Mazda continues to hold the torch for the driving community. As a performance driving instructor, I strongly recommend that everyone, newly licensed or not, drive a MX-5 for at least a couple of years to truly appreciate and understand what good driving (both car and driver) really means. 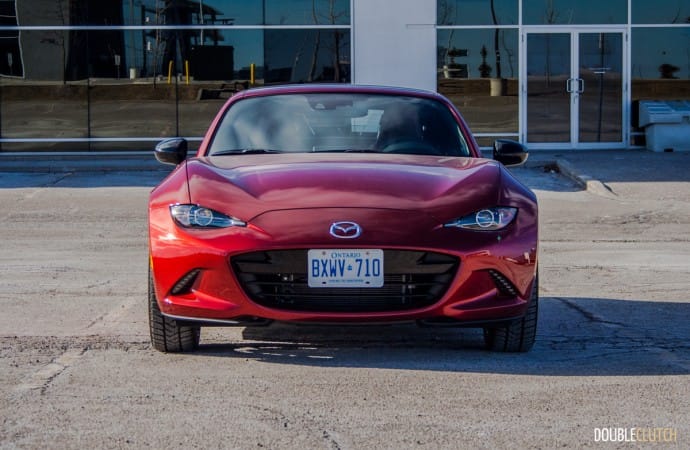 As an auto journalist, I’m supposed to somehow say there’s an equivalent to this car and how you could cross shop this with something else but truly? There is nothing on the market this accessible and this wonderful for most of the population. Sure, some of you will argue that the Fiat 124 Spider (reviewed here) which is based off the same platform but with a different engine (turbo) and suspension tuning, should come close. Again, it should but like I mentioned earlier, this vehicle is more than a sum of its parts. This is the only car I can think of still on sale that reshapes the way you look at the driving world and refines how you approach driving. Driving matters. I couldn’t agree more. 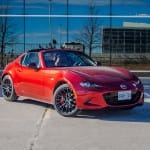 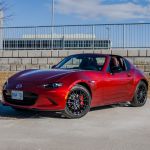 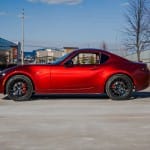 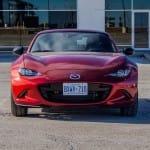 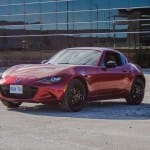 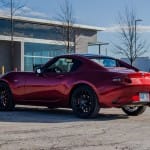 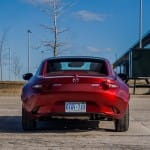 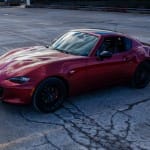 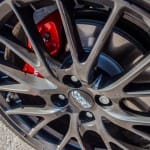 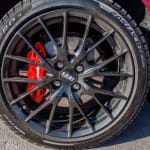 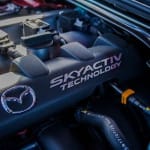 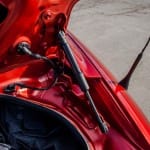 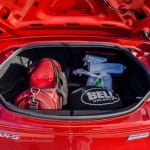 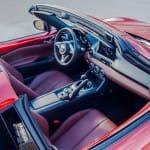 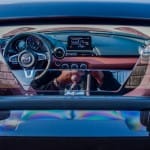 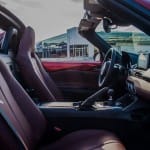 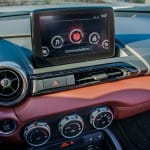 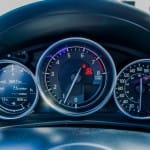 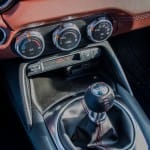 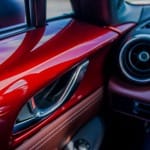 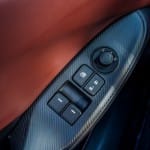