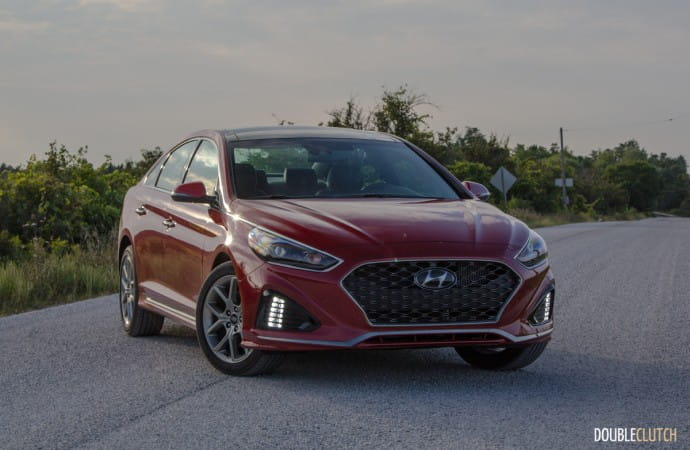 The turbocharged engine also offers plenty of power to move the Sonata with brisk authority, and cruises along in silence.

The Hyundai Sonata is a model that has been slowly chipping away to earn its place in the midsize sedan segment for well over a decade now, but with the release of the seventh generation in 2015, sales have slowly slipped ike the rest of the midsize sedan market. One of the common critiques of the 2015 redesign was that it lost a lot of the aesthetic flare that the sixth-generation won buyers with. So for 2018 the team at Hyundai have given the Sonata a prper facelift to give the car its edgy looks back, along with a decent list of additional improvements.

First and foremost, the 2018 Hyundai Sonata Sport 2.0T is definitely successful in delivering a new eye-catching and sophisticated look. All non-hybrid Sonata models get a similar change, but the biggest impact is to this Sport model, which boasts a huge black mesh grill (cascading chrome on the non-sport models) flanked by LED daytime running lights and LED projector beam headlamps with black housings. Out back, the Sonata has a tall and somewhat European stance; the license plate is moved down lower into the bumper, and the trunk release is cleverly hidden in the center of the “H” emblem. 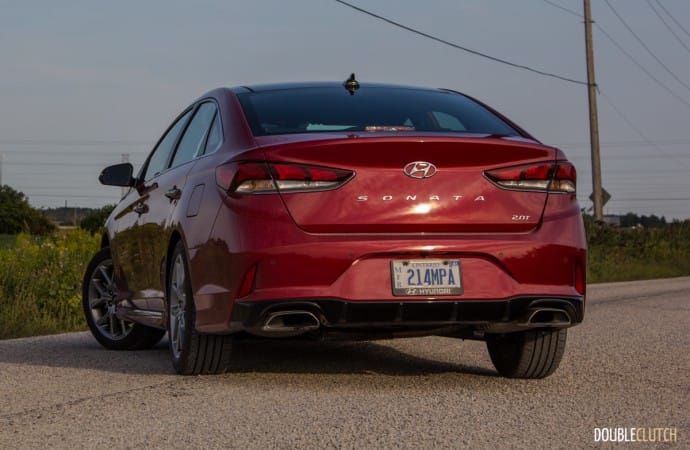 The side profile flows well, but the chrome strip that runs from the headlights back to the window line received mixed reviews. Another exterior trait that caught some attention was the use of both normal chrome, on the window surrounds, and accent strip, and black chrome in other places like the grill and door handles. The 18” alloys on the Sport look great, and come wrapped in high quality Michelin Primacy tires. Overall, the Sonata’s outward appearance is much more assertive than last year’s model, and that seems to be what buyers are looking for in the segment now.

The interior hasn’t changed dramatically, but materials have been improved, and some of the controls have been cleaned up. The Sonata offers a nice mix of real buttons and touchscreen functionality that hits a sweet spot. Functions that you need quick access to without taking your eyes off the road, like climate, heated seats/steering wheel, defroster, and audio all get real buttons that are clearly labeled and within reach. Less urgent functions are accessed through the touchscreen; a smaller 7” in lesser models and a nicer 8” version in upper trims. The infotainment is one of the more intuitive units out there, with clean and easy to understand menus, well laid out displays and no lag-time. Android Auto and Apple CarPlay are standard on the Sonata as well. 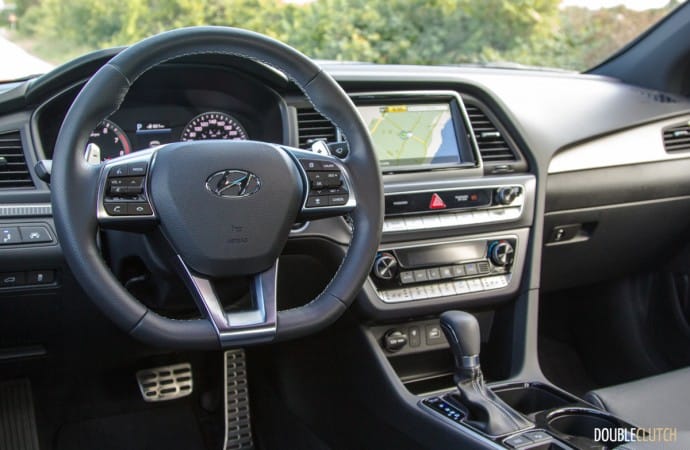 While the materials inside have been improved, the Sonata still does suffer from cheap plastic accents throughout, and some key areas such as door panels still get the hard black plastic treatment. If you’re practical though, that is easily forgiven as the Sonata offers a surprising amount of functionality for a midsize sedan, enough that it should (but it won’t) make some CUV buyers re-think their decisions. The Sonata is seriously large and can boast massive rear legroom, a huge trunk with a wide opening and folding rear seats.

The Sonata’s rear seats can comfortably accommodate three adults, and the trunk easily swallowed a load of luggage that had previously consumed the entire cargo floor (seats folded) of a Jeep (reviewed here). The center console is worth calling out as it’s extremely well-designed with a wireless phone charging pad at the front, a good sized “junk bin” next to the shifter, two large cupholders and a generously sized console storage bin. 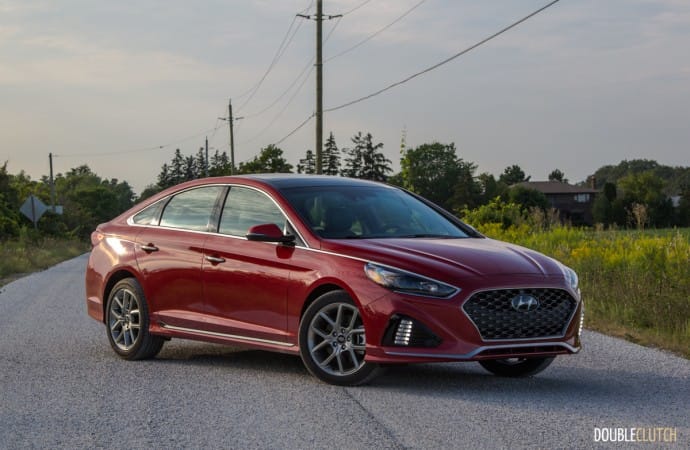 The powertrain remains unchanged from the previous year with most models getting the 2.4L four-cylinder with 185 horsepower and 178 lb-ft. of torque. The Sport model like the test car gets the 2.0L twin scroll turbocharged four-cylinder with a much healthier 245 horsepower and 260 lb-ft. of torque. The one big change from last year is that the Sport model gets a new eight speed automatic transmission, while the rest of the line continues with the six-speed. The Hyundai 2.4L is typically boring, but that only makes stepping up to the 2.0L turbo all the more tempting. In sync with the new transmission, the 2.0L is powerful, smooth and surprisingly refined.

The turbocharged engine also offers plenty of power to move the Sonata with brisk authority, and cruises along in silence too. Throttle response is also positive, as is the quick shifting from the new eight-speed unit, which does a good job of keeping its presence unknown by shifting smoothly and never hesitating to downshift when prompted by the driver’s right foot. 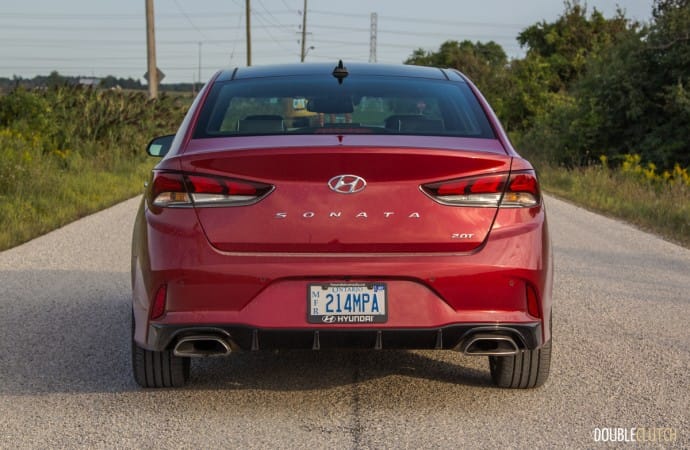 Beyond just the powertrain, the Sonata does feel good on the road as well. It rides very well, and would likely ride even better if it were on a taller tire setup. Steering is sharp, responsive and actually does offer some road feel, a trait missing from most mainstream sedans today. It does float around a fair bit if you ask it to get a little spirited through the corners, but really shines on the highway where it effortlessly passes traffic and quietly cruises away the miles.

Fuel economy is also a positive with this Hyundai. After a week’s worth of rush hour commuting, the average consumption was sitting right at 8.5L/100km and on a longer highway trip the car averaged an impressive 7.2L/100km. Despite the turbo, it’s happy on regular 87 octane as well rather than requiring to splurge for the premium stuff. Pricing for the new Sonata has not yet been released, but it’s safe to anticipate a range from the mid-$20,000s for a fairly basic version with the 2.4L and closer to $37-38,000 for the loaded Sport 2.0T model like the test car. 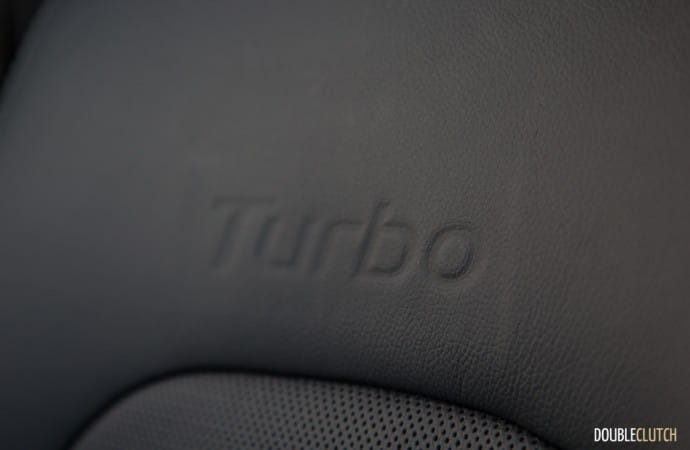 The week with the Sonata turned out to be pretty travel intensive, and rather than getting bored and switching to one of my own cars like I typically would, I chose to spend many more hours behind the wheel of the Sonata Sport. It’s just a pleasant car to be in with tons of space. The ventilated and heated leather seats are well bolstered yet still great for long drives. It not only has all the latest tech, but it’s also easy to use. There is a nice full length panoramic sunroof, a good Infinity sound system, and with adaptive cruise control, I am not sure you could ask for much more from an affordable sedan. On top of it all, the Hyundai is decent to drive with pleasant dynamics, good power and great fuel economy.

The 2018 Hyundai Sonata Sport 2.0T is a reminder that the midsize sedan is still a very viable vehicle; there’s a reason this segment was by far the most popular for decades. It’s because a well-designed sedan really can do just about everything a typical driver could ask of it. A crossover might try, but it will never match the driving dynamics of a comparable sedan and its lower centre of gravity. Unless the higher ground clearance is a necessity or you’re frequently carrying bulky items, a good sedan like this Sonata is worth a second look. 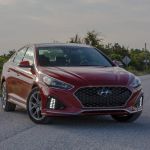 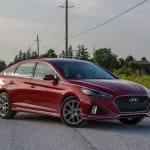 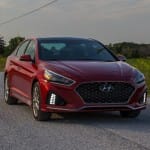 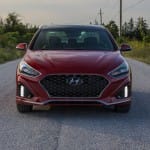 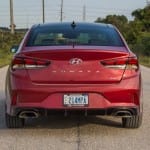 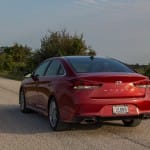 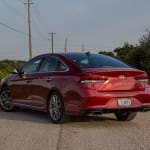 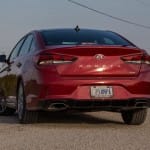 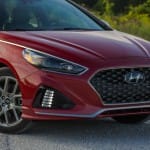 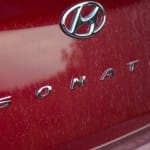 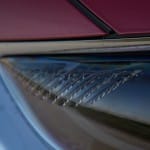 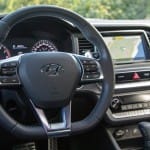 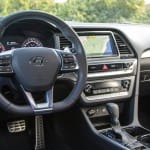 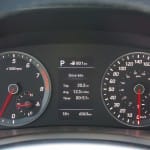 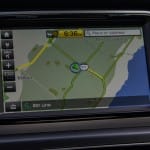 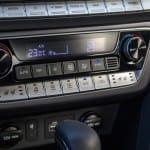 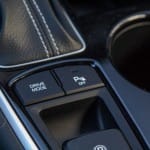 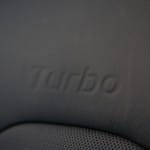 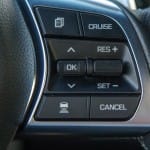 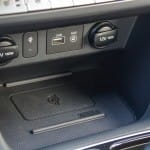 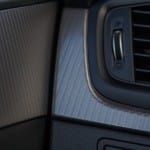