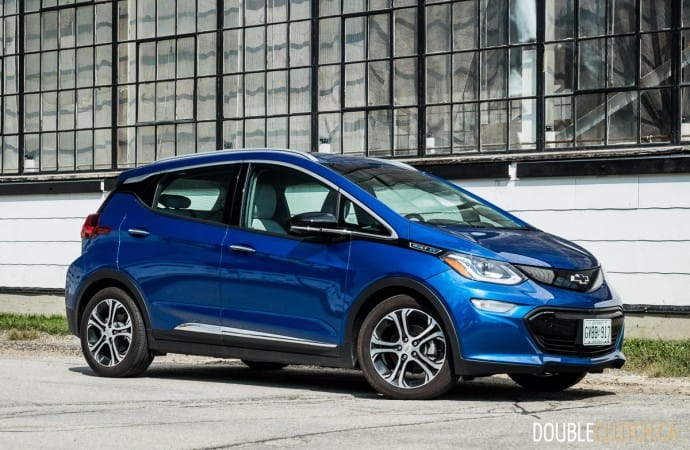 Essentially a base-model Tesla Model 3 that is available today for near-immediate purchase.

With more and more automakers getting onto the electric vehicle bandwagon, consumers everywhere have been quite enamoured, and it’s expected that sales will continue to climb. General Motors may not necessarily be the first name on peoples’ minds when they think of EVs, but the 2018 Chevrolet Bolt EV Premier is their latest full-electric offering, and has been designed that way from the ground-up. While the general public will generally think of the Tesla Model 3 (reviewed here) as the mainstream electric option at the forefront, availability has been slim (but is getting better), and good luck getting the heavily-touted more affordable base model on a reasonable timeline. 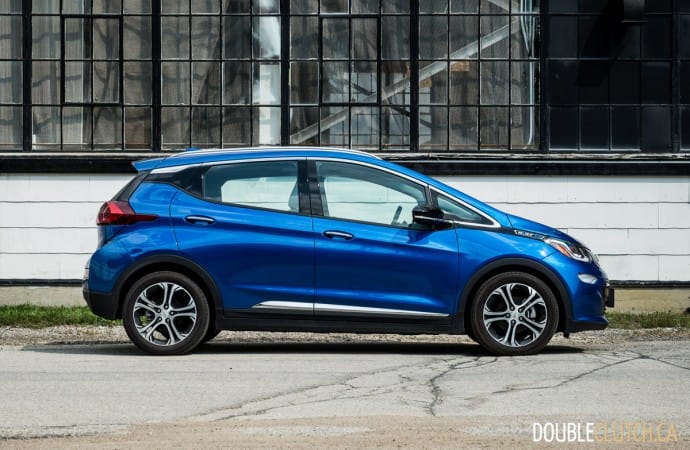 While it starts at a base price of $44,400 for the LT, the as-tested Premier takes things up to $49,095 and comes fully loaded, with $495 for Kinetic Blue Metallic exterior paint and $250 for black Chevrolet bowtie emblems being the only two options. Included for the Premier are high intensity discharge (HID) headlamps, 17-inch allow wheels, leather seats (heated up front and rear outboard), heated leather-wrapped steering wheel, Bose audio, wireless phone charging, MyLink infotainment with Android Auto, Apple CarPlay smartphone connectivity, as well as 4G LTE Wi-Fi hotspot capability via OnStar, GM’s concierge service.

As the Bolt EV’s archrival, the Tesla Model 3 is oft-touted for its Autopilot system, but the reality is that it’s still only a Level 2 or 3 system at best, according to the Society of Automotive Engineers’ six levels (0 through 5) of driving automation. That is, there is still human intervention required either part or full-time, and full attention is always required when behind the wheel. As an extreme, Level 5 is full autonomy to the point that a steering wheel is no longer required, and no manual override is possible. Future software updates will likely improve things for Tesla, but for now, somewhere between Level 2 and 3 will be as good as it gets. The Bolt Premier gets elements of Level 2 autonomy present in GM’s other cars, including adaptive cruise control, lane keep assist with lane departure warning, low-speed forward automatic braking, and pedestrian detection. 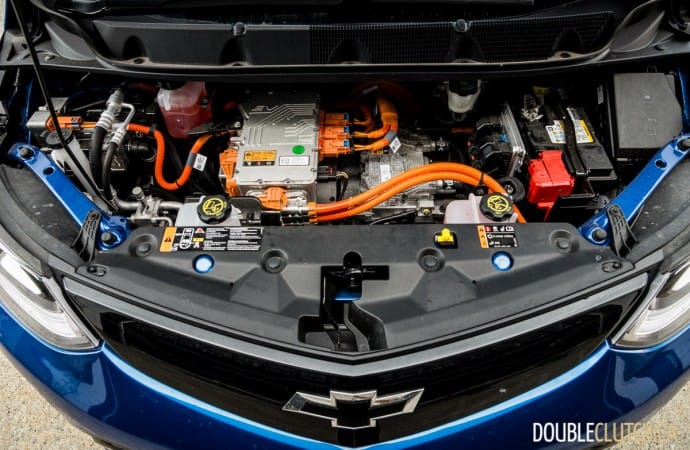 With no gasoline internal combustion engine present at all, 383 kilometres (238 miles) of battery range is the only name of the game for the Bolt. A generous 266 lb-ft of torque available at idle means hilariously good throttle response, and jackrabbit-like starts off the line. If you’re not careful, you can easily overwhelm and light up the front 215/50R17 eco-minded tires before the traction control system comes in to save the day. Chevy says that the sprint from zero to 60MPH (96KM/H) happens in only 6.5 seconds, which is plenty for any sort of daily driving. There’s no loud noises or growls, only a futuristic whine of the electric motor as the Bolt gets up to speed.

Battery capacity is rated at 60 kilowatt-hours (kWh) using lithium-ion construction, and there’s a liquid-based cooling system to keep temperatures in check. Included with the Bolt is a 120-volt charge cord that can charge at about 1.8 kilowatts (kW) when a conventional wall outlet is your only available method of charge. At this rate, a full charge from empty takes well over a day. Having a 240-volt charger at home is an absolute must when owning a Bolt, and its 7.2kW capability is definitely more than enough for a full charge overnight. Realistically, most peoples’ daily commutes will not fully deplete the battery, so an extended overnight charge will hopefully be infrequent. 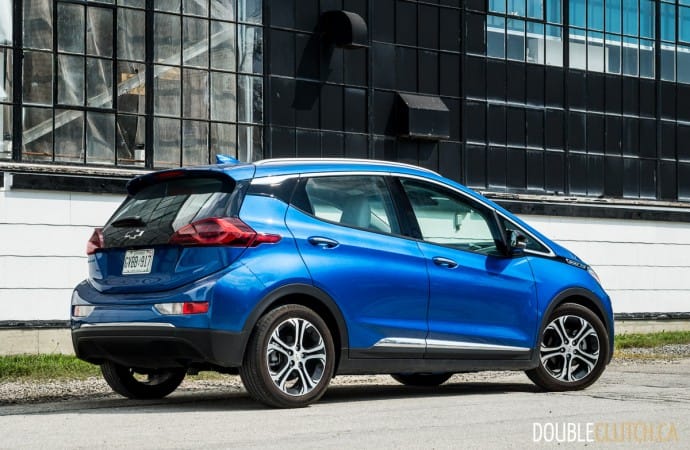 For those who are really on the go, the Bolt is compatible with Direct Current (DC) Fast Charging, which is available at many commercial-grade charging sites. This is similar to Tesla’s Supercharging, but is based on the SAE industry standard J1772 plug as opposed to a proprietary one. Long story short, the two stations aren’t interchangeable, but the good news is that availability for both is getting better by the day. Running at up to 50kW, it’s easy to splash and dash 145 kilometres (90 miles) of range in only half an hour, making it a great way to top up a charge when out and about. Buyers looking to install a 50kW DC Fast Charger at home, however, may want to think twice, as it requires a higher-capacity grid connection. This is usually not available at a residential level without significant cost prohibitive upgrades. Regular 240-volt AC charging will be fine here.

Going by the Government of Canada’s EnerGuide ratings, the Bolt gets an equivalent of 2.0L/100KM combined fuel consumption when considering both city and highway driving. These numbers come about with an assumption of typical Canadian gasoline costs, as well as $0.13 per kWh electricity cost – your jurisdiction may vary. Translating back to electric energy consumption, this comes out to 17.6kWh/100KM; observed consumption after a week of driving showed 14.7L/100KM on the gauge cluster. There was plenty of driving in dense downtown Toronto traffic, and the continuous stop-and-go conditions meant that regenerative braking (where the motor turns into a generator and recovers energy to recharge the battery) recovered a lot of juice for future acceleration. 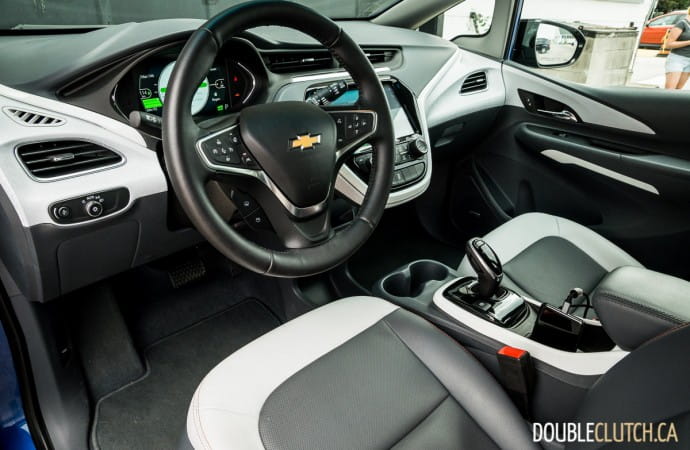 Realistically, those who do more city driving can expect to exceed the 383 kilometre rated range, bearing in mind that mileage may vary based on air conditioning or heater use. In practice, due to a “Service High Voltage Charging System” error (the EV equivalent of a Check Engine Light), DC Fast Charging proved to be difficult, as the Bolt only allowed charging at a 120-volt trickle charge’s pace, despite being able to drive normally.

Another strong suit of the 2018 Bolt happens to be its road manners. The cabin is quiet at any speed, which is a requirement considering there’s no combustion engine drone to cancel out the wind noise. Ride quality is good, and turn-in response is sharper than would be expected for an eco-minded small runabout. The seats could be a little more supportive, as well as power-adjustable; manual seats are a bit of a surprise considering the price point. 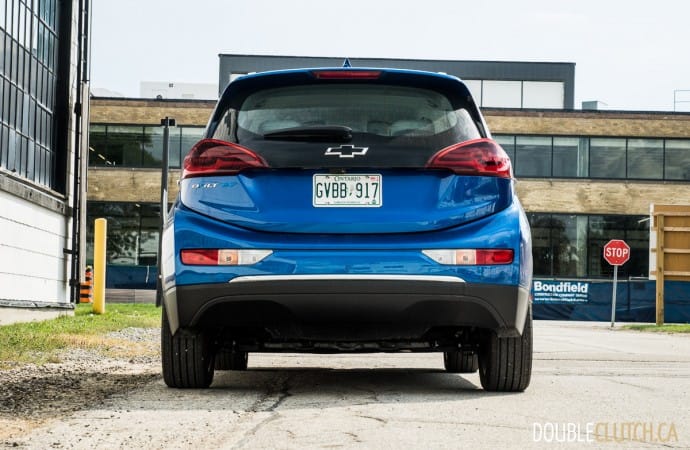 Visibility is great thanks to a bright, airy greenhouse with plenty of glass, including a giant windshield and low sills up front. Practicality of the hatchback body style format is another helpful trait of the Bolt, with 479 litres (16.9 cubic feet) of cargo capacity with the rear seats in position; this increase to 1,603 litres (56.6 cubic feet) when the rear seats folded.

The practicality extends into the multimedia and infotainment system, and GM’s MyLink interface can be regarded as above average within the industry. There are sufficient amounts of buttons and knobs for basic audio and climate control, and the touch menus themselves are relatively intuitive and easy to use. Android Auto and Apple CarPlay smartphone connectivity are implemented well, and allow for all sorts of navigation, voice commands, audio streaming (including iTunes, Spotify, or Google Play Music, among others), and navigation (Google Maps, Waze) that aims to minimize driver distraction. For as long as you have an OnStar subscription, 4G LTE Wi-Fi hotspot data plans can be purchased. The cellular antenna in the Bolt and other GMs with this technology appear to be stronger than your average phone, allowing for maintained connectivity long after a phone will drop off. 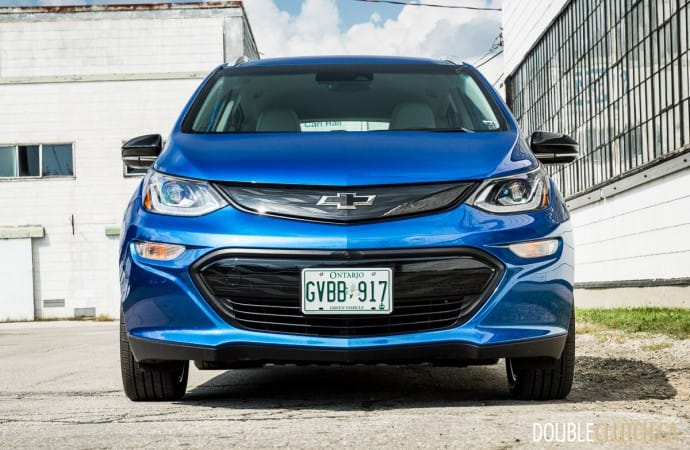 While it may not steal the show as much as it should, the 2018 Chevrolet Bolt Premier is more than worth it when it comes to practical electric vehicles. As the 2017 DoubleClutch.ca Magazine Green Car of the Year upon its release last year, it combines a great powertrain, good build quality (with an 8-year, 160,000KM electric propulsion component warranty), and good road manners to make it a solid choice by any measure. It’s essentially a base-model Tesla Model 3 that is available today for near-immediate purchase. While Canadian provincial government rebate incentives have evaporated in Ontario for the foreseeable future, British Columbia and Quebec continue to be leaders in this regard. Be sure to run the numbers on your annual driving and compare the initial capital outlay against your savings in fuel/energy. If it all adds up for you, the Bolt must not be overlooked. 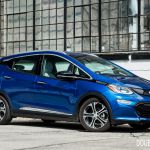 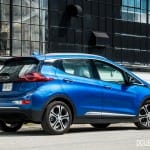 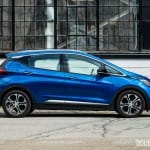 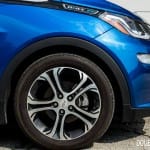 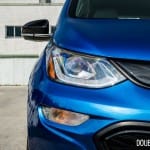 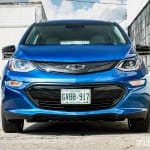 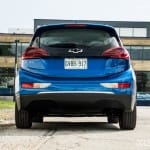 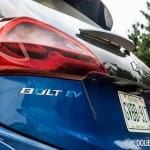 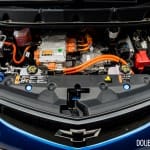 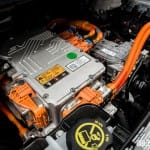 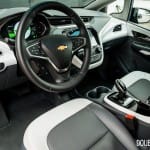 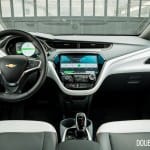 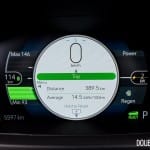 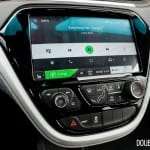 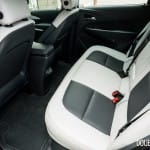 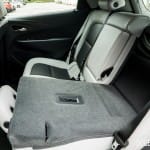 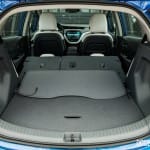 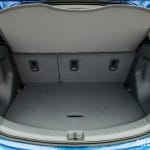 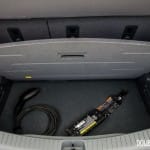