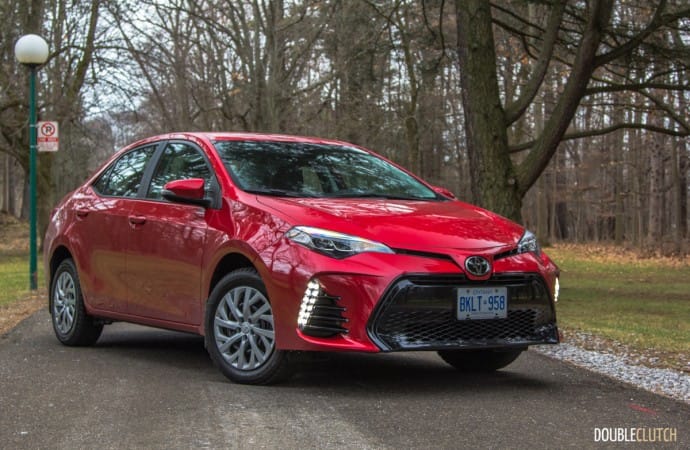 This has always been the car for those who see driving as a necessity rather than a passion.

It’s not an opinion that the Toyota Corolla is one of the most popular vehicles in the world – it’s a fact. Having first seen production in 1966, the Corolla has now graced our streets for over fifty years, and is the de facto choice for those looking for reliable and affordable A-to-B transportation. Previously offering minimal frills, the current model is in its 11th generation, offering sporty and relatively upscale trim levels, meaning there’s something for almost everybody in the lineup. Our test vehicle here is a 2017 Toyota Corolla SE, complete with the six-speed manual transmission. 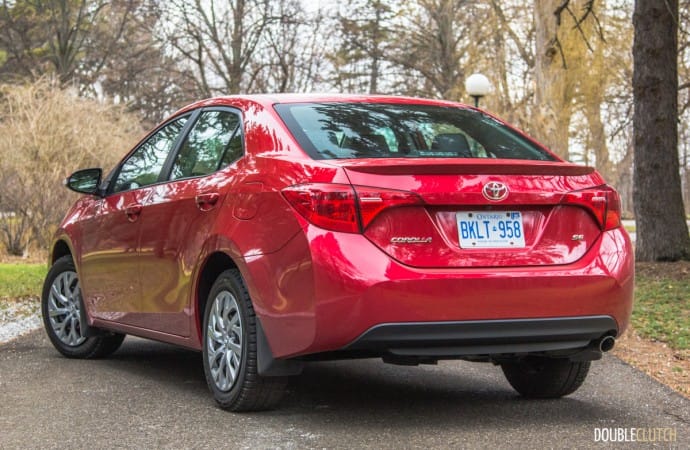 Model year 2017 brings a significant update to the Corolla, which goes a bit deeper than just a new face. Immediately evident is a fully redesigned front end, with bumper-mounted daytime running lights and a more aggressive overall face. The new bumper alters the side profile too, for an angrier look and a slight departure from the conservative personality that has made the Corolla so popular. The overall design remains the same, though the rear end is similarly updated with new taillights. Our Barcelona Red SE test vehicle is a bit of a looker, though in this trim level it still has 16” steel wheels with plastic wheel covers.

The way the Corolla drives is perhaps its biggest limitation. The 1.8L inline four-cylinder engine pushes out just 132 horsepower and 128 lb-ft of torque. Every single rival, even in base form, offers more power – the only exception being the fuel-conserving Ford Focus 1.0L (reviewed here). The six-speed manual helps a little bit at the seat-of-your-pants dyno, but there’s no hiding that the Corolla feels very anemic. It’s perfectly acceptable at city and suburban speed limits, but try to pull a pass on the highway and you will almost definitely find the car running out of breath. The top-trim LE Eco model adds Toyota’s Valvematic variable valve timing, which bumps the car up to 140 horsepower and 126 lb-ft, helping a little bit. 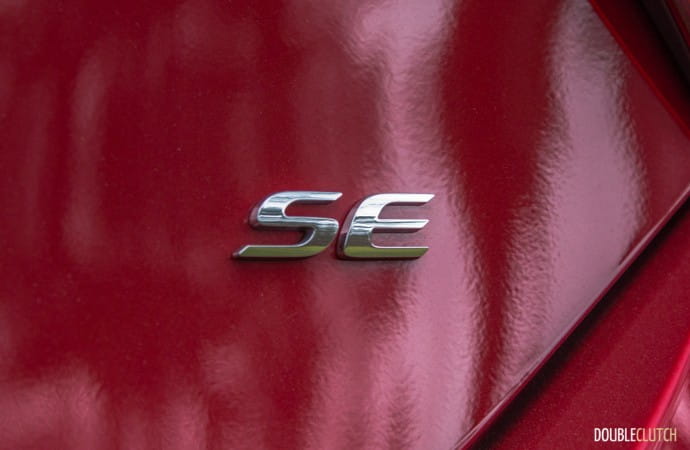 Two transmissions are available; a six-speed manual and an efficient CVT. Adding the CVT is $985 extra, and we recommend the two-pedal model. Passionate as we are about saving the manuals, the Corolla’s six-speed isn’t the greatest. The shifter is okay, with long-ish throws but decent feel. The clutch is the weak spot, with almost no feedback, leaving your left foot to estimate where the bite point is. This often leads to starts that are less than smooth, taking away from the otherwise smooth and serene nature Toyota vehicles are known for. We extensively reviewed last year’s model with the CVT, and that’s the one we would choose.

Other than the dated powertrain, the Corolla is pleasant to deal with. This has always been the car for those who see driving as a necessity rather than a passion. It’s not meant to be any fun necessarily, but a bulletproof means of commuting – something the Corolla excels at. Steering is effortless, with minimal analog feel, and the tight turning radius renders it easy to zip both in and out of traffic and into tiny parking spots. Our example, though equipped with winter tires, demonstrated good ride quality, though the interior is still loud when comparing with the likes of the Hyundai Elantra and Honda Civic. 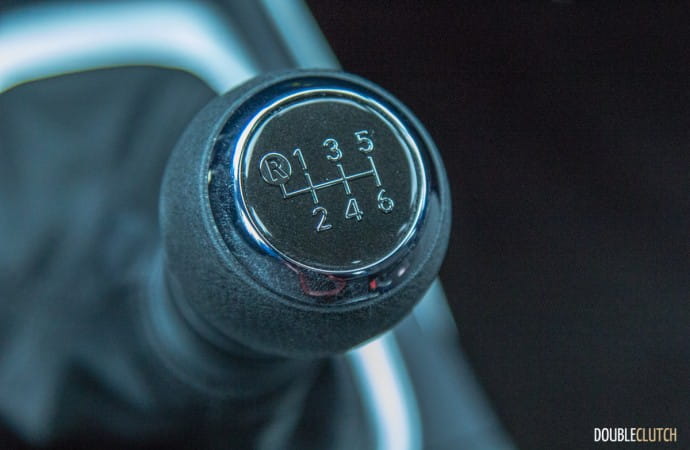 With Toyota at the leaderboard of hybrids with the excellent new Prius (reviewed here), we expected the Corolla to impress with regard to fuel economy. The manual transmission SE is rated at 8.4L/100km city and 6.5L/100km highway, for a combined rating of 7.5L/100km. The CVT is quite similar, with estimates of 8.3 and 6.7, respectively. Over the course of our test, we averaged 7.3L/100km in winter conditions with a healthy mix between city and highway driving. Those prioritizing efficiency will want to closely look at the LE Eco, with its combined rating of 6.9L/100km.

The interior of the Corolla is a very nice place to spend time, with soft-touch materials used throughout. Piano black plastic accents the cabin, and the black SofTex upholstery on the seats is contrasted with blue stitching. Unfortunately, this isn’t consistent with the rest of the dashboard, where only the lower portion reflects the blue. The leather-wrapped steering wheel has black stitching. A 4.2” TFT display in the instrument cluster displays fuel economy and trip information, while infotainment is controlled via a 6.1” touchscreen. A rear-view camera, USB port, Siri Eyes Free, an auxiliary input jack, and six speakers are standard, though audio quality is just adequate. 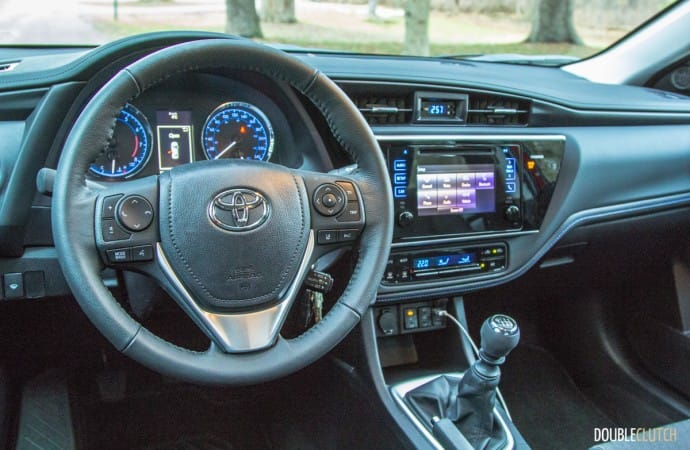 This update for the 2017 model year changes around the trim levels significantly, replacing the previous “S” moniker with this SE, and adding top-trim XSE packages for a new trim to match the Corolla’s Camry counterpart (reviewed here). The LE Eco is also no longer the top-trim model, sitting only a few dollars below the XSE CVT. Perhaps the biggest change here is the inevitable discontinuation of the archaic four-speed automatic on the base CE, meaning all automatic Corollas will have Toyota’s finely-tuned CVT.

Starting at just $16,390 for the entry-level CE model, most Canadians will opt for the CE CVT, which sits at $19,590. Though all Corollas sold in Canada come with LED headlamps, Bluetooth connectivity, and Toyota Safety Sense-P, the CE CVT adds air conditioning and an automatic transmission, a necessity for the majority of the population. Our SE, at $20,505, offers a significant upgrade, including heated seats with SofTex trim, a leather-wrapped steering wheel, automatic climate control, heated side mirrors, and LED daytime running lights. For just over $20,000, that’s not bad at all, priced aggressively to compete with the Honda Civic LX (reviewed here) and the Hyundai Elantra GLS. 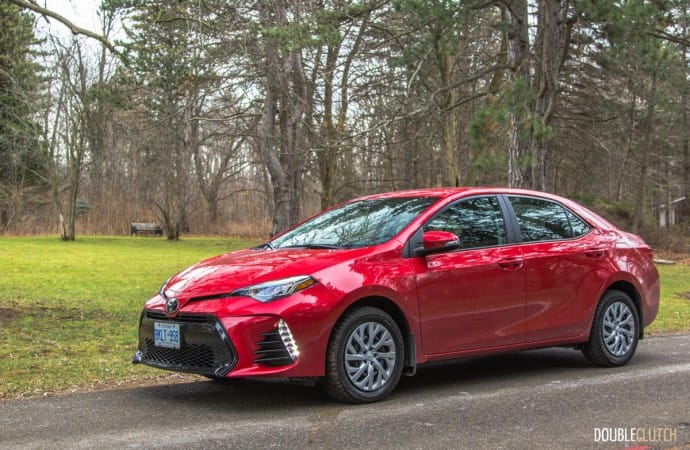 In the past we have discussed how the Corolla lagged behind its tough competition with regards to driver aids and technology, having offered little more than the basic stability and traction control systems. Now, with Toyota Safety Sense (reviewed here) offered right across the Toyota family, the Corolla has caught up. This model features a pre-collision System with pedestrian detection, automatic high beam control, dynamic radar cruise control, and lane departure alert with steering assist. The implementation of this technology puts the Corolla right up in the ranks with the Honda Civic and Mazda3 (reviewed here).

The 2017 Toyota Corolla SE is a small volume trim, as the CE with CVT transmission is projected to have the highest take in Canada. While it’s nice to see that Toyota still values those who choose to row their own gears, this isn’t the car for those who want an aggressive-driving compact. Rivals like the Mazda3 and Honda Civic Turbo deliver more engagement at similar price points if that’s where the buyer’s priorities lie. If effortlessness and long-term durability is at the top of the list of requirements, the two obvious choices are the Hyundai Elantra and the Corolla. It’s definitely worth at trip to your local Toyota dealer to see for yourself why there are so many Corollas on the road today. 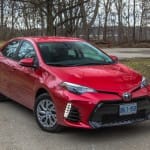 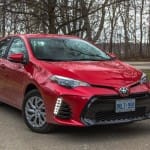 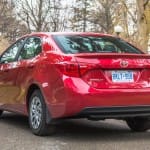 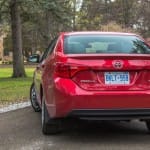 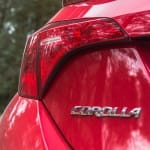 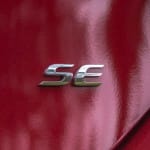 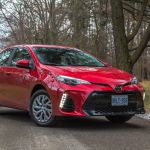 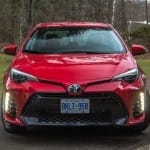 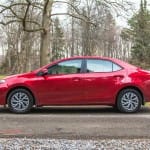 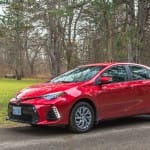 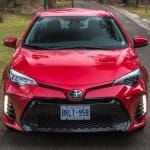 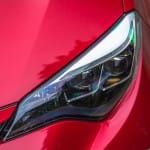 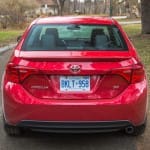 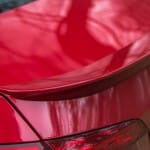 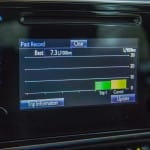 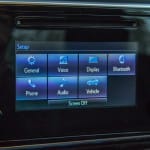 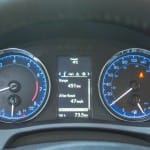 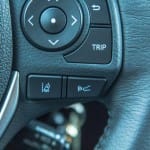 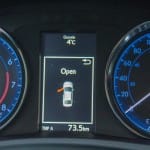 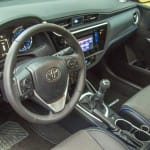 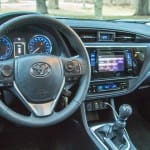 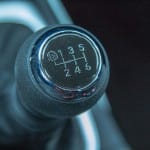 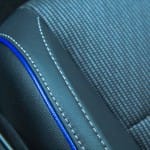