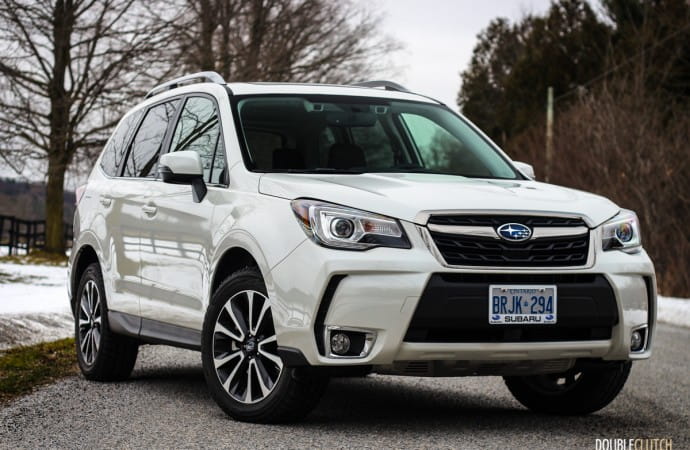 The Forester XT is easily the best performance bang for your buck in the crossover segment.

We checked out the refreshed Subaru Forester earlier on this season, though we opted to try the more popular model first. However, Subaru is a manufacturer that has a devout following from the purist crowd – you know, the crowd that lusts after the rally-inspired WRX and WRX STi models. Though the boosted Outback XT is a thing of the past, there is still a Forester for those who crave some entertainment in their crossover. This is the 2017 Subaru Forester 2.0XT Limited with Technology Package, painted in a Crystal White Pearl with a beautiful Saddle Brown leather interior. Some may notice this is the same colour scheme we tested with the 2.5i Limited. 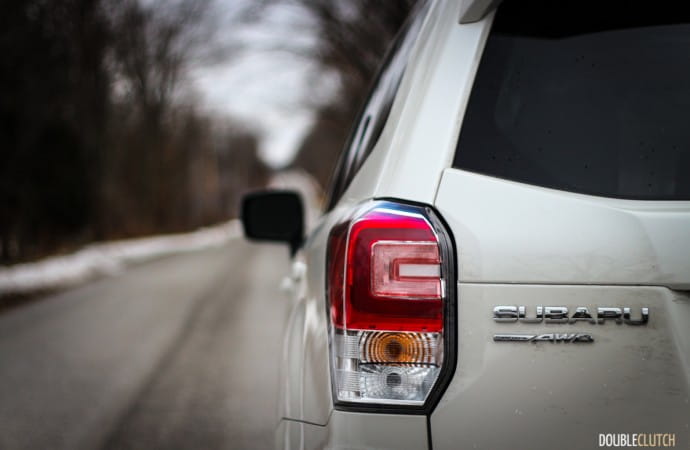 Previously discussed in my 2.5i Limited review, this is the mid-cycle update to the fourth generation of the Forester. The car maintains the same two-block crossover design, using traditional styling rather than a plethora of curves like the Kia Sportage (reviewed here). The 2017 model receives a freshened fascia with new adaptive LED headlights, a new grille, and new taillights. The overall feature set is updated too, along with subtle upgrades to the interior. One of the biggest selling points for the Forester, at least for the DoubleClutch.ca team, is the inclusion of huge windows and a convenient panoramic sunroof, which ensures the interior remains bright at all times.

A few other compact crossover rivals offer punchy motors, namely the Ford Escape (reviewed here) and Kia Sportage (reviewed here), but the Forester’s is arguably the best. Though down in displacement from the 2.5i models, the 2.0XT has a horizontally opposed 2.0L four-cylinder engine. It’s turbocharged and good for 250 horsepower at 5,600RPM, and 258 lb-ft of torque at 4,000RPM. The only available transmission is Subaru’s Lineartronic CVT, which can simulate between six and eight virtual “gears”, depending on the mode the vehicle is set in. Long story short; it’s fast. If a manual transmission were available, it would be an enthusiast’s unicorn, but alas, that option is relegated to the 2.5i. 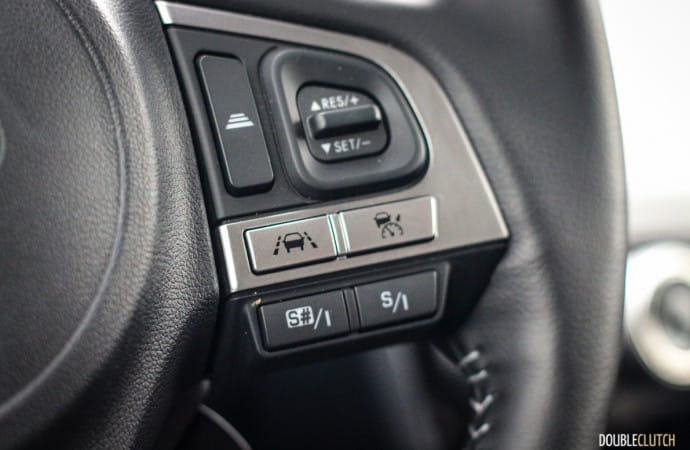 Power is sent to all wheels using Subaru’s symmetrical all-wheel-drive setup, a full time system that is one of the leaders in the segment. The XT has exceptionally sharp power delivery, though throttle tip-in is a bit abrupt, making it difficult to get smooth starts if you’re not fully used to the vehicle. 100km/h arrives very quickly, in just 6.5 seconds, which is significantly quicker than the Mazda CX-5 (reviewed here) and even the Ford Escape. There’s an SI-Drive system with Sport and Sport-Sharp settings that make things a little bit crisper, bringing in those faux gear ratios we discussed a bit earlier.

Subaru prioritizes fuel economy, and the 2.5i models with the Lineartronic CVT excel in this regard. Rated at 9.2L/100km city and 7.4L/100km highway, that powertrain combination is the green champion. This 2.0XT is rated at 10.2L/100km city and 8.6L/100km highway. Our test took place over the two weeks of the holiday season, meaning the test loops and overall commute were different from my norm. I averaged 10.1L/100km, inching closer to the city rating suggested by Subaru. The Forester XT requires 91-octane premium fuel and the tank has a capacity of 60L. 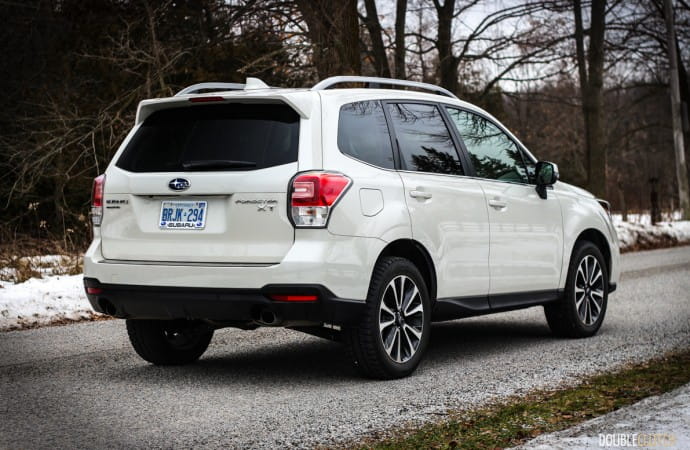 There’s an “X-Mode” as well, which works together with the all-wheel-drive system and incorporates both a Hill Holder system as well as Hill Descent Control. X-Mode can toggle power delivery, transmission settings, brakes, and torque split from the AWD system to ensure maximum control and capability at all times. On uphill treks, this system maintains a lower gear ratio and pushes more power to the necessary wheels. It also sends 25% more pressure to the AWD clutch. When conditions become slippery, X-Mode heightens the senses on the stability control system to minimize any safety risk.

Interior quality is exactly what we expect from Subaru, with many plastics used throughout. The overall feeling of cheapness has been reduced, though it’s still not as high quality as the new Honda CR-V (reviewed here) or even the Platinum trim on the Toyota RAV4. There’s a display at the top of the dashboard capable of displaying trip information, fuel consumption, and even AWD split, which is nice to look at. The new leather interior feels durable and nice to the touch; heating activates quickly and keeps your body warm warm. 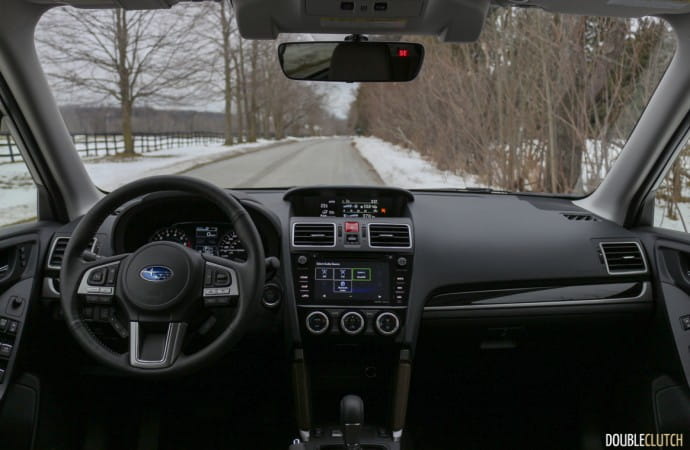 The Subaru Starlink system is in play here, and it’s the only part of the car that can be truly aggravating. The new Impreza (reviewed here) features the latest implementation of Starlink, which includes Apple CarPlay, but the Forester soldiers on with the old setup. It’s slow to use, counter-intuitive, and caused certain mobile devices to spontaneously reset. It does feature certain smart apps, which can be useful in certain situations, but I think seeing the new setups from Mazda and even Ford, Starlink could do with a solid software upgrade.

The Subaru Forester can be had in Canada as cheaply as $25,995 for the base 2.5i with the manual transmission and very little in terms of toys. Canadians will likely opt for mid-level trim levels such as the 2.5i Touring with Tech (Technology Package equals EyeSight), or even the 2.0XT Touring. Our top-trim 2.0XT Limited with Technology Package lightens the wallet at $39,495. This is the most optioned-out a Forester can be had, including the turbo motor, reverse automatic braking, power driver’s seat, heated leather seats, adaptive headlights with LEDs, Starlink infotainment with smartphone apps, and much, much more. 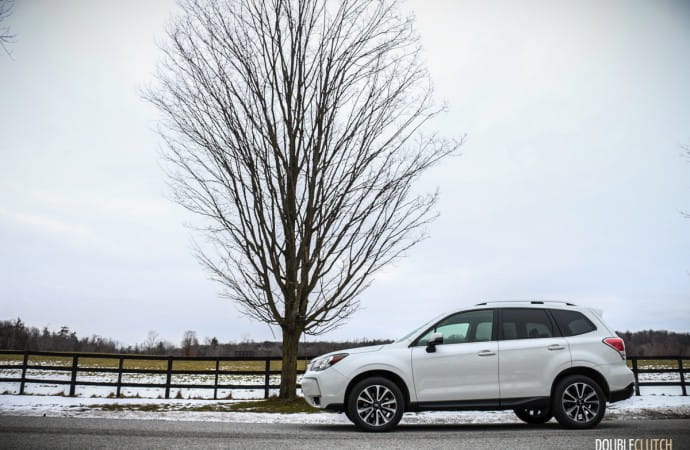 With an affordable cost of entry and a top-trim model still below the $40,000 mark, the 2017 Subaru Forester 2.0XT Limited is easily the best performance bang for your buck in the crossover segment. The zippy XT motor is one of my favourite turbo-fours, and definitely lacks the coarseness experienced in horizontally opposed engines of the past. Plus, the Forester has more storage space in the cargo area than many of its rivals, and certainly offers more versatility for the outdoorsy type. If you want something a little bit different than a cookie cutter crossover, with awesome power numbers and great capabilities, the Forester XT just might be my pick of the litter. 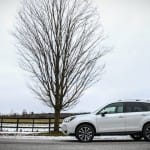 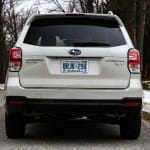 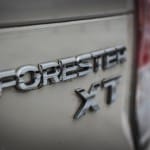 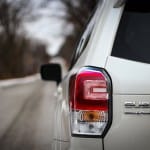 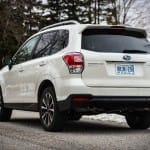 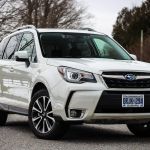 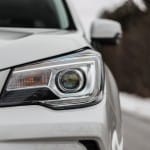 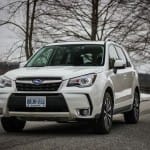 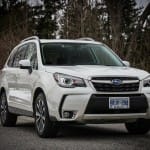 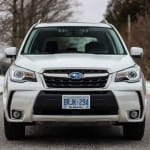 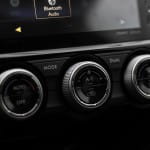 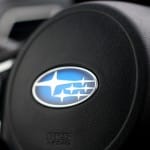 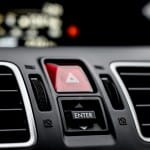 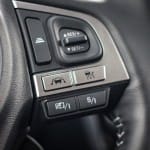 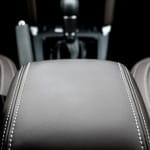 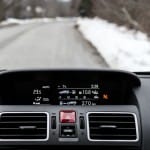 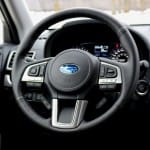 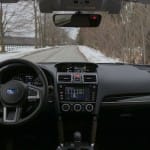