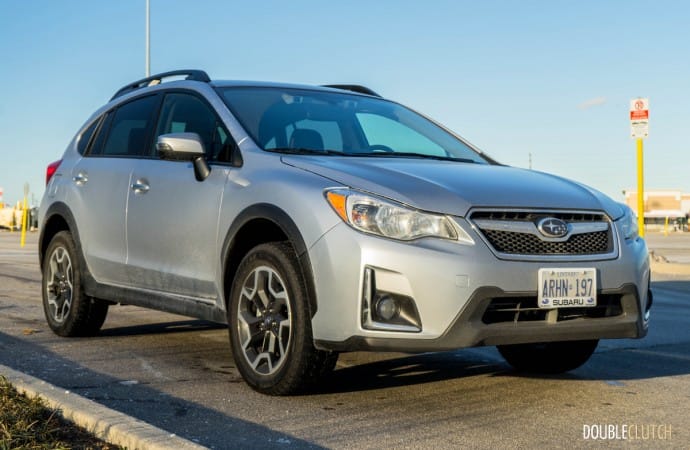 When the Crosstrek was initially released, Subaru took the lead with a fun alternative to the otherwise silly-looking competition.

Every marque has a defining character, to which help define what kind of buyer will be stepping behind the wheel. Certain traits attract a particular set of buyers, and Subaru has done a fairly well job of herding those with a sense of adventure into their showrooms. Their cars are a balanced combination of off-road talent and concrete jungle prowess; there’s no terrain that proves too much. The 2017 Subaru Crosstrek Limited is reputable asset within the Subaru bloodline as the rugged little crossover that doesn’t mind roaming through some muddy fields. Whereas some of the competition from Honda (reviewed here) and Toyota appear a little more delicate, the Crosstrek continues to strive to perform optimally in any environment. 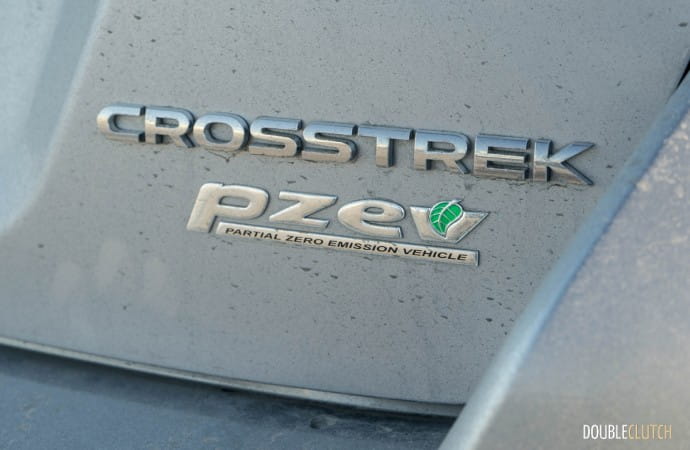 For 2017, not a whole lot has changed on the Crosstrek. Under the hood we find the same horizontally opposed four-cylinder Boxer engine, giving us 148 horsepower at 6,200RPM and 145 lb-ft of torque at 4200RPM. Subaru does give you the option of equipping your Crosstrek with a manual transmission, though for those in search of a more casual drive, a Lineartronic CVT is also available (tested here).

While there are no physical gears to jump around in, Subaru does a phenomenal job at simulating gear shifts. CVT-equipped models are even equipped with paddle shifters for the odd occasion where you want more power or control, though don’t expect the most thrilling of events when doing so. At the end of the day, simulated shifting is exactly as it’s dubbed; a simulation. When left to do its own shifting, the transmission does an amicable job and is one of the better CVTs in the industry, whereas the five-speed manual is a bit rubbery and not very performance-oriented. 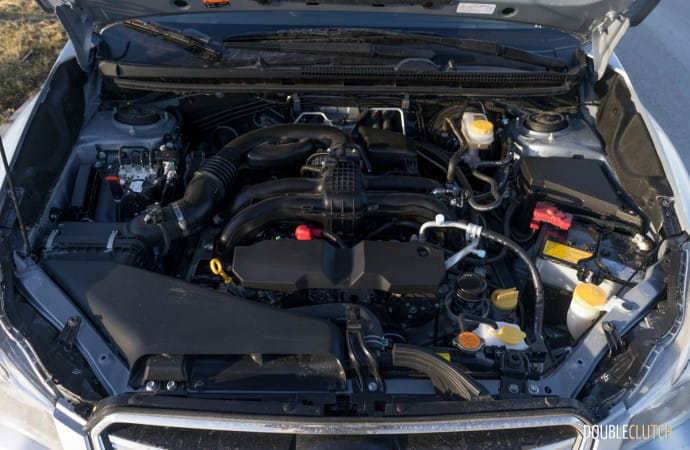 The CVT transmission does make for more efficient driving when compared to conventional gearboxes. Subaru rates the Crosstrek at 9.1L/100km city and 7.0L/100km highway. The duration of our test resulted in an average of 8.8L/100km, which is an identical figure to that of our last review of a Crosstrek Sport (reviewed here). The Crosstrek only requires regular 87-octane fuel, just like the rest of its rivals.

The drive of the Crosstrek is as expected when it comes to a crossover with an off-road pedigree. It certainly isn’t the smoothest of the bunch, though it won’t be sending you to your chiropractor any time soon. The raised suspension follows suit in classic Subaru tradition, allowing for generous ground clearance for those occasions where the less-beaten path is necessary. Naturally, Subaru’s Symmetrical all-wheel-drive is standard on all trim levels of the Crosstrek. 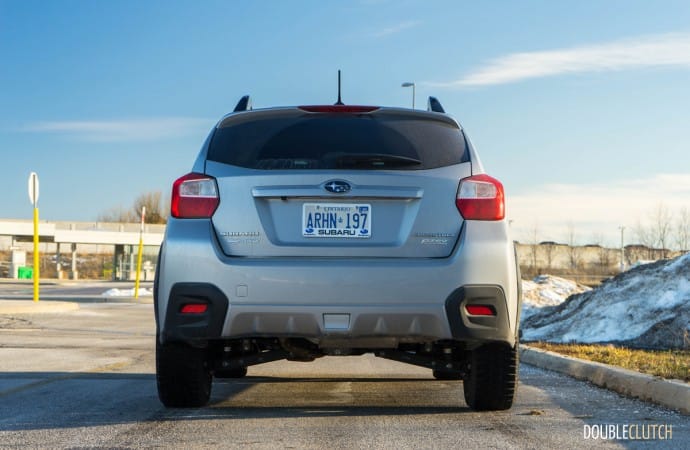 When the Crosstrek was initially released, Subaru took the lead with a fun alternative to the otherwise silly-looking competition. Where most crossovers seemingly appear small and wimpy, the Crosstrek sported a more robust body, with aggressive cladding. It was ready to tackle life’s adventures, where the others seem as if they are wee creatures scared to take on the big world. The body was composed of a two-tone scheme, with dark plastic cladding on the bottom, paired with one of six colour options.

We were a little disappointed to learn that Tangerine Orange Pearl paint was discontinued back in 2016, as this colour was one of the signature pieces of the Crosstrek’s personality. The designers at Subaru have however kept a sliver of the orange shade in the form of contrast stitching on the interior of the cabin, which seems like a nice thought, though the random burst of orange is a little out of place on our test vehicle. Colour options for 2017 are a little dialed down, with most being earth tones and or varying shades of grey, Hyper Blue seems to be the winner of the bunch, though ours was spec’d in the subtle Ice Silver Metallic. 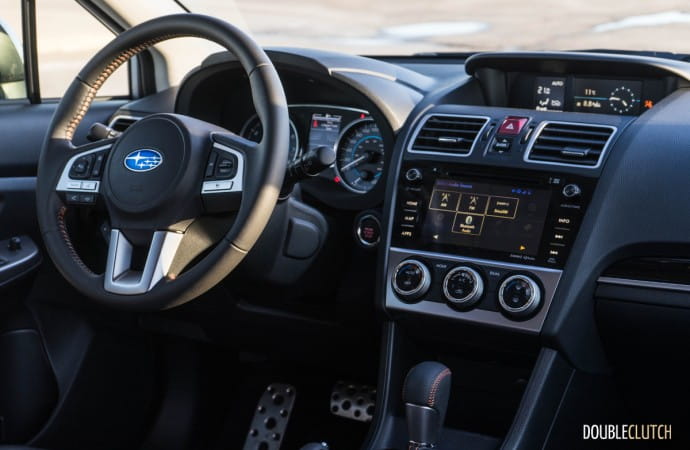 The cabin itself offers a simple yet effective layout. Large, tactile buttons offer ease of use with a simple push. The Starlink infotainment system offers a more advanced touch-based dynamic, proving to be somewhat of an annoyance from time to time. When using USB connectivity or even Bluetooth, there is considerable lag and it’s a bit dated overall. Rather than use the fully touch-sensitive interface, we’d love to see Subaru implement something with physical buttons that can be used without distraction while in motion.

The Crosstrek is an appealing car overall, but with the new Impreza already here, it’s due for the refresh launched at this year’s Geneva Motor Show. The current car looks good overall and still boats that rugged demeanor, however it is virtually the same car we had seen when it was initially released five years ago. Some areas show more age than others – for instance, the headlights are HID, but they are reflector-beam units rather than a more premium projector setup. While this is still better than standard halogen lighting, using HIDs in this old-style casing makes the car seem cheaper than what it actually is. 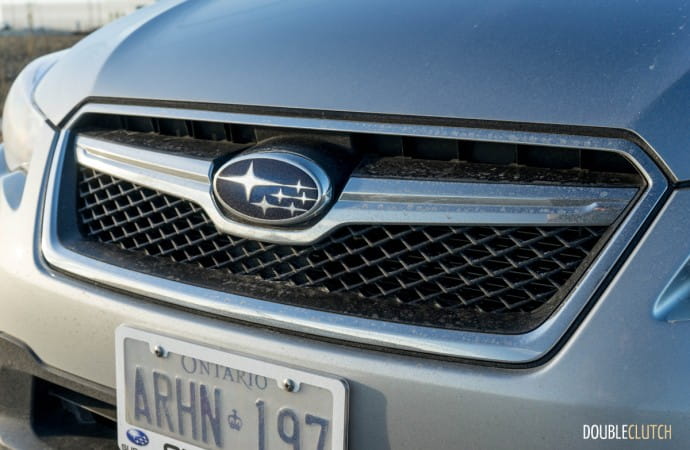 Even then, cheap is by no means the proper word to use when describing the Limited trim with the Technology package. The Crosstrek Limited has a base price of $29,795, however taking it one step further with this package ups the price to $32,295. The Tech package indulges the Crosstrek with many safety features brought by Subaru’s EyeSight system (reviewed here) and steering responsive fog lights, as well as a proximity key with push-button start.

The 2017 Subaru Crosstrek Limited is definitely due for an update, though it’s now been confirmed we’ll be seeing that later this year. For now, it continues to make for a great little crossover with personality that holds the ability to venture into the unknown, with the peace of mind that comes with the reliability which Subaru is known for. If this current car is any indication, the next one should be something seriously special, and definitely will be worth the wait. 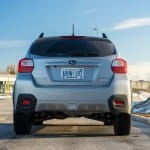 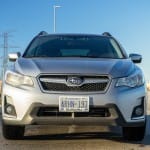 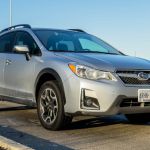 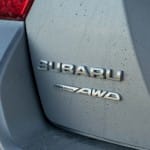 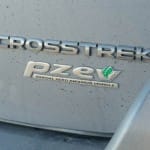 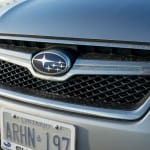 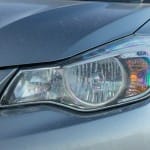 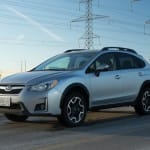 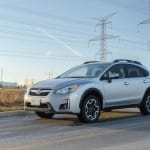 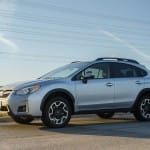 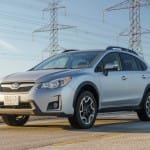 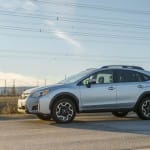 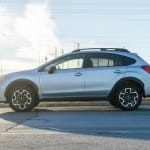 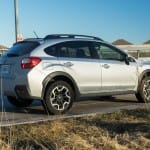 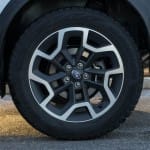 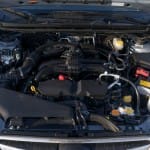 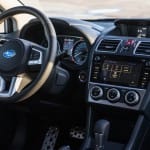 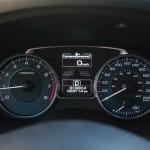 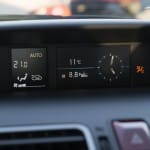 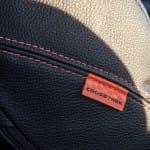 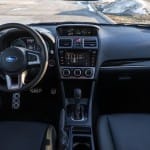