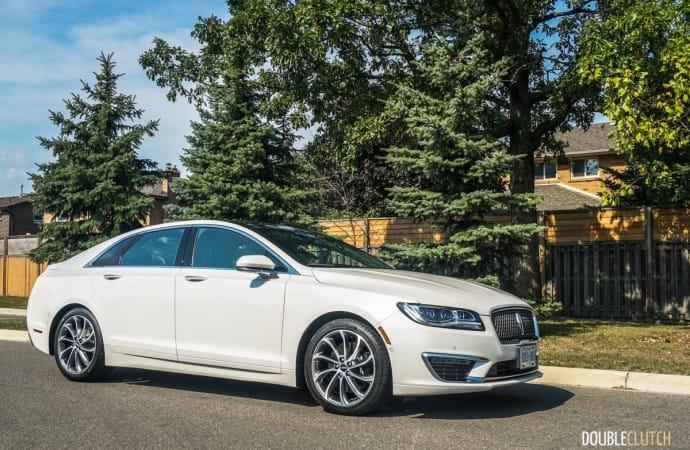 From a handling perspective the MKZ is adequate, but nothing to write home about.

When was the last time you thought about the Lincoln brand? I think Lincoln has probably struggled the most of all the automotive brands to market, its identity recently. 15 years ago, Lincoln was stuck with many of the same problems faced by its major competitor, Cadillac. While Cadillac has no doubt faced its challenges, their biggest advantage has been the brand’s ability to separate itself from the GM umbrella, while still benefiting from GM resources. 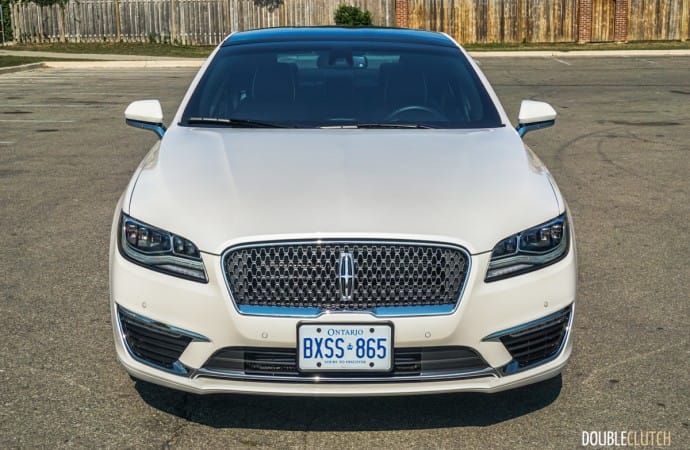 It looks like the folks at Ford are ready to put some power back into the Lincoln brand and have revived the Continental nameplate to serve as their latest halo, and with the right marketing it seems promising. The other side of that equation then is the redesigned MKZ, which is the most affordable Lincoln in the lineup today. If the MKZ starts to sell in good volume, it really could do a lot to get consumers thinking about Lincoln again. Anxious to see if the redesign has what it takes to start making waves in the market, I picked up a full loaded 2017 Lincoln MKZ 3.0T AWD Reserve to spend a week with.

While it’s been debated, I am actually a fan of the styling of the MKZ, epecially with this year’s facelift bringing back a more traditional Lincoln grille. From the front, it is blatantly obvious that this is nothing other than a Lincoln, and that’s a good thing when you’re trying to make an impression. The rest of the body work is definitely edgy and unique, which also helps draw attention to the car. The rear fascia is actually my favorite part, with the full-length clear taillight bar dominating the swooping lines. 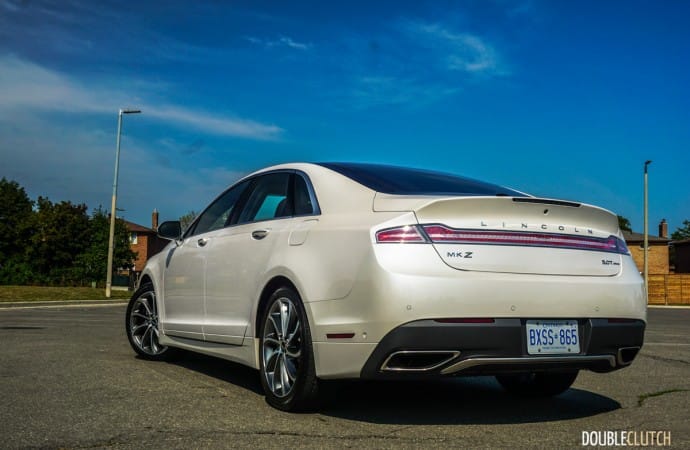 My test car came finished in Platinum White tri-coat, which I think is the perfect color for a car like this. Interestingly, since the majority of the roof is actually a dark tinted piece of glass, the center section of the car’s roof is painted gloss black, a treatment which bleeds into the rear deck. It’s a well-executed concept and another thing that makes the MKZ unique. There’s no shortage of wheels to choose from either, and given that my car is the top of the line Reserve trim, there would have been three specialized 19” wheels to choose from. Those equipped on my car have black inserts that tie into the roof.

The MKZ starts at a reasonable $39,000 for a 2.0L turbo-four in either AWD or FWD, your choice. However, to get the bigger and badder 3.0L V6 twin-turbo engine and AWD like my tester, your only choice is the Reserve trim level, pushing the starting price to $46,000. On top of that, my tester was equipped with $20,000 worth of options, bringing the as tested price to whopping $66,100. This gets you the full gamut of luxury features like the panoramic roof, the Luxury Package, which includes Revel Ultima stereo and LED headlamps, and the Driver Sport package adding the 19” rims, wider tires and sport seats. On top of those options, add the $4,500 engine upgrade to the 3.0L and the affordable Lincoln isn’t really all that affordable. Not to mention, a price tag well over $60,000 puts this car up against some pretty heavy competitors in the luxury sedan segment. 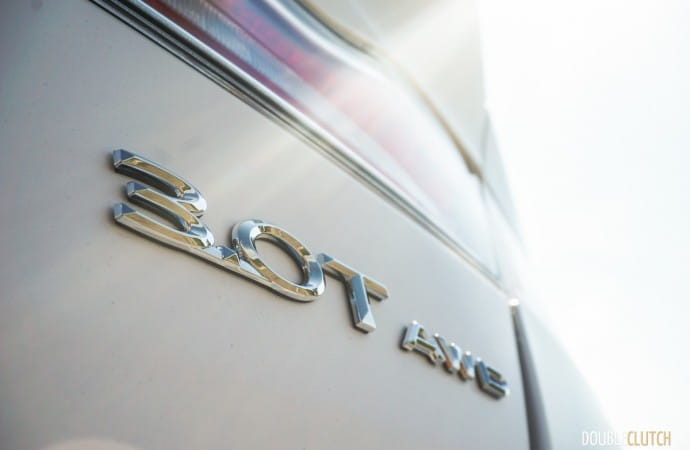 The inside of the Lincoln is pretty well put together, with the overall fit and finish up to par with its competitors, Germans included. My only dislike from a materials standpoint is the dashboard, which is made from a rubberized soft-touch plastic. It looks a little cheap and feels “sticky”, a strange material choice if you ask me. The two-toned black and white leather heated and cooled sport seats look fantastic and proved to be very comfortable. The rest of the interior also was functional with good rear le room, large trunk and lots of available storage up front.

Oddly, the center console is sort of raised off the floor with some storage trays underneath it. It took me a while to even see them because everything in the MKZ is black, but the extra storage is very nice. The thick-rimmed leather-wrapped steering wheel feels good in your hands, and the digital gauge cluster is quite neatly laid out. The on-dash audio control knobs are a little overly sensitive, which takes some getting used to, but the sound from the Revel Ultima system makes up for any control shortcomings. 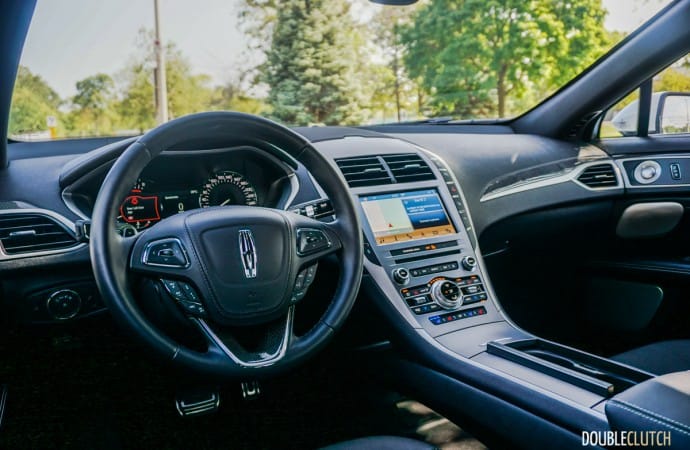 There are really two features inside the MKZ that stood out to me, the first being the push button automatic transmission. Not only did it feel awkward to operate, the buttons were placed directly below the ignition button, making things even more confusing. Second is the large panoramic roof – it does make the otherwise dark space feel much brighter, and while others have complained about the fact that the panel slides way back on the exterior of the car, blocking part of the rear window when open, I had no issues with rearward visibility, even with the roof open. Plus, the big panel sitting up on the back of the car grabbed some strange looks out on the road.

Speaking of being on the road, the MKZ is what I’d call a competent daily driver, and an exceptional highway cruiser, but that actually makes it fairly boring to drive. Let me explain; when equipped with the 3.0L twin-turbocharged V6 the MKZ is rated at an impressive 400 horsepower. That engine, paired to the AWD system, had me expecting some fairly brisk acceleration, and maybe even some pleasant noises. However, I was surprised to find acceleration to be slightly underwhelming, the MKZ feels like it has a lot closer to 300 horsepower than the rated 400. 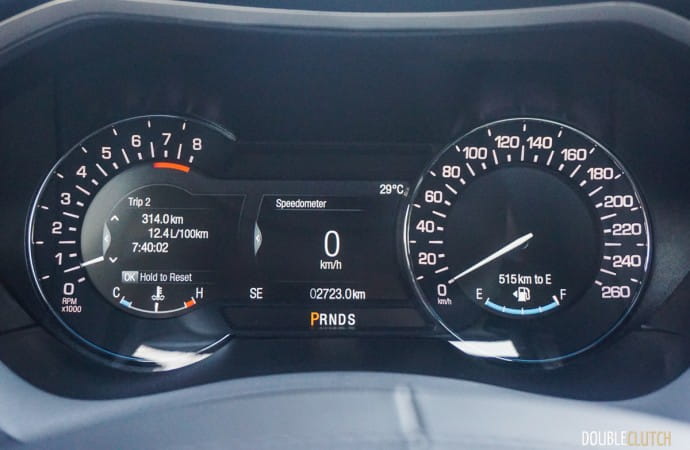 Which begs the question; how can this be? Well, it could be all the additional weight added for the AWD system, or it could be the lack of response from the electronic throttle. Most likely, it could have a lot to do with the outdated six-speed automatic that’s doweling out the power. The transmission is slow to respond to throttle inputs and seems to struggle to find the right gear to keep the engine in its power band. Don’t get me wrong, the MKZ will effortlessly pass slower traffic on the highway, and embarrass many sports cars, just not with the authority that I’d hoped for.

Where that sort of stuff matters a lot less is out on the open highway, and that’s where I really grew to like the MKZ. It’s smooth, quite, comfortable and very relaxing to drive. This is the type of car you want for those extended road trips, or long commutes where you can sit back and enjoy the impressive sound system in complete comfort, while having your back massaged. 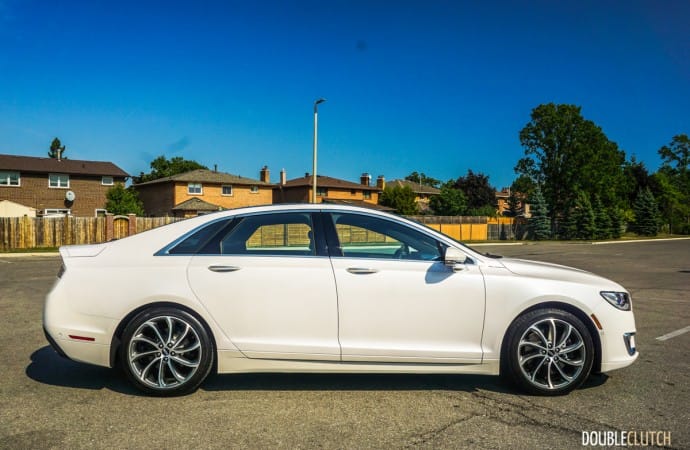 Much like the acceleration, the fuel efficiency of the MKZ is also held back a little by the car’s weight and the 6-speed automatic. I averaged 11.6L/100km, on strictly premium 91-octane fuel, during my week of strenuous rush hour commuting. This may be acceptable for a big all-wheel-drive sedan, but I would have definitely hoped for better, and I am sure with a more modern eight-speed transmission backing the powerful V6 this could be accomplished.

From a handling perspective the MKZ is adequate, but nothing to write home about. The front-biased AWD system has a tendency towards understeer when pushed, and the adaptive suspension is tuned towards the soft side for comfort. This means there is a bit of body roll detectable around quick corners. The electric-assisted steering itself also lacks in feeling and response, again, nice on the highway, but it’s not the type of car that’ll put a smile on your face through the twisties, or tease you to go a little faster while tackling that highway off-ramp. 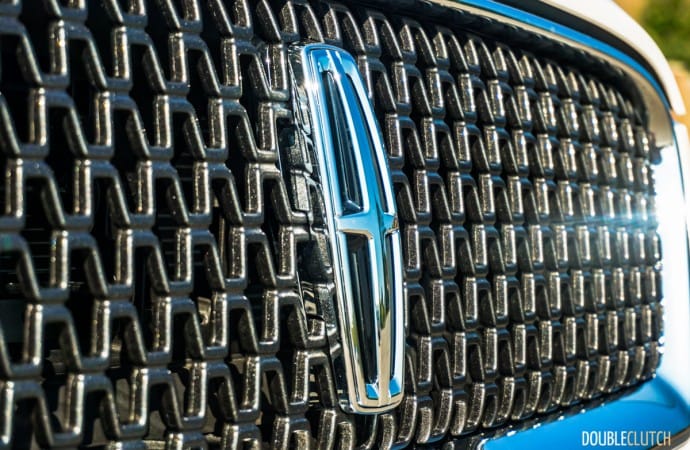 The 2017 Lincoln MKZ 3.0T AWD Reserve is a great effort. It has style, flare and the unique touches that set it apart from the rest of the market. More importantly, it’s easy to identify as a Lincoln, and despite its Ford Fusion origins, definitely looks and feels like its own machine. With that said, I am not sure that we’re going to see these rolling out of the Lincoln dealership in droves. The pricey options hurt its affordability, and it lacks the enthusiastic driving dynamics boasted by some competitors. If the Lincoln brand resonates with you, the MKZ is a great car to cross-shop against the competition to see for yourself how it stacks up. As a long haul highway car with distinction, the new MKZ will make some owners happy. 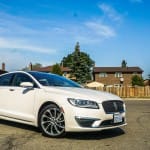 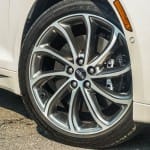 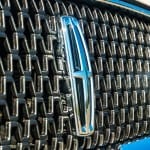 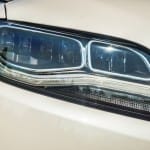 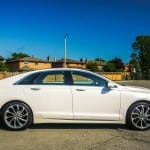 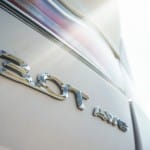 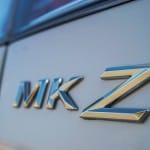 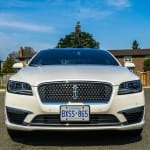 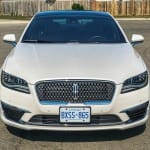 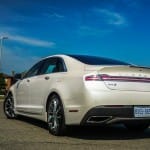 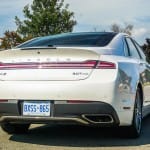 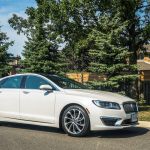 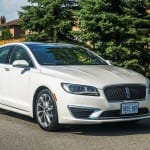 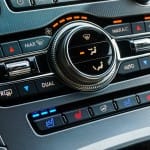 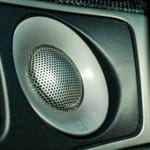 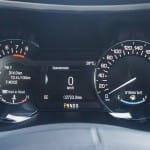 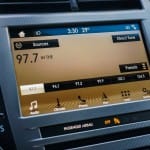 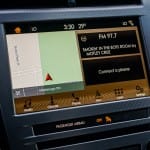 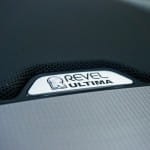 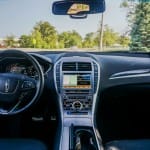 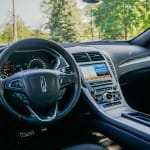