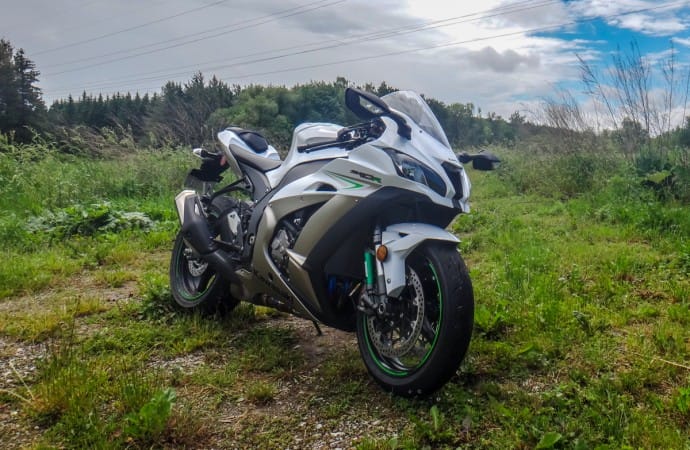 For the first time on a production bike, Kawasaki introduces the WSBK racing technology.

Allow me to set the stage: The 2017 Kawasaki ZX-10R made superbike history by securing not one, but two back-to-back championships in 2016, an achievement that hasn’t been accomplished in over 17 years.

The Kawasaki ZX-10R platform was redone in 2016, so not much has changed from 2016 to 2017. From the track to the streets, aggressive style paired with a powerful liter engine, the 2017 ZX-10R is sure to scare a smile on your face. The ZX-10R is surprisingly comfortable, with buttery smooth power delivery that keeps pulling harder the higher the RPMs climb. Having owned two Kawasaki super sport bikes, one being a ZX-10R, I can say from personal experience that Kawasaki makes a great, reliable bike that sets the bar. When it comes to the new one, my opinion hasn’t changed in the slightest. 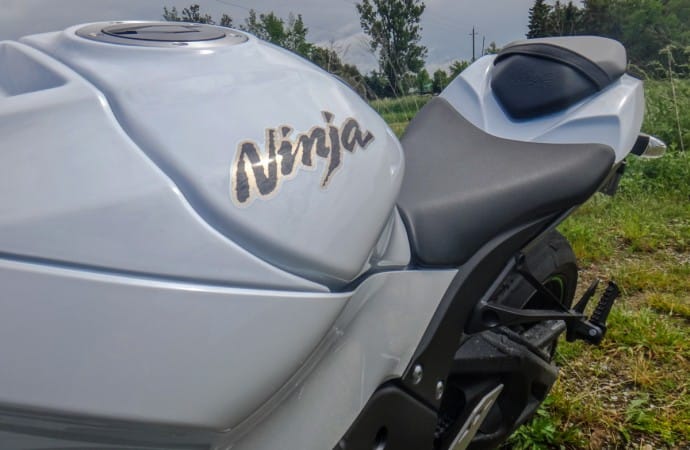 Kawasaki’s IMU (inertia measurement unit), implemented here, is made by Bosch and is also featured on the Kawasaki Ninja H2 (reviewed here), but more on that a bit later. Kawasaki has been making the ZX-10R since 2004, so as expected, they’ve been able to refine all the quirks, making the current ZX-10R a force to be reckoned with. It’s very comfortable, light, maneuverable, and smooth, quiet while cruising but loud when you want it to be, it can definitely hold its own against any other liter bike on the market. 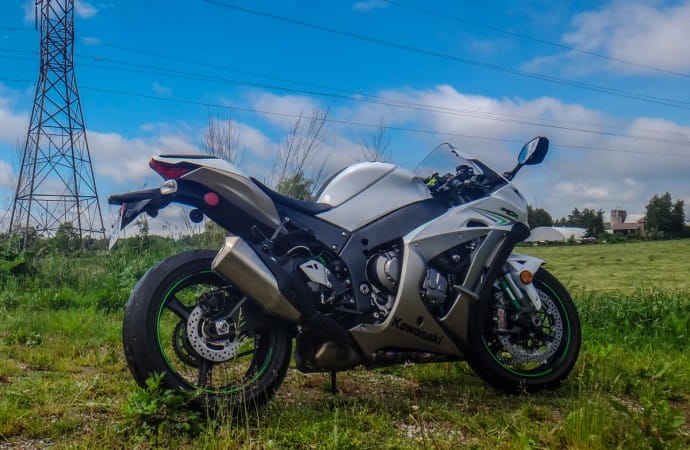 In a nut shell, the IMU allows you to push the ZX-10R to its limits while at the same time reducing the risk of wipe-outs. The sport traction control also aids in pushing the bike to the limit by allowing enough wheel spin when exiting a corner to power through. The quick shifter (when enabled) allows you to slam through the gears without use of the clutch while holding the throttle wide open. This is accomplished by recognizing you’re lifting on the shift lever, cutting power momentarily allowing you to shift into the next gear without added pressure on the tranny. Gone are the days of manually adjusting steering dampers, the electronic steering damper takes all the thought out by automatically adjusting based on speed and degree of acceleration or deceleration.

New to 2017 is the white colour which is called Pearl Blizzard White / Metallic Flat Raw Titanium, which is the same colour scheme as seen on the 2017 ZX-6R (reviewed here). The Brembo four-piston 330mm semi-floating discs deliver superb braking force. New to the platform is the Showa BFF, and for the first time on a production bike, Kawasaki introduces the WSBK racing technology. As the damping valve is outside of the fork, rather than traditionally done internally, the result is a more stable fork which means smoother ride, better response and better handling under racing conditions. Also new for suspension is the horizontal back-link rear suspension, for smoother suspension action, improved rider feel and increased grip and traction. 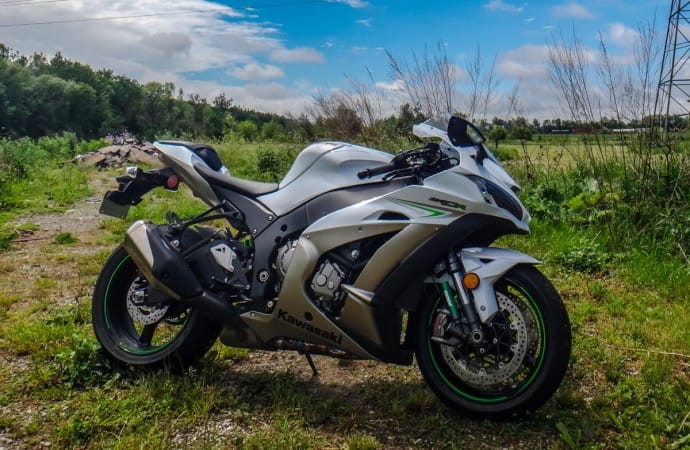 A nice tasteful touch is the GP-inspired digital tachometer with LED light bar, which really makes reading the gauges easy. The windscreen and upper cowl are redesigned to reduce drag, while the vents are strategically placed to prevent negative pressure build up in the cockpit, helping reduce wind buffeting against your helmet. Unlike other super sports, the wind resistance is minimal on the ZX-10R; highway riding was like a knife through warm butter, a confidence inspiring smoothness that can get you in trouble fast if you so much as blink while accelerating.

The 2017 Kawasaki ZX-10R is available both with and without ABS. The non-ABS version fetches $17,399 (as tested) while the ABS version goes for $18,199. With a price tag like that, it’s important to remember all of the engineering that’s gone into it. This is one of those situations where the expression “you get what you pay for” definitely applies. There is also a KRT (Kawasaki Race Team) edition, available due to the 2016 championships it won, featuring a race-inspired decal package, the Patented Kawasaki Green colour as well as red Showa brake component accents. 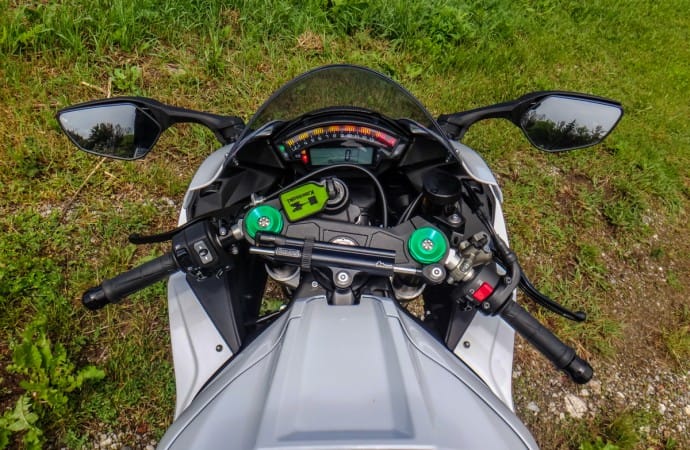 If you’re contemplating whether or not to get the ABS version, allow me to help make up your mind. The ABS version paired with the S-KTRC and IMU makes for a lean sensitive ABS, allowing you to brake hard while in corner without fear of having the bike fall out from under you. This is accomplished by factoring in lean angle, speed (front vs. rear) and braking pressure. This is especially helpful if you live in Canada, where sand and salt wreak havoc on corners and intersections after our harsh winters before the street sweepers make their way out. Get one. NOW! 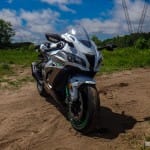 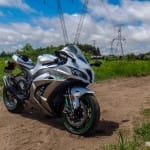 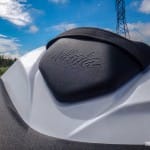 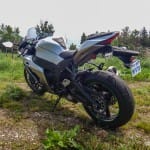 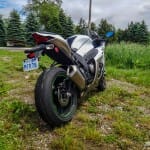 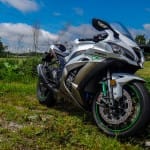 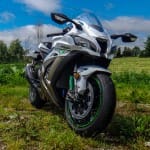 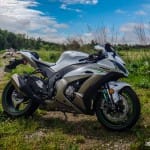 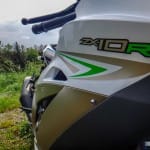 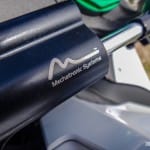 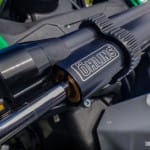 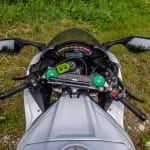 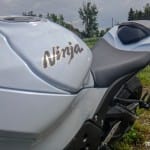 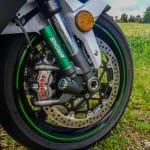 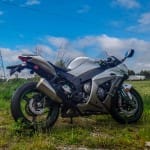 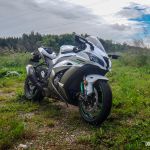