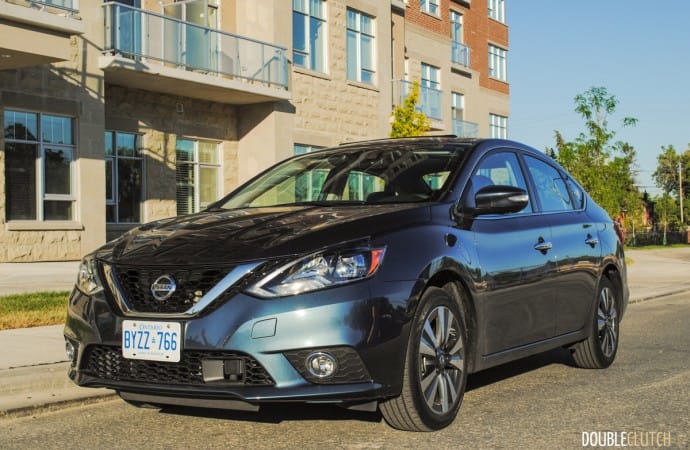 The Sentra is what I would consider very good, livable daily transportation.

As an enthusiast, it’s not always easy to get excited about common commuter cars. But, as someone with a grueling daily commute across the GTA, I’ve come to appreciate the benefits of having a suitable weekday car. This would be a car that’s immensely comfortable, safe, efficient, maneuverable and cheap. It also helps if the car has a good stereo to help pass the time while sitting in traffic. That’s the market that the 2016 Nissan Sentra SL plays in, so I thought I’d try commuting in it for a week to see how well it really hits that criteria. For my week, the kind folks at Nissan sent me the best Sentra they have to offer, a top of the line SL model, equipped with the full gamut of available options. 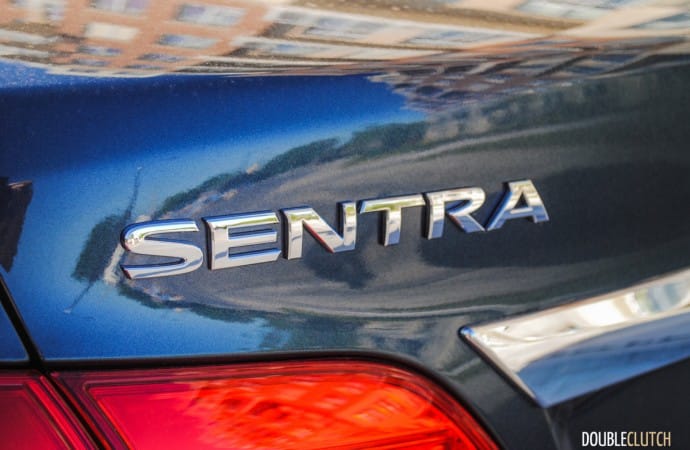 Model year 2016 represents a minor face-lift for the Sentra (reviewed here), which means new front and rear ends, a new grille, new LED daytime running lights and new wheel designs including the rather sporty looking 17s on my test car. These wheels are wrapped in high-quality Continental tires, which are a notable step up from the standard rubber on many of the Sentra’s competitors. The rest of the exterior is largely unchanged from the previous year, and at a quick glance, the car looks just like any other modern compact sedan.

Depending on your perspective, this may be a good or a bad thing. The front fascia is actually rather handsome, but the rest of the Sentra’s exterior design does very little for me. Also, on closer inspection I’d say that a few corners may have been cut when it comes to the exterior build quality; uneven panel gaps are noticeable. If the exterior hints at generic, the interior definitely goes all the way. Again though, generic isn’t all that bad depending on what you’re looking for. The dashboard in the Sentra is simple and clean, making all the controls very intuitive and easy to reach, something I’d struggled with in other more expensive Nissans. 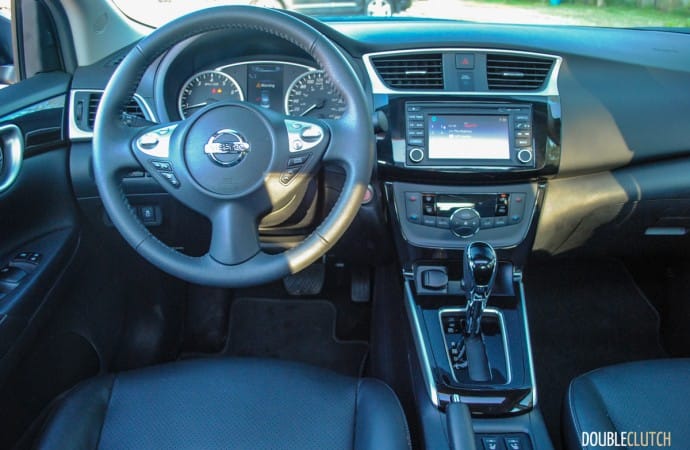 Plenty of soft-touch plastics have been used throughout the cabin and areas such as the door pulls, dashboard and leather-wrapped steering wheel feel great to the touch. The headliner is made from some type of synthetic fiberboard and it’s really the only aspect that really cheapens the interior in the car. At the Sentra’s base price of $15,900, I wouldn’t mind a cheap headliner at all, especially given the rest of the merits at that price point. However, my tester came with an MSRP just a couple dollars shy of $26,000, and at that price I expect something a little nicer above my head.

The top-trim SL does come with a nice feature set, which hits on all the right options to make the Sentra a comfortable commuter without going overboard on gadgets. For instance, it comes with heated leather seating, but not just any leather seats – these are great plush seats offering plenty of ergonomic support. Even after hours in the drivers seat, I always felt great getting out of the Sentra. There’s also a power sunroof, automatic climate control and a powerful eight-speaker Bose sound system. Adaptive cruise control is another nice addition with the SL trim level; a feature that you’ll quickly appreciate on long road trips. To keep you safe on your commute the Sentra SL comes with a host of electronic safety features like blind spot monitoring, rear cross traffic warning and emergency braking. 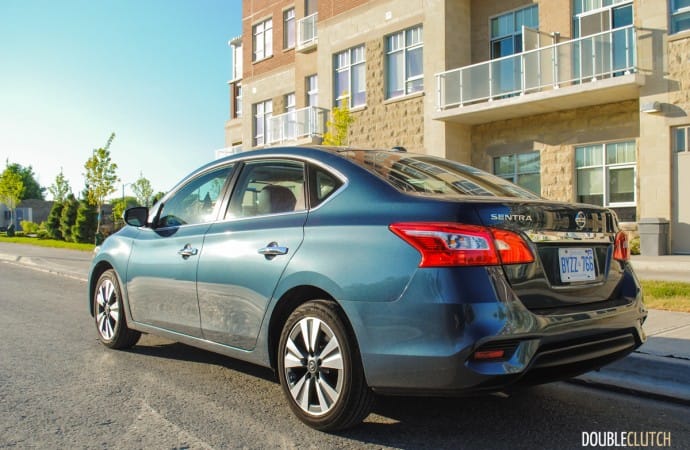 When it comes to versatility and space, the Sentra is a definite winner among compact sedans. The rear leg room is comparable to a typical full-sized sedan, as is the trunk space afforded by the large rear overhang. The split-folding rear bench is handy for larger items, and even the passenger’s seat can be leaned back relatively flat allowing for really long items to be swallowed by the Sentra.

The Sentra’s only engine is a 130-horsepower 1.8L 4-cylinder mated to either the standard six-speed manual, or the optional Xtronic CVT. My test car came with the optional CVT, which when paired to the relatively low output four-cylinder makes for a rather frugal-feeling car. The CVT in the Sentra is laggy to respond to throttle inputs and generates little more than an annoying whine when pushed to accelerate quickly. The car’s general sluggishness is a bit of a shame too, because the rest of the driving experience is actually very good from behind the wheel of the Sentra. 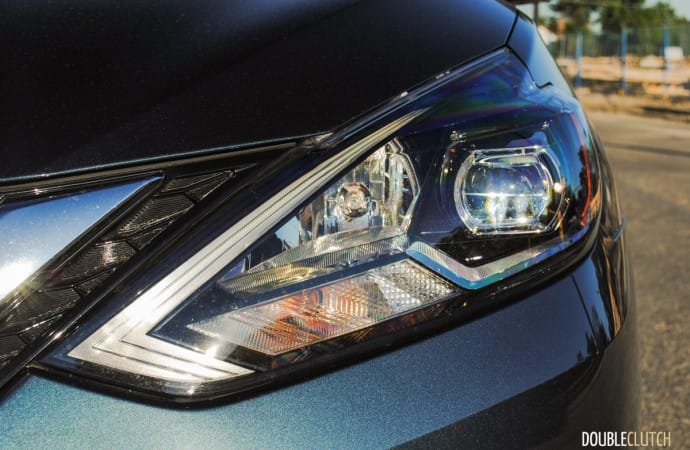 For 2016 the suspension has been re-tuned, offering a ride that is well mannered and smooth. In fact, the Sentra is one of the best riding compacts I’ve driven. The electronic steering is also a strong point, it’s light yet firm enough to feel controlled and confident. Best of all are the Sentra’s highway manners. Once up to speed, the Sentra cruises fabulously. The CVT shines here keeping the RPMs nice and low. Cabin noise is minimal, and the steering tracks perfectly straight with a very confident sense of control. A compact that’s also a great highway cruiser isn’t something you come across all the time, so it’s one of the standout traits that I like about the Sentra.

Fuel economy was another positive as well, despite heavy traffic and lots of air conditioning use during a sweltering hot week in the city, the Sentra averaged a thrifty 7.3L/100km in my week worth of rush hour commuting. As with all of its rivals, the Sentra sips regular 87-octane fuel, and has a sufficiently large fuel tank making gas stops an occasional affair. 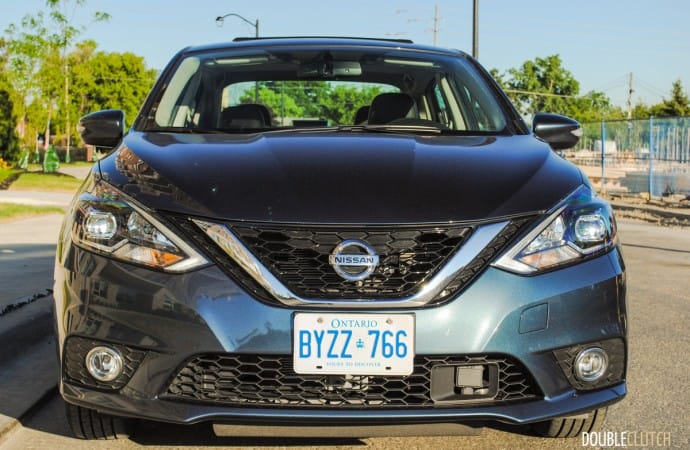 The 2016 Nissan Sentra SL is what I would consider very livable daily transportation. It’s not particularly exciting, and it would definitely benefit from a boost in power. However, it packs a logical and extremely comfortable interior, an impressive amount of passenger and cargo space, a great ride, phenomenal highway manners and fuel economy right in-line with the rest of the compact market. Those factors make the Sentra an ideal commuter car, and the SL trim level builds on that, adding the most commuter friendly equipment. If you’re a highway commuter looking for something comfortable and efficient to rack up the miles, the new Sentra just might be your ticket. 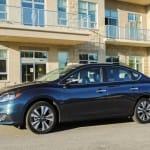 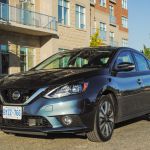 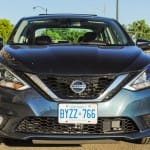 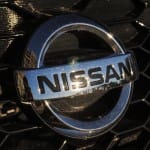 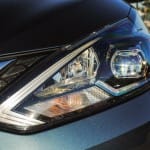 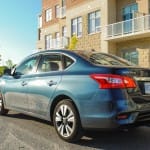 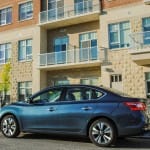 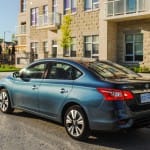 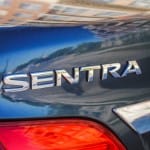 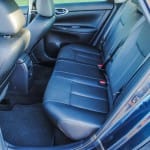 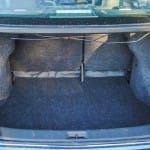 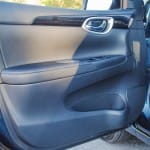 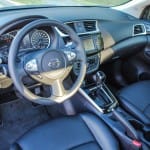 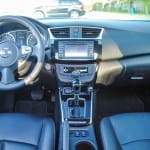 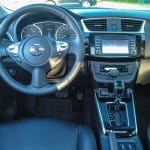 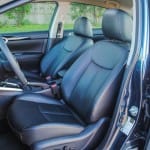 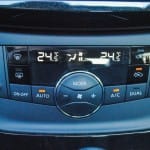 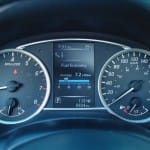