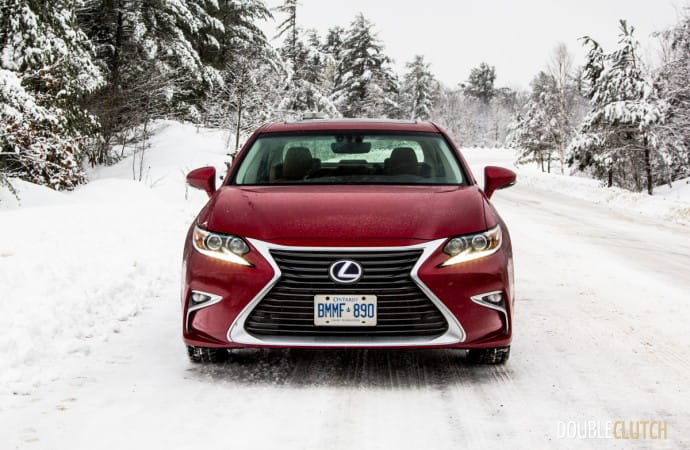 The Canadian market does not receive the hybrid variant of the Toyota Avalon, which is a decent seller in the United States.

With increasing popularity around Toyota’s Hybrid Synergy Drive system, it has become inevitable for them to implement this setup across the Lexus lineup as well. At Toronto’s busiest airports, the Lincoln Town Car has been the choice limousine for decades now, but it has been discontinued and the fleets now need a replacement. Major limo companies have now gravitated towards Lexus, and I was interested to see why, so I borrowed a 2016 Lexus ES 300h to put through the paces of a winter test. 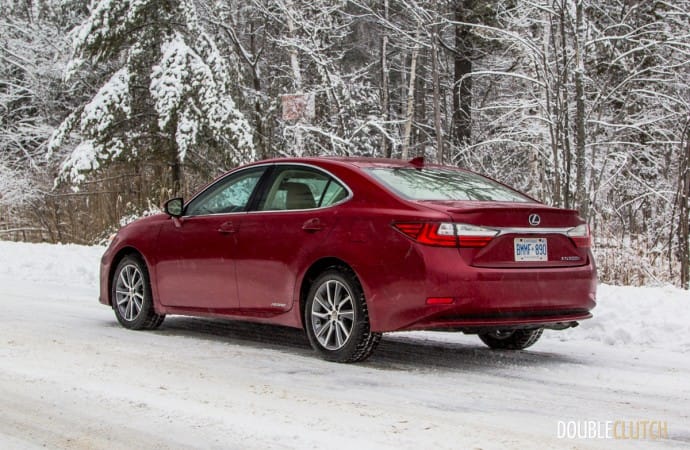 There are a few very obvious reasons to opt for Lexus over the popular German choices. For one, the Japanese brand is consistently sitting atop the reliability ratings, while the Europeans are all fighting to achieve a podium finish. Not only has Lexus proven their durability, their cars have impeccable fit and finish, great interior space, aggressive pricing, and powerful drivetrains. In recent years, Lexus styling has been off the charts too, with striking designs like the RC-F (see review) and the current GS350. The ES has been given a pretty hefty refresh for 2016, and follows suit with the rest of the lineup.

Maintaining the same family design cues that help the Lexus lineup stand out, the ES now receives the wide-mouth grille with the hourglass-esque shape. There are aggressive kinks on the front end, which cause the ES to give up its anonymity in favour of a bolder look. The side profile is largely the same, and the rear end gets a more modern stance with new lighting and subtle accents throughout. Overall, the car has gone from rather bland and unassuming to bold. With newcomers in its segment like the excellent Nissan Maxima (review here) as well as the Chrysler 300C, the Lexus’ new face will help it stand out significantly more. 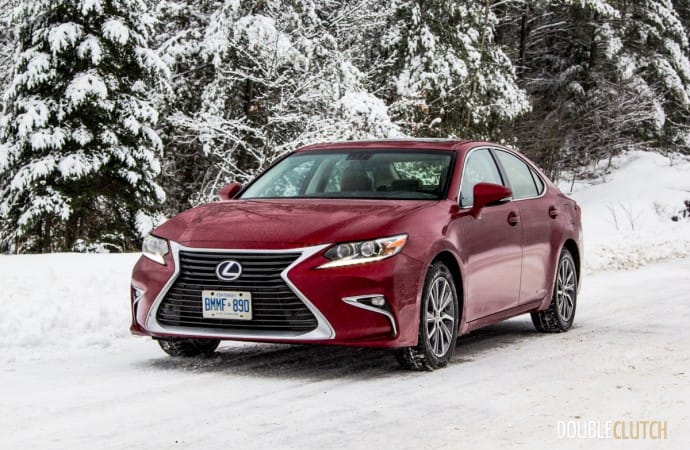 Our ES 300h is the hybrid model, which uses the same powertrain as the Lexus NX 300h, the Toyota Camry Hybrid as well as the new RAV4 Hybrid. It’s one of Toyota Motor Corp.’s most trusted powertrains, with taxi applications dating back to 2007 still on the roads today. The 2.5L inline four-cylinder engine is mated to an electric motor, which in synergy put out 200 horsepower at 5,700RPM. Given the ES 300h’s weight of 4,740lbs, this setup gets the job done nicely. The only available transmission is Lexus’ buttery smooth continuously variable unit, and there could not be a more suited box for this engine.

The key here is smoothness, comfort, and quietness – Lexus delivers in all of these effortlessly. The ES is extremely quiet at all speeds, and the engine is quiet even when accelerating with the throttle wide open. The CVT does sound strained on full throttle, but the ES gets to highway speeds easily and holds its own easily on long highway hauls. The car does find itself out of breath if asked to pass at highway speeds, and groans in complaint. Those wanting more oomph and are willing to sacrifice fuel economy can opt for the more powerful ES 350, which uses a conventional gas engine and is almost equally smooth in operation. 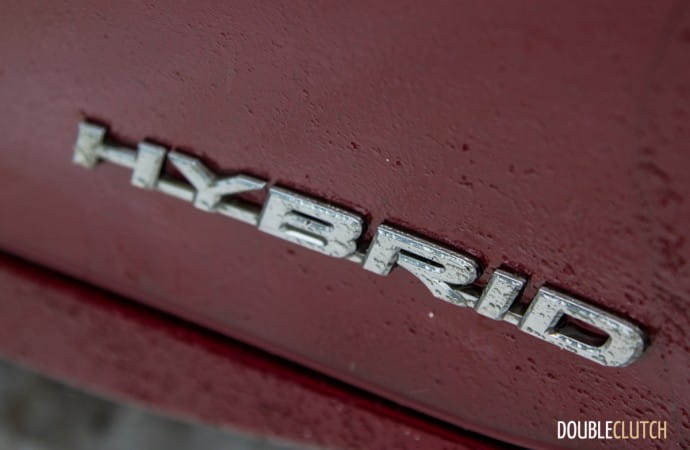 When conducting a review on a hybrid car, I often get asked about fuel mileage. After all, frugality is one of the main arguments in favour of the hybrid. Lexus suggests 5.8L/100km in the city and 6.1L/100km on the highway for the 2016 ES 300h. My test took place in cold, snowy conditions and included a 600-km road trip into the Muskoka region for an outdoor adventure. Excluding this trip, my combined mileage for the week was 6.5L/100km, which isn’t bad in the slightest for subzero temperatures. After factoring in the long highway drive, the ES was up to 7.0L/100km, as the engine has to work much harder and the Hybrid Synergy Drive system is most ideal in urban environments. There is an “EV Mode” button for low-speed city driving.

In past generations, the ES was based on the Toyota Camry, and therefore shared its platform, powertrains, and even loosely shared styling cues. As of the 2013 redesign though, the ES grew a size and became the Avalon’s sister car. This meant more interior space, a more substantial footprint, and an overall more upscale feel. As I mentioned previously though, the Avalon cannot be had with a hybrid powertrain in Canada. The largest hybrid Toyota sedan is the Camry, which tops out at $10,000 below the starting price of the ES. The key difference here is that the Camry is significantly smaller in every dimension, and the Lexus packs some features unavailable to the Toyota. 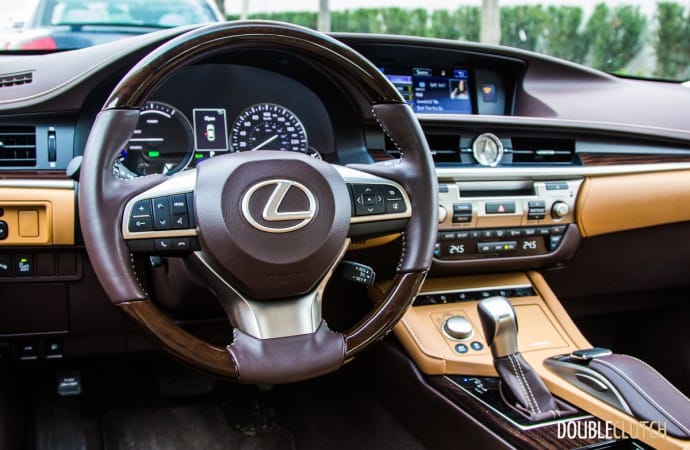 The ES’ interior also got a slight overhaul; most importantly adding vastly improved sound deadening. Our tester was painted in a rather unique Matador Red Mica and the interior was upholstered in Flaxen leather (a lovely shade of light brown). Beautiful lacquered wood inserts and pewter metallic accents finish the rest of the dashboard in style. Well-settled baby boomers comprise a high percentage of the Lexus ES buying public, and the interior of the car is perfectly suited to their tastes.

Lexus prices the ES 300h aggressively with a base sticker of $44,500. Even on the entry-level model, the ES comes with NuLuxe leatherette, heated and ventilated seats, Drive Select Mode, and an integrated rear spoiler. Our car came packed with a $4,650 Touring Package, which brought the as-tested price to $49,150. This package added most luxury features that the typical ES buyer would want, including a power tilt and telescopic steering wheel with heat, wood trim on the steering wheel, blind spot monitoring, full leather seat surfaces, a power rear window sunshade, navigation system, memory seats, LED headlights, and a rear-view camera. 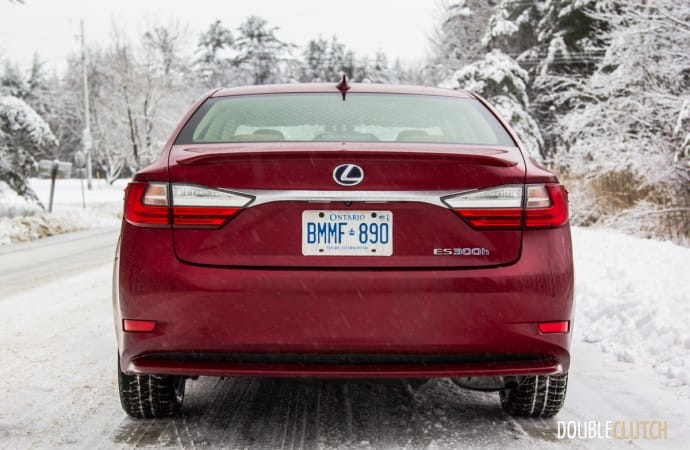 Getting into the mid-$40,000 price range will buy you a decently equipped BMW 3-series or Mercedes C-Class. Not everybody wants a compact car with sporty driving dynamics though; there’s a huge percentage of the market that just wants a premium sedan with a great level of comfort and proven longevity. The Nissan Maxima is sporty, but forgoes some comfort in favour of a more youthful personality. The 2016 Lexus ES 300h is an honest, luxurious sedan that will provide years of trustworthy and effortless ownership – all adding up to a personality that the vast majority of the Canadian car-buying public will appreciate. 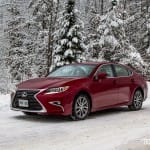 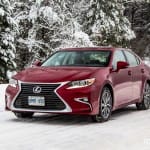 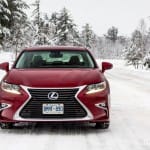 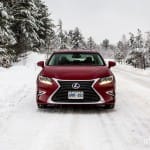 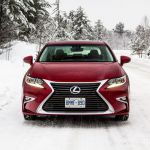 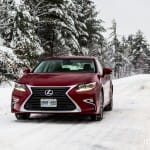 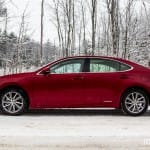 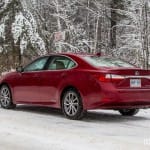 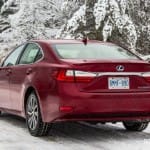 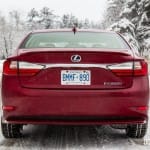 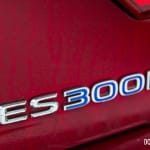 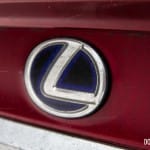 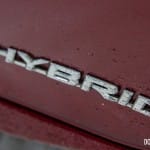 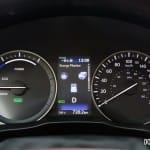 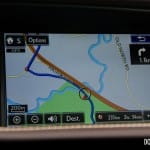 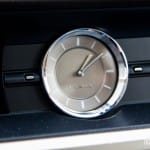 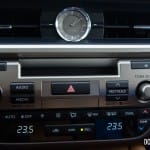 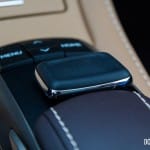 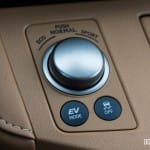 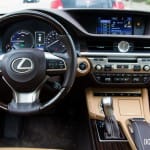 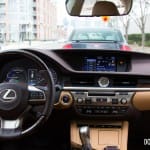 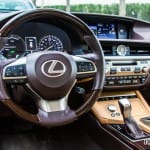