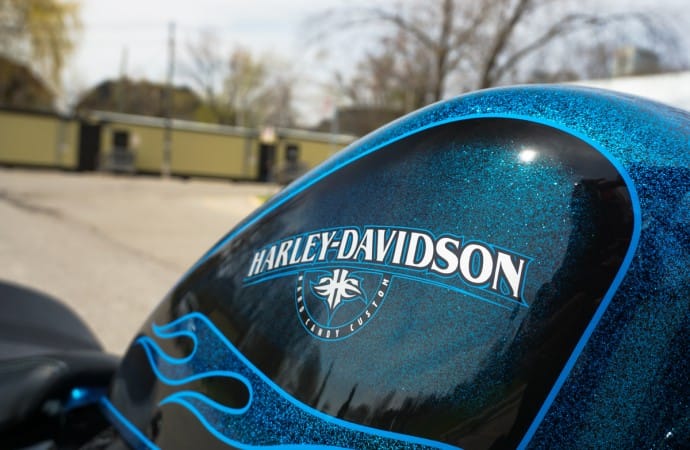 When you’re choosing a bike to purchase for everyday use, whether it’s your first, third, or twentieth, my advice would be to forget about performance. Ignore the engine size, ignore its 0-60 time. Get on the bike, ride it. Find out how that bike makes you feel. The bike that will make you look back as you walk away, the bike that you’ll never want to sell, the bike that you’ll want to ride until you can’t feel your fingers in the blistering cold – that is the bike you want to buy. 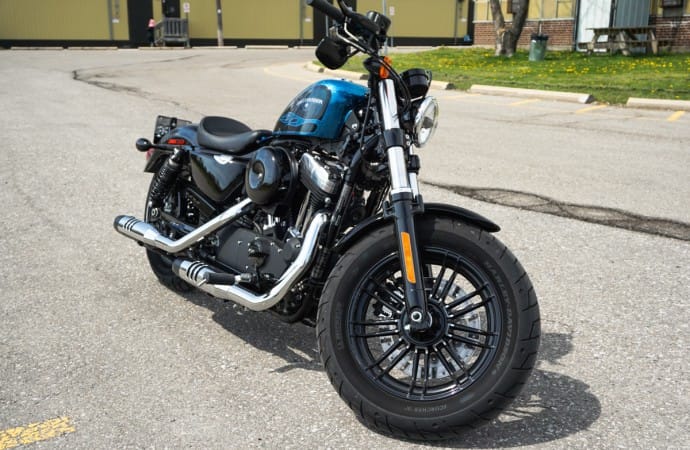 Harley-Davidson does an incredible job of making the rider feel amazing. When I ride a Harley, I feel, as cheesy as this mind sound, liberated. I spent the last week on the 2016 Harley-Davidson Forty-Eight. Every time I sat in the saddle I simply felt great. Perhaps it’s the design of the bike; the classic Sportster look works well. There is absolutely no part of this motorcycle that looks cheaply made. It’s meticulously detailed, with nine Harley badges on the bike to remind you what you’re riding, all the time. The front tire, as fat as it can be, looks a lot better on this model than in previous years as a result of the switch to cast wheels (versus spokes). 8 pounds of weight loss and a more aesthetically-pleasing front end are positive symptoms of this.

The 2016 model is largely different from its predecessor. Ben McGinley, designer of the new sportster, is a young man who decided to finally acknowledge all the flack that Harley had been receiving for its bikes. The suspension was one of the key sources of pain in the past, and one that particularly stood out to me. Previously outdated suspension has been replaced by a pair of 49mm telescopic front forks, tilted at 28.7⁰, as opposed to the Sportster’s original 30.2⁰ rake. Though Harley claims that travel is identical to the last year’s model, the 2016 Forty-Eight definitely soaks in those potholes and manholes with much more grace. The suspension software also contributed to a more planted feel in corners. The steeper rake angle has had a noticeable impact, giving the bike a much more manageable turning radius at low speeds. 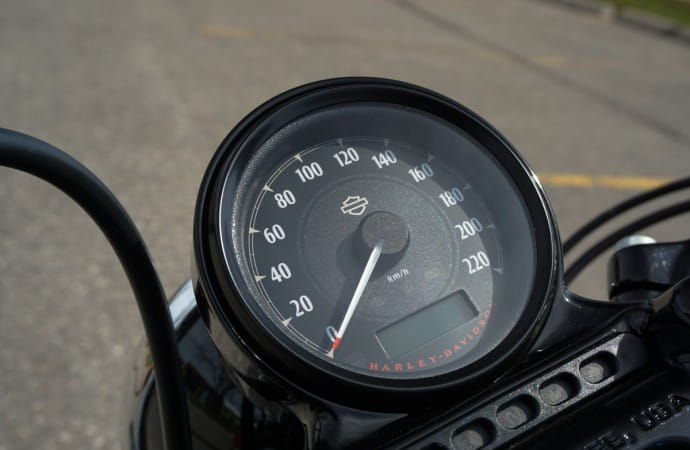 The instrument cluster looks great. The buttons are well spaced, the speedometer looks clean, and the digital tachometer with gear indicator is rather neat. Problems arise with the indicators though. It is worth noting that this is a source of frustration on every Harley-Davidson product currently available. The left indicator is by the left hand, and the right indicator is by the right hand. Why? Why would you do this? If I’m braking, blipping the throttle for rev-matches, and I need to indicate a right turn, my right hand is barely touching the handlebar anymore. Even if I’m simply rolling off the throttle and indicating a right turn, I might accidentally blip the throttle a little bit while I’m reaching for the indicator. Furthermore, the buttons have little to no feedback to let you know that you’ve turned off your signals.

Another cause of frustration was the lack of spring-loaded pegs. If you put your foot down at a light, and accidentally bring up a footpeg on the way up, it’ll stay there. It won’t redeploy, you have to manually kick it back into place. The ride itself was pleasant. My body was rather pleased with the plush seat, and the plain rubber grips feel comfortable as well. The Sportster’s 1202cc V-twin pulls nicely off the line, its throttle response impeccably smooth and steady. The shifter has a satisfying clunk to it as you move through the gears. That being said, neutral is a horrid pain to find. At some points, I legitimately just got frustrated and gave up, holding it in gear instead. 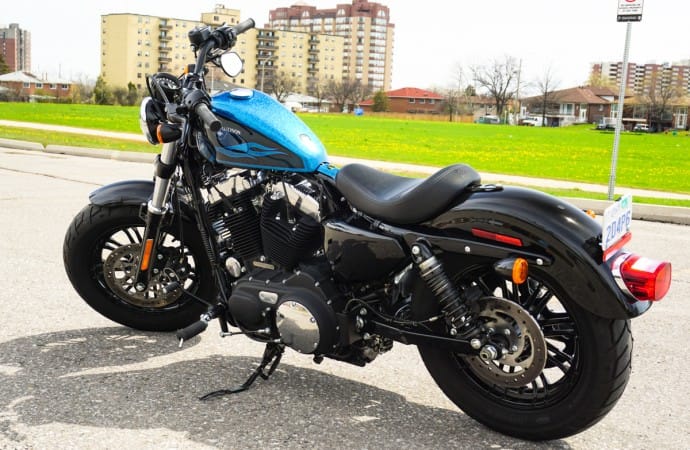 As mentioned before, improvements to the suspension system created a more agile machine in the Forty-Eight, but its newfound dexterity is limited by its low ground clearance. It has a lean angle of approximately 27 degrees on each side before pegs start to scrape. This is no big problem when cruising out on the highway, but could make tight city manoeuvres a bit cumbersome. Harley-Davidson has made some huge improvements with the new 2016 Sportster Forty-Eight. Priced at $12,999, it rides well, and stays true to the legend of the Harley-Davidson brand. Going forward, I would like to see more focus on striking a better balance between sticking to classic roots and embracing the beauty of practicality and function. 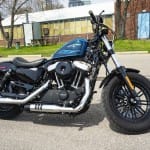 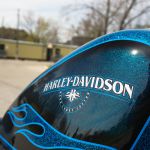 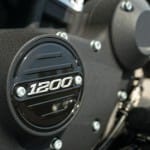 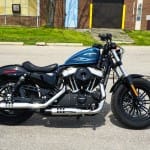 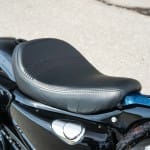 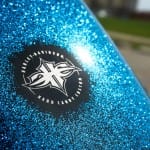 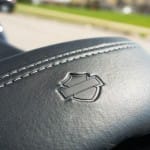 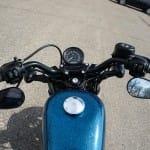 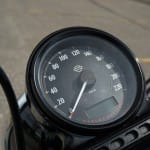 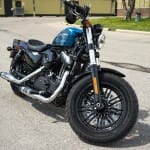 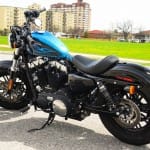 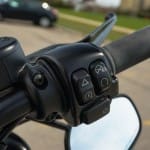 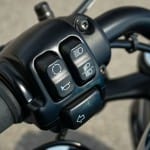 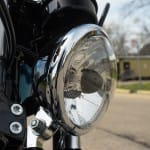 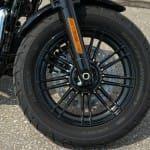