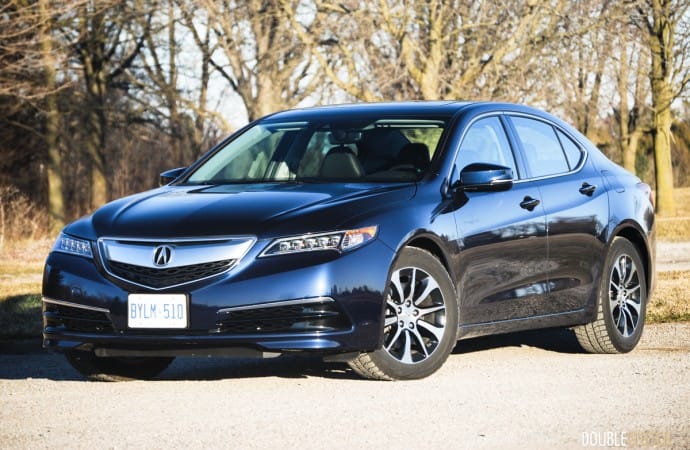 Punchy and potent as it may be when driving spiritedly, the TLX is very smooth.

In the mid-2000s, Acura was in their sweet spot. Products like the slick RSX, the trendy TSX and the stunning TL helped Honda’s luxury division stand up to the Germans with ease. The brand’s lineup in recent years has received criticism for having lost their ways. Model year 2015 marked the introduction of the TLX luxury sports sedan, a new car that combined the TSX and TL. I was sent the most fun example, a 2016 Acura TLX P-AWS, and I put it through the paces to determine whether or not the car revitalizes Acura’s overall image. 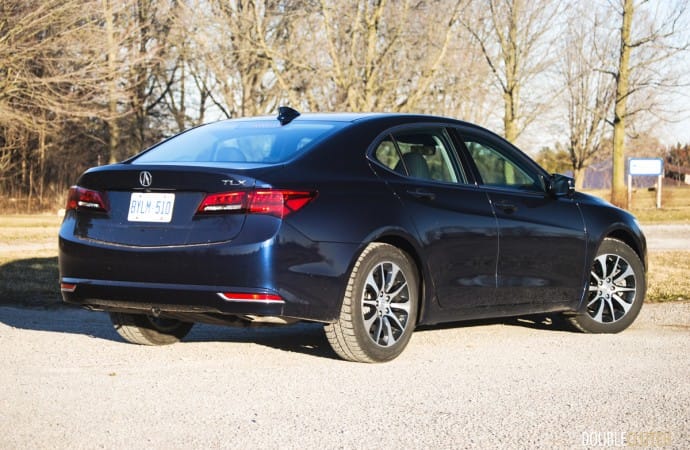 The TLX is offered with two powertrains – a punchy four-cylinder and a more grown-up V6. Last year, our editor did a long road trip through Florida with the four-cylinder and swore up and down that power be damned, this is the model to have. The 2.4L inline four-cylinder with i-VTEC is easily compared to the boosted fours in all of the Germans, and even the Lexus IS200t (review here). The sweet motor puts out 206 horsepower at 6,800RPM and 182 lb-ft of twist at 4,500RPM. It’s a very responsive engine that has ample power on the low end as well as through the midrange. If highway passing power is a huge priority, perhaps the V6 would be a better choice.

One of the things that upset purists the most about Acura is the lack of a manual transmission. Ten years ago, Canadians could opt for a six-speed manual on almost every non-SUV model in the Acura line; from the RSX right through to the TL. Now, even with the long-anticipated NSX on the horizon, no manual transmissions remain. The only available gearbox in the four-cylinder TLX is an eight-speed dual clutch unit. It’s not a poor transmission by any means – the shifts are crisp and effortless, the paddle shifters are easy to use, and eighth gear leaves revs very low at highway speeds. 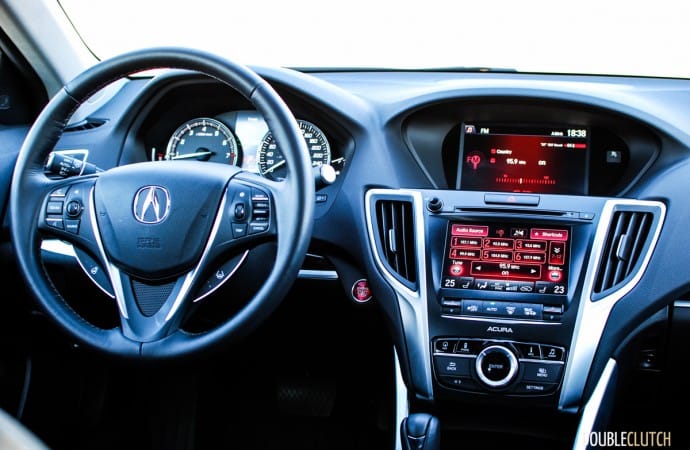 As with nearly everything coming out from under the Honda umbrella, the TLX handles like a dream. Turn in is spectacular, and the response is excellent. One thing to note is that the turning radius is a bit wider than expected for a compact sport sedan. Front-wheel-drive models of the TLX are equipped with Precision All-Wheel-Steer, which slightly turns the rear wheels in the opposite direction to the fronts when required, making for more confident handling and improved control. All-wheel-drive is not available on the four-cylinder model; it’s limited to V6 examples only.

Punchy and potent as it may be when driving spiritedly, the Acura TLX is very smooth in overall operation. The Integrated Dynamics System (IDS) toggles modes between Econ and Sport+, also including Normal and Sport settings. This alters throttle response, suspension, shift points and engine mapping to ensure ideal performance for the required conditions. In the Eco setting, the TLX feels devoid of any sort of passion, and I found Sport to be the sweet spot. The front suspension is a strut-type setup and makes for excellent ride quality, though it is on the firm side, not unlike that of the Lexus IS (review here). 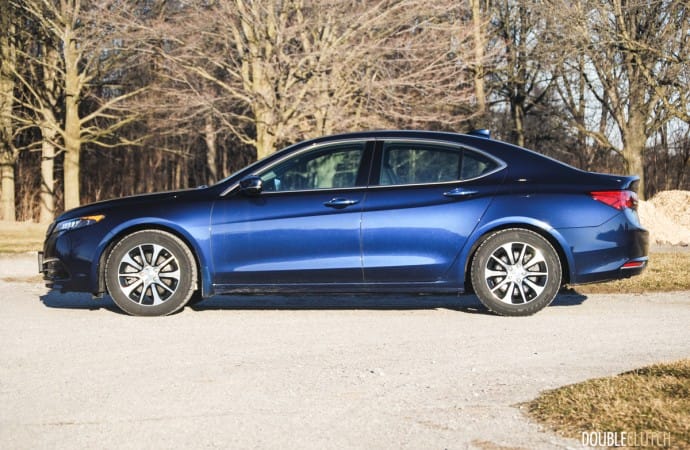 Not only does it drive well, the Acura TLX is very frugal on fuel. Acura suggests 9.6L/100km in the city and 6.6L/100km on the highway for a combined rating of 8.3L/100km on premium unleaded fuel. After a weeklong test in cold temperatures with winter-mix gas, we were able to manage 7.9L/100km. The car does require premium, and the fuel tank will hold 65L of it. It’s worth mentioning that the V6 SH-AWD model also commands premium, and is rated for a combined average of 9.6L/100km.

On the inside, there is no mistaking the TLX for anything but an Acura. The cockpit is well laid out with no surprises, and the driving position is excellent. After a long highway trip, it became evident that these are some of the best entry-level seats in the segment, easily surpassing the Mercedes-Benz C-Class and BMW 3-series. The driving position is near perfect, and there is ample adjustability from the seats and steering wheel (tilt/telescopic) to immediately become comfortable regardless of height. 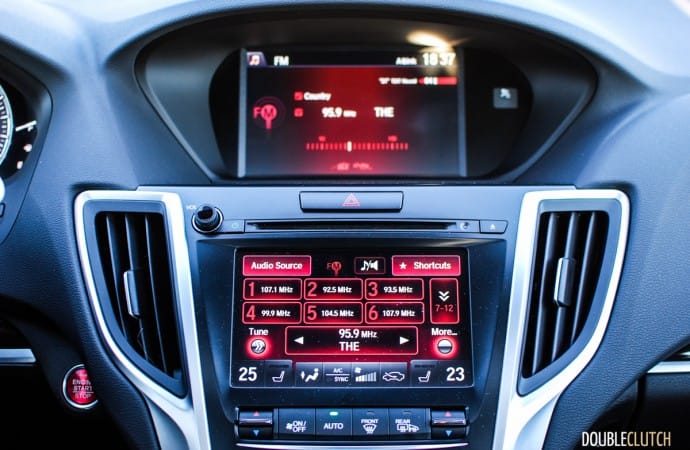 The Acura infotainment system is a dual-screen layout, with the lower being a touchscreen capable of handling entertainment and climate control setups. I would have liked to see dedicated buttons for heated seats – the cold temperatures often froze the screen and it took a while to get warmth going. Regardless, unlike other manufacturers’ systems, Bluetooth connectivity is seamless and using USB to play an iPod throughout the test period resulted in no complaints. The latest Garmin-based system in the Civic, Accord, and Pilot (reviewed here) will undoubtedly make its debut on the TLX in a forthcoming mid-cycle refresh.

Acura has aggressively priced the base TLX at $37,462, and at this price comes pretty well equipped. Our tester is the TLX Tech, which stickers at $41,162. This trim adds a navigation system with voice recognition, ELS 10-speaker premium audio system, blind spot information, cross traffic alert, heated steering wheel, heated rear seats, perforated Milano leather interior, and a factory remote starter. This will be the volume seller with the four-cylinder powertrain, as it represents the fully loaded example without stepping up to the V6 with all-wheel-drive. 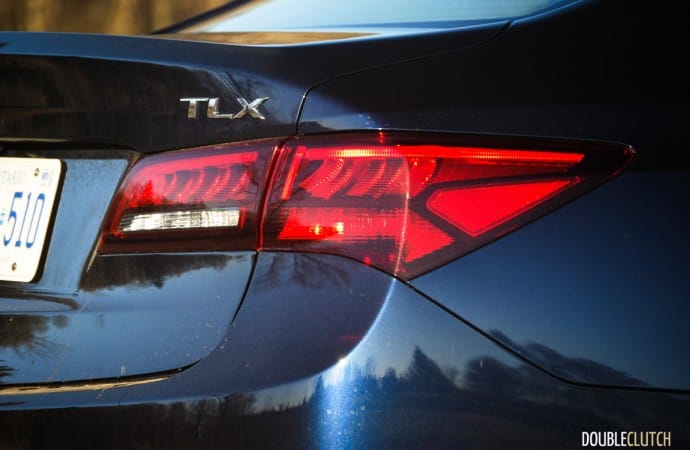 The TLX is a very good car fundamentally, but I can’t help but think that Acura has lost their way a little bit. The term “very good” doesn’t synonymize with the words “pure” and “passionate”, which embodied the Acura philosophy in the past. That being said, the same can be said of every single one of its competitors. If all-wheel-drive isn’t a requirement, the four-cylinder TLX is one of the most cheerful and eager sedans in its segment, and also one of the roomiest. The BMW 328i is a bit boring, and the Mercedes-Benz C300 (reviewed here) is “okay” at best. However, if shopping all-wheel-drive or six-cylinder examples, the Germans would be my choice.

After spending a week with the 2016 Acura TLX P-AWS, I came to the conclusion that it’s one of the best values available in this segment. It’s very easy to get the comparable Lexus, BMW or Mercedes-Benz examples up into the $50,000 range while retaining the four-cylinder engine. The Acura represents a vehicle promising an exquisite long-term ownership experience, enough creature comforts to keep buyers happy for years to come, and a judicious powertrain that is sure to be reliable and fun for years to come. This really might be the perfect choice for a young entrepreneur or executive who doesn’t want the jazz of the Germans. 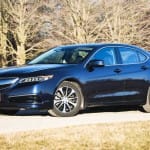 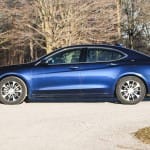 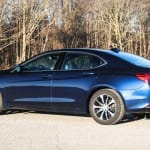 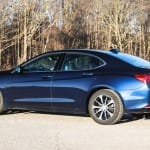 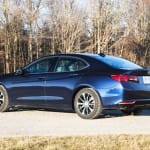 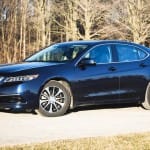 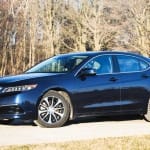 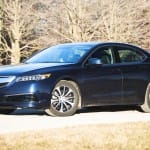 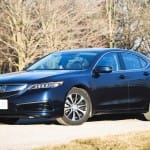 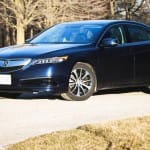 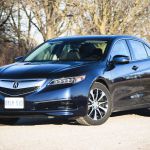 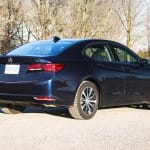 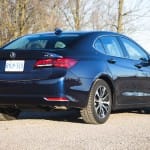 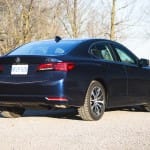 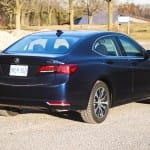 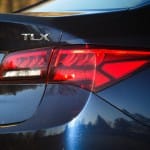 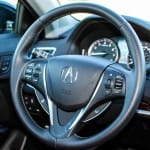 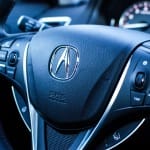 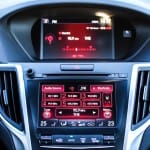 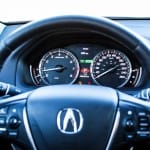 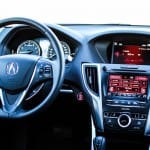 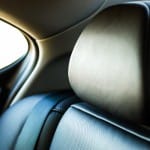