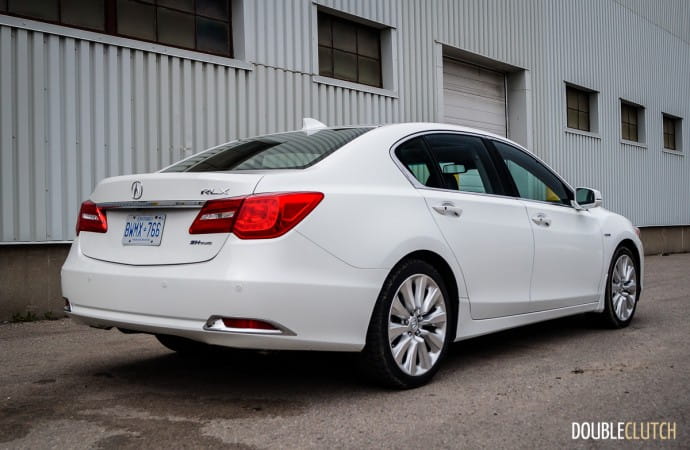 Despite being a comfortable luxury sedan, the handling of the RLX is a very pleasant surprise.

When it comes to hybrid electric vehicles, most choices in the market favour fuel economy over fun and driving dynamics. With offerings such as the Toyota Prius (reviewed here) pushing frugality at the pumps to new highs, Acura is taking a bit of a different route with the top trim 2016 Acura RLX Elite SH-AWD, which promises to bring stellar performance to the table, while still having fuel economy that would be envied by its competitors. As the flagship sedan, the RLX may not be the first vehicle that comes to mind in the mid-level luxury segment, but the feature set and specification list will suggest that it’s a competent performer that will give its German rivals a run for their money. 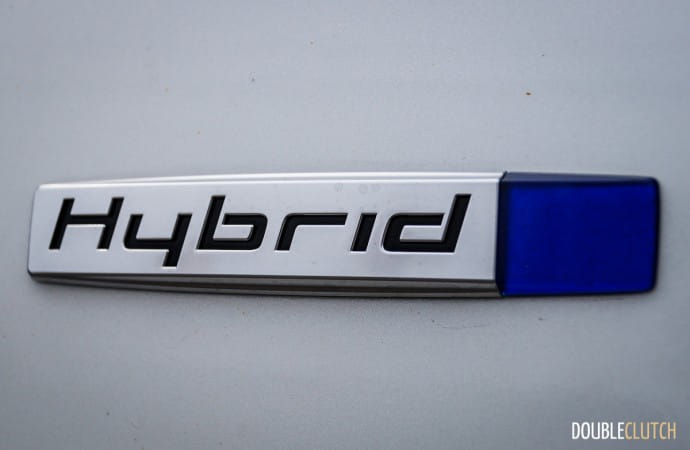 Finished in a classy Bellanova White Pearl, the RLX sedan presented itself with an elegant presence that’s not too overstated. The Jewel Eye LED headlights are one of the best parts about the RLX – they look great, and perform even better. The Acura “beak” grille of yore has been toned down for the most part, and the abundance of hard edges help to create a confident look that still manages to remain somewhat conservative. Buyers looking for smart, sensible style without the flashiness will find themselves liking the look of the RLX.

Under the hood of all Canadian 2016 Acura RLX models is a hybrid powertrain with four power sources – a gasoline 3.5-litre V6 in addition to three electric motors. Total system horsepower sums up to 377 horsepower, combined with 341 lb-ft of torque. The V6 powers the front wheels, and two of the electric motors find themselves powering each rear corner, allowing Acura to have a torque vectoring all-wheel drive system known as Sport Hybrid Super Handling All-Wheel Drive (SH-AWD). During cornering, SH-AWD is capable of directing power to and from each individual wheel in order to basically pull the RLX around a turn. 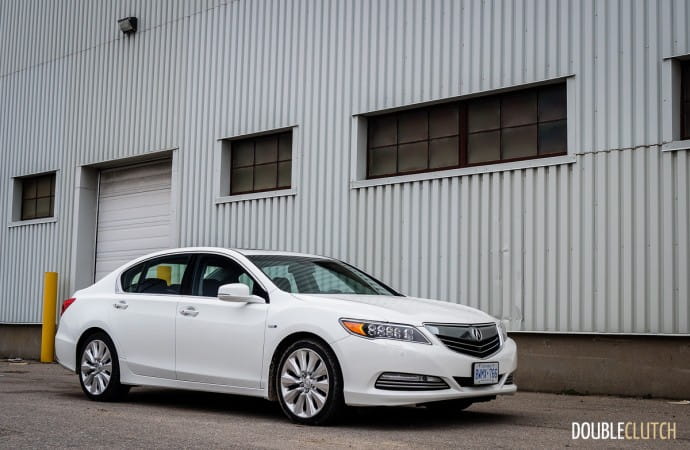 With the absence of a driveshaft connecting the front and rear wheels, Acura has space to add a battery pack to power the electric motors. As with other hybrid and full electric vehicles, using the brake pedal utilizes regenerative braking that charges the battery pack, with the conventional hydraulic brakes coming in only during emergency stops, or at very low speeds. Pedal feel was firm and confident, and the Acura seamlessly transitions between the two braking systems, which is often a weak point on other hybrids.

The gas V6 is an exercise in refinement, and the engine is among the smoothest and most confident in the business. It emits a delicious exhaust note, and pulls strongly throughout the entire rev range. When combined with the electric power, acceleration is downright brisk, and makes the RLX a sheep in wolf’s clothing. A seven-speed dual clutch automatic transmission offers crisp, responsive shifts that integrate the multiple power sources well, aside from a tiny bit of clunkiness at low speeds when heavy throttle is applied, with the transition between electric and gas portions of the hybrid system making itself evident. Paddle shifters give drivers control of gear selection, but in most cases, simply putting the throttle down will take advantage of the ample torque available from the V6 and hybrid system. 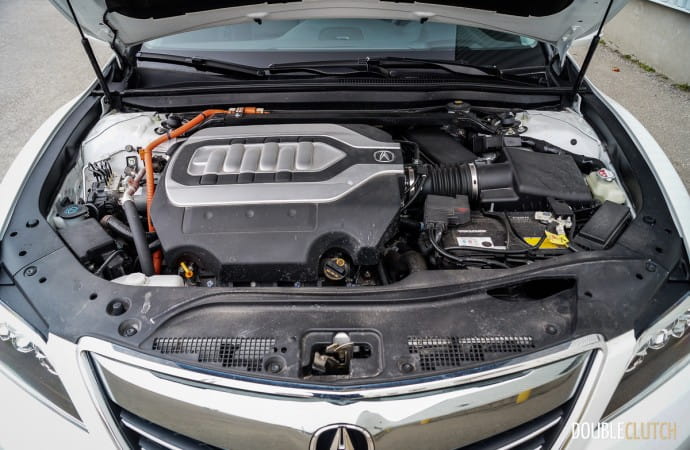 Even with 377 horsepower, the Acura RLX Elite still manages to garner great fuel economy, especially considering the performance level. With a 57-litre tank and recommending premium octane fuel, it’s rated at 8.0L/100km in the city, and 7.5L/100km on the highway. Average fuel economy for the week did miss the nominal mark with an observed value of 8.6L/100km, but cold weather and copious amounts of throttle will dampen real world numbers in the same way as any other car. Simply put – the RLX’s powertrain is fun enough such that drivers will be always tempted to have fun with it. Non-hybrid competitors will achieve significantly worse fuel economy for the same driving mix.

Despite being a comfortable luxury sedan, the handling of the RLX is a very pleasant surprise. The SH-AWD system puts the power down reliably and predictably, and the turn-in response is closer to that of a much smaller, more agile car. Even with an electric power assist steering rack (with power tilt and telescoping adjustment), steering feel is a very strong point on the big Acura. With almost all of today’s cars using an electric assist setup, the RLX stands out amongst the crowd for steering that happens to be communicative, well weighted, and completely blows almost every other hybrid out of the water. Ride quality is on the firm side, and will be closer to that of its European rivals; thankfully, body control and damping are well done. Performance-oriented low profile P245/40R19 tires on aluminum alloy wheels are also a boon. 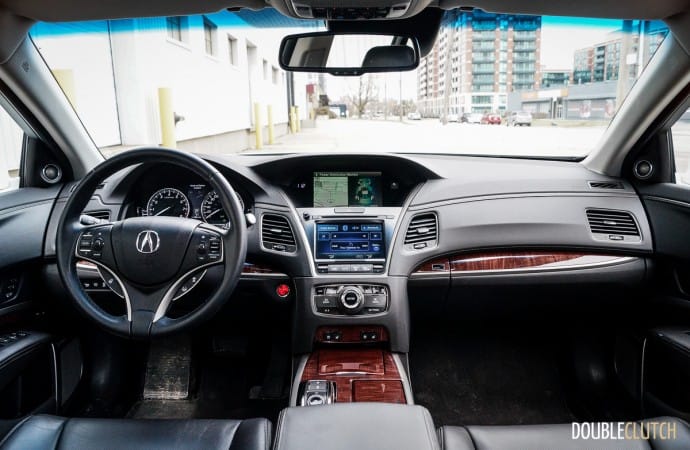 On the inside, the RLX Elite is a very pleasurable place to spend time. Fit and finish, as well as material selection are top notch, and illustrate Acura’s attention to detail in designing and assembling an interior that is both elegant and durable. The test vehicle was equipped with the darker Ebony Milano Leather interior, which was a nice contrast for the Bellanova White Pearl exterior. Seat comfort is excellent, and hours-long road trips are a non-issue. On the road, the cabin is very quiet and well insulated against road and wind noise, thanks to acoustic glass and microphones that provide active noise cancellation.

There are also sunshades for all backseat passengers, including a powered shade on the rear window. A head-up display system projects driver-configurable information onto the windshield, and can include updates on speed and hybrid system output. Safety features are also plentiful on the RLX – there’s a full suite of adaptive cruise control, lane departure warning and keeping assist, blind spot monitoring, and forward collision warning and mitigation systems. 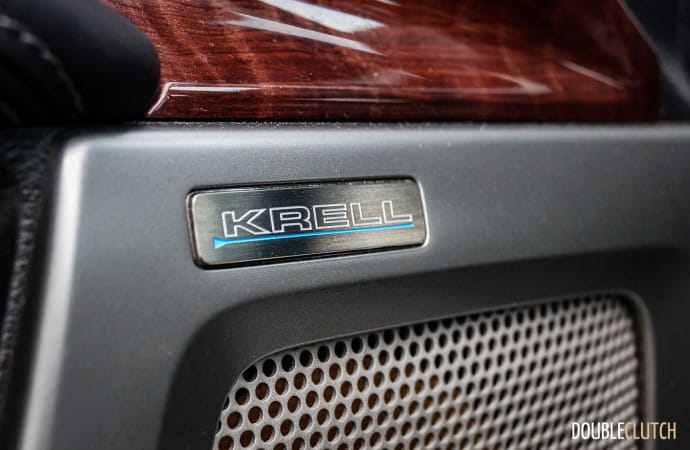 For multimedia and connectivity, the AcuraLink system features a lower and upper screen, with the lower one being a touch screen. A slightly clumsy-feeling control dial on the centre stack also allows drivers to input commands into the system – the interface of AcuraLink isn’t the most intuitive, but most drivers will be able to adapt to the system over time. It’s not all that bad, and the single biggest highlight of the RLX is the fourteen-speaker Krell audio system. This hi-fidelity setup sounds absolutely wonderful, and is hands down one of the best sound systems in the automotive industry today. The bass response is tight, and hits hard without any vibration, muddiness, or distortion. Vocals and higher notes are astoundingly clear, and audiophiles will come to appreciate the attention to detail in this area.

With an as-tested price of $69,990, the 2016 Acura RLX Elite SH-AWD comes fully featured and without any additional options or packages. While some may perceive this to be quite expensive for an Acura, it’s actually an excellent value proposition compared to its peers. The BMW 535i, Mercedes-Benz E-Class (reviewed here), Lexus GS, and Audi A6 are all considerably more expensive when equipped to the level of the RLX (to the tune of $15,000 or more), yet will offer less power output and poorer fuel economy (exception: the Lexus GS450h hybrid), without offering significantly better driving dynamics. While the Acura won’t have the brand recognition and prestige of its German rivals, it certainly beats them out on paper, and is the logical choice for those looking for the most bang for their buck. 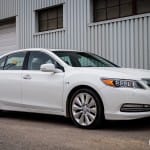 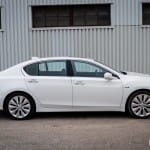 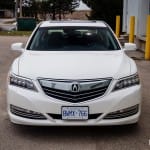 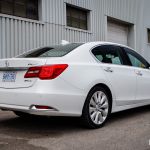 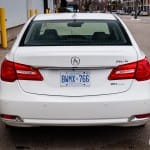 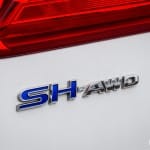 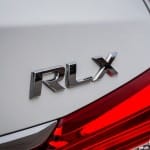 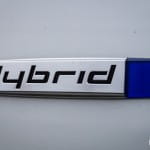 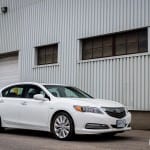 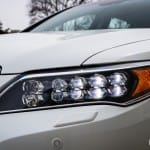 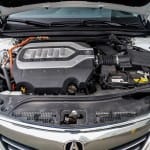 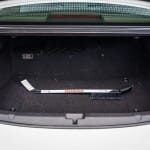 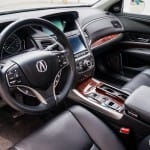 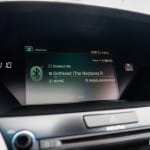 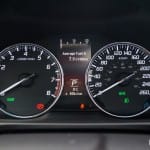 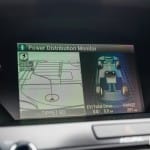 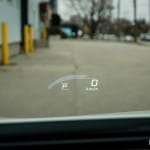 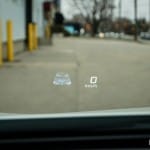 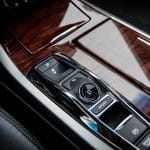 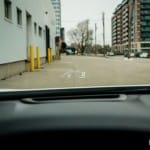 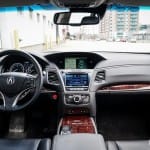 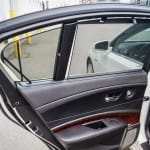 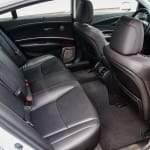 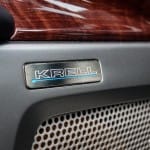