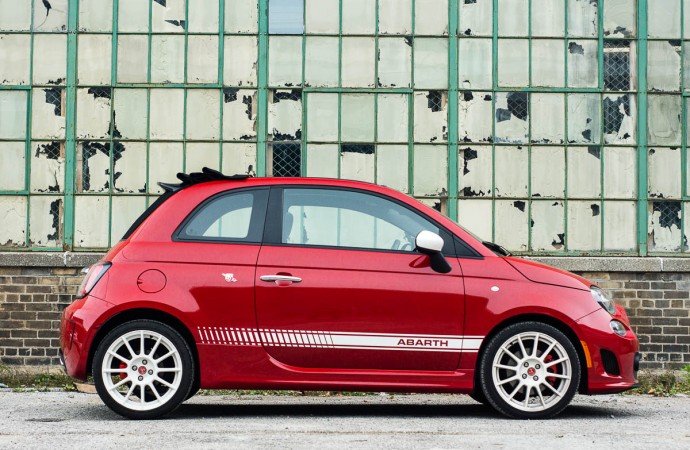 The Abarth nameplate brings a very different sort of charm to the 500.

A car like the Fiat 500 is one that doesn’t really need much of an introduction. The acquisition of the Chrysler group by Fiat was a quick way for the Italians to re-enter the market they left many years ago. Chrysler, Dodge, and Ram dealers all got the Fiat brand added, and we all started to see the blue four-letter logo pop up everywhere. They couldn’t have picked a better car to initially re-launch the brand with – the 500. This little car brings with it a ton of personality and charm to the sub-compact car marketplace – a segment that typically focuses on utilitarian practicality and price points above all else. I got a chance to play with a Fiat 500 Cabrio last year, and found it to be very interesting, as long as you weren’t really in a hurry. It’s not what anybody would consider a fast car, but when you’ve got the fabric top lowered and the springtime sun above you, would you really be in a rush? 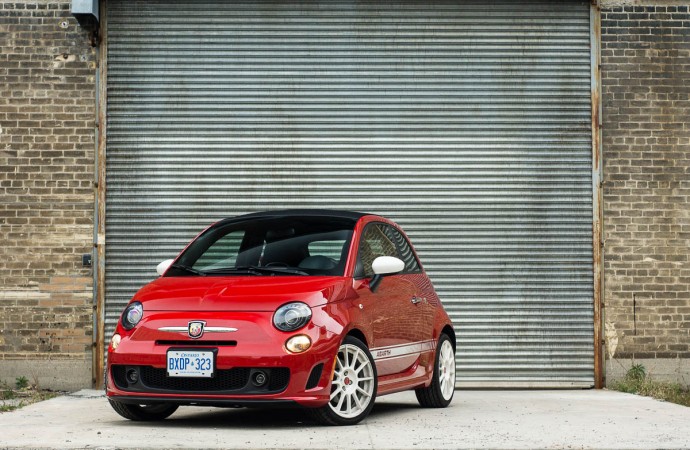 The Abarth nameplate brings a very different sort of charm to the 500. It retains most of the 500’s looks, but adds a much more sporting character, by way of turbocharged horsepower, a sport-tuned suspension, and a ton of drama. While you’re likely going to see the larger wheels and summer tires, the Abarth racing stripes along the side, the dual exhaust outlets, and the lack of the pastel-like “cute” colours, you’re also likely going to hear the 500 Abarth before you see it. More on this later. A closer look will reveal a wider body (to accommodate those wider wheels and tires), and a smattering of Abarth badging all over the car. My particular tester was painted in a shade of Rosso (Italian for “red”), with a Bianco (Italian for “white”) stripe and mirror caps. Optionally equipped were a set of 17-inch forged aluminum wheels, finished in a matching glossy white.

The ups the fun factor with the same retractable roof seen on the standard 500 Cabrio. The power cloth top is a little unique in that it accordions back upon itself as it rolls back to its first “open” position, which preserves the view you have through the rear glass window. The second (and fully open) position rolls the cloth top down the back of the 500, to make for a huge open-roof. The downside (shared with the standard 500 Cabrio) is that your rear-view is now completely obscured, and the rear hatch cannot be opened with the top being where it is. The good news is that this particular roof can be operated at speeds of up to 95km/h. If you get caught out in a rainstorm, you don’t necessarily need to stop the car in order to close the roof, which would be the case with many convertibles. 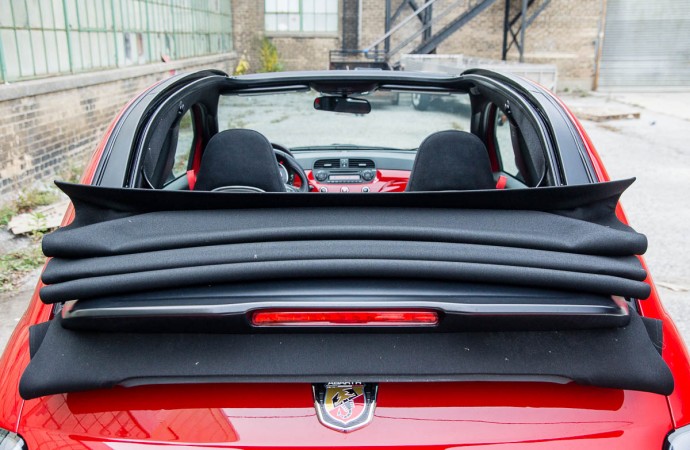 Inside, the Italian flair continues, with a bright red body-coloured insert that adds a nice accent to the otherwise dark interior. The flat-bottom steering wheel is chunky, and features another Abarth logo right in the centre. This is a small car: one can easily reach over and touch the other door from the driver’s seat. The rear hatch area is made even smaller by the Beats-branded subwoofer on the left side. If you’re looking to fit a stroller (width-wise) into this car, forget it. I did like the inclusion of two centre armrests for both front occupants – this little touch is disappearing from a lot of small cars lately. My particular tester was equipped with the Comfort/Convenience group, which adds single-zone automatic climate control, heated cloth front seats, and SiriusXM satellite radio integration.

Being a world car, specifically one designed in Italy, there are a few ergonomic quirks that stand out. For reasons unknown to me, the button used to toggle between the trip meters is located on the end of the windshield washer stalk, and the fog light button is located beside both the heated seat buttons on the centre console. I first got into the 500 Abarth Cabrio on a dark evening, and had to spend a few minutes just figuring out where all the controls were. The Bluetooth pairing function isn’t located in the single-line dot matrix “calculator screen” (thankfully), but is located in the new digital instrument cluster. The Sport button, however, is very prominent and easy to find. Not only does it add the word “SPORT” to the centre of the analog turbo boost gauge, it also reconfigures the transmission tuning and firms up the steering effort. 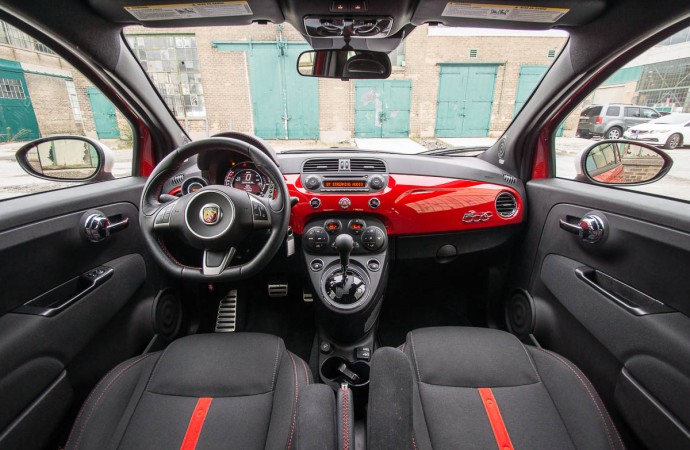 Under the hood, lives a tuned version of the Fiat 1.4L Multiair engine – complete with a red (Rosso) engine cover. While the standard Fiat 500 delivers 101hp, this particular 500 Abarth Cabrio delivers a more muscular 157hp and 183lb-ft of torque. The option to basically remove the roof does two things to the 500 Abarth. First is the obvious benefits of open-air motoring when the weather is good. The second is the increased ability to hear the aural drama that this little car produces. Surprisingly, the 500 Abarth Cabrio doesn’t utilize any sort of mufflers – it relies on the turbo to reduce exhaust noise, and resonators do the rest. As a result, you get a ton of noise – enough to wake your neighbours in the morning. There’s a good amount of pop and crackle upon deceleration, which is always fun, but the drone may prove to be too much to some on long highway treks. If you remember the Dodge Neon SRT-4, it also didn’t feature any mufflers, but resonators only.

You may have heard me mention the transmission a few times. Like the 2015 Mini Cooper S John Cooper Works I tested a few weeks prior, I couldn’t help but be a little disappointed when I didn’t see the gated five-speed manual shifter. New for this year is an available six-speed automatic transmission, sourced from Aisin. It features one extra ratio over the manual transmission, and instantly makes the 500 Abarth available to more consumers (those who don’t want to deal with three pedals). It’s worth noting that opting for the automatic means you get three less horsepower, but 13 more pounds-feet of torque than in the manual car. 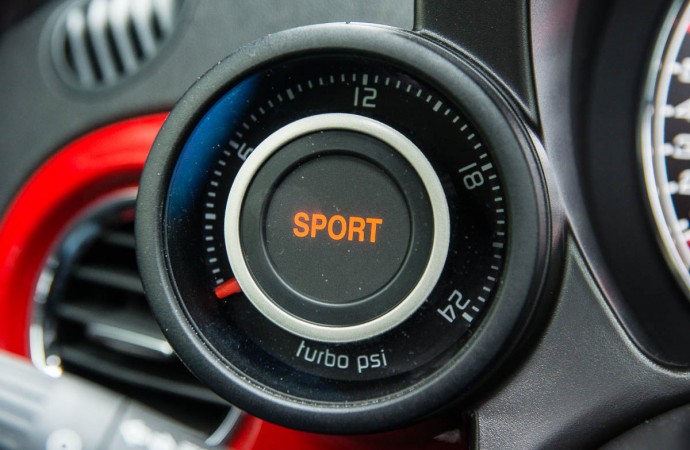 All that being said, this automatic isn’t one of the best I’ve sampled. Gear shifts aren’t as crisp as in the Mini, and when the transmission is left to its own thing in Drive mode, the powertrain often gets confused, either holding the gear for just a little too long, or downshifting when it doesn’t really need to. I ended up spending most of my week driving around in manual mode, controlling the transmission myself in a more consistent fashion. The six-speed automatic in this car is more for getting more people interested, and not for performance. If you’re serious about having fun in this car, it’s best to opt for the manual transmission.

Part of the Abarth appeal is its nimble feel. The low curb weight, firmer spring rates, and Abarth-specific rear sway bar all contribute to much more lateral grip. Body roll is kept to a minimum, but ride quality is definitely impacted – the short wheelbase doesn’t help. The electric power steering delivers a somewhat decent amount of feedback from the 17-inch, 205-section Pirelli summer tires. The more aggressive wheel and tire fitment also negatively impacts the turning circle – a car this small shouldn’t have to make as many three-point turns as it does. Bottom line, this isn’t a very comfortable car, but I think that most interested customers will be well aware of this already. 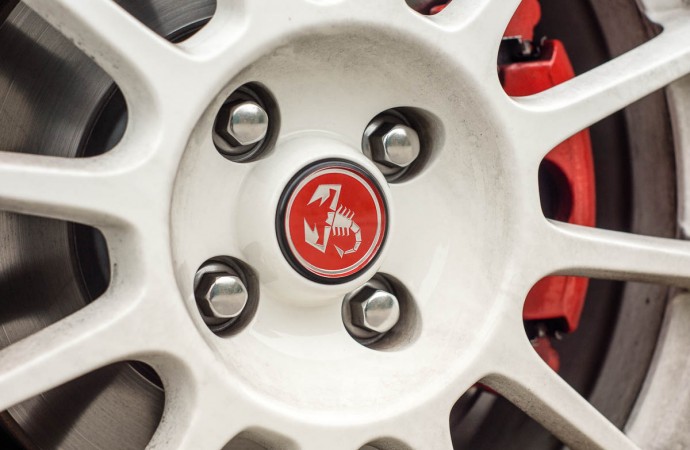 Fiat rates the 500 Abarth Cabrio at 9.6L/100km in the city and 7.3L/100km on the highway. What makes these numbers interesting is that they’re substantially worse when you take a look at the manual-transmission 500 Abarth Cabrio, which can manage 8.5L/100km in the city. That’s more than 10% – surprising when you consider the automatic has one extra ratio to play with. I ended my week with an average of 9.9L/100km over about 700km of mixed city and highway driving. The fuel tank will accept 40L of premium fuel. Most modern automatic transmissions have eclipsed manual transmissions in terms of both performance and efficiency, but that simply isn’t the case here. The manual transmission wins again, this time.

The Fiat 500 Abarth Cabrio starts at $29,495. My car adds the Comfort/Convenience group ($795), the Aisin six-speed automatic transmission ($1,495), the white side graphics and mirror caps ($275), Beats premium audio ($495), and those attractive white 17-inch wheels ($995). This brings the as-tested MSRP to $33,550, before additional fees and taxes. If it were up to me, the Comfort/Convenience group is a reasonable deal, as is the white graphics, but I would skip the automatic transmission and the Beats premium audio. Alternatively, if you’re restrained with the option list, you can get a decently-equipped Mini Cooper S for similar amounts of money. 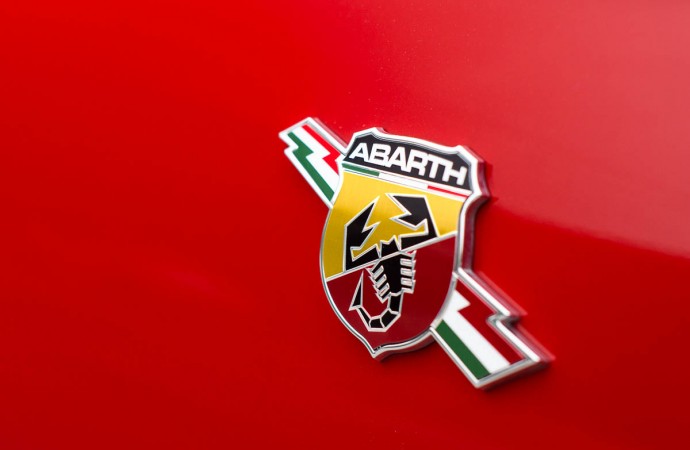 A lot like the Mini Cooper S John Cooper Works, the Fiat 500 Abarth Cabrio is not really a car one buys because represents a good value. It is a car that at first glance, stirs the emotion with its Italian style and flair. It’s a unique little car, but some would insist that it’s a little too cute to be taken seriously – even in the Abarth trim. I’m a practical young guy, so the Fiat 500 Abarth isn’t really the kind of car for me. But for those who value the unique style, they can pick up a hot hatchback that doubles as a convertible. Like I said with the standard Fiat 500 Cabrio, open-air motoring on a nice day is worth more than just a few bullet points on a spec sheet. I would just recommend the manual transmission if at all possible. 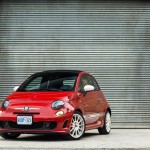 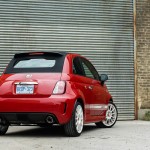 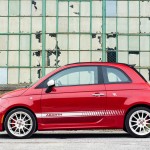 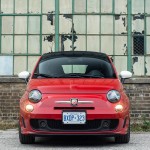 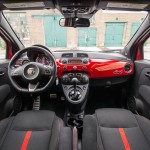 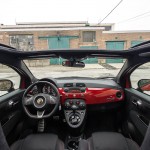 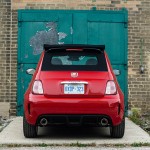 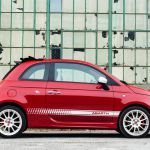 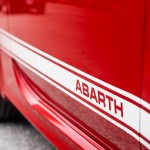 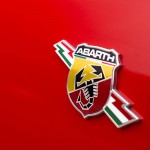 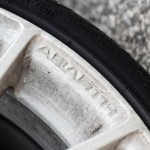 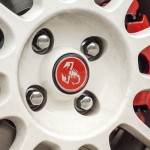 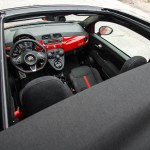 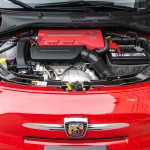 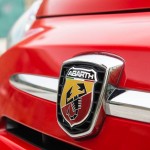 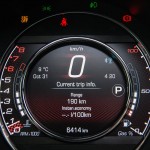 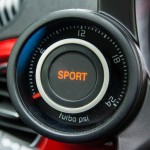 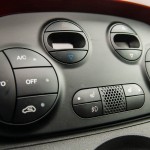 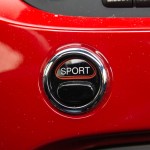 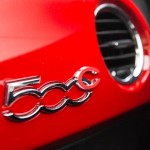 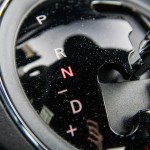 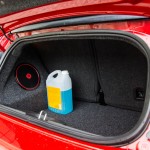 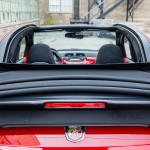