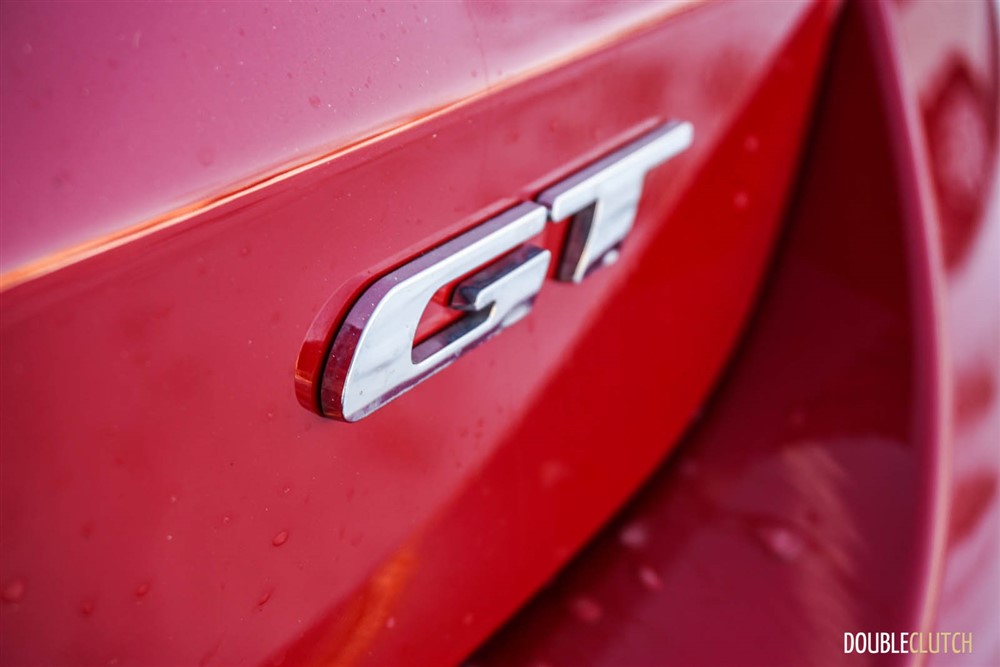 A punchy sedan with some flair |

The Dodge Dart has been a pretty interesting car since its introduction a couple years ago. Replacing the truly horrible Caliber, the new compact entry from Chrysler exceeded the expectations of most, and fit into its segment nicely. We’ve tested a few examples over the past two years and come away satisfied every single time. I drove the “hot” version, the Dart GT, last year. I didn’t get to spend as much time with it as I’d have liked, so I snagged the keys to a 2015 Dodge Dart GT and spent a wintery week with it. 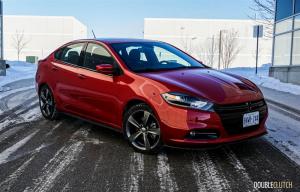 A trim level called “GT” usually means something good. In most cases, it’s short for Grand Touring. The Dart GT is the most powerful model, but, I wouldn’t compare it to the likes of the Ford Focus ST or the Mini Cooper S. It’s powered by the 2.4L TigerShark MultiAir 4-cylinder engine; 184 horsepower and 174 lb-ft of torque. It’s a pretty good engine with a slick powerband. A 6-speed automatic is available, but we’d hope that most GT buyers would opt for the 6-speed manual, if for no reason other than to preserve the manual transmission before it goes extinct. It’s worth noting that the MultiAir name is no longer restricted to the 1.4L turbocharged motor in other Dart models.

Given the Dart shares its platform with the Alfa Romeo Giulietta, it packs somewhat Italian roots, particularly relevant now that the Chrysler Group has officially renamed itself Fiat Chrysler Automobiles. The platform is very good, and the Dodge Dart GT steers itself with ease. The steering wheel itself is identical to other Dodge models, and is a bit large for my liking, but the car handles competently for a front-wheel-drive sedan, and the “performance steering” really does help with this. The GT also has unique engine calibration and a sport suspension, to maximize an enjoyable driving experience. 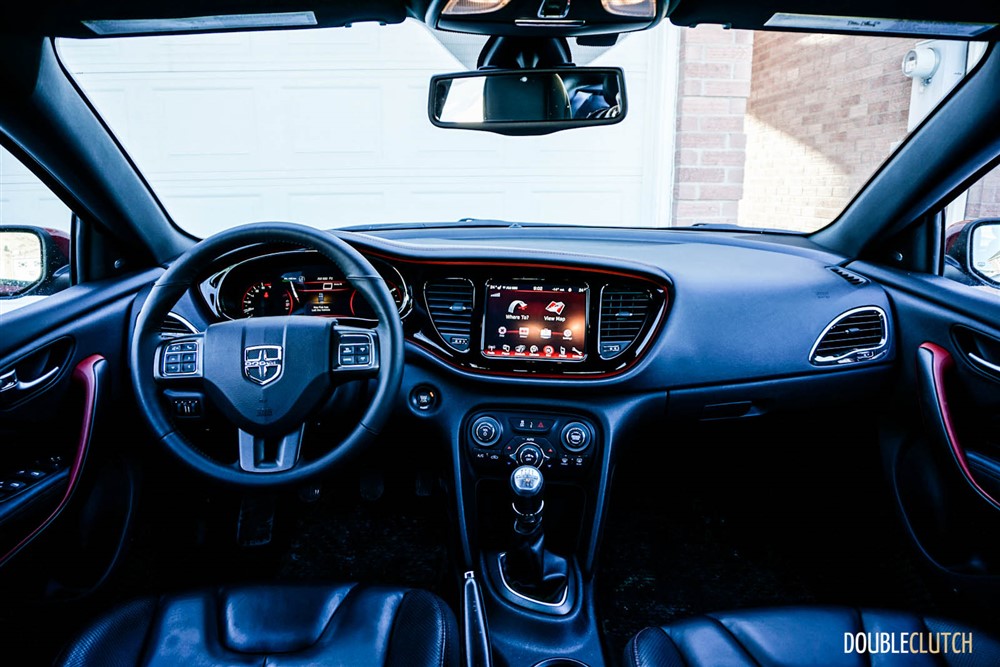 My tester did have the 6-speed manual transmission, and while I’m typically a huge advocate for the third pedal, this one was a bit underwhelming. The clutch pedal has a lot less feel than I’d like, and the shifter is a bit tall and reminiscent of our leave-behind 2002 Nissan Maxima, with longer throws than other models in this segment. However, shifts are made with ease, and the Mopar shift knob is a hot accessory. It’s great to see a lockout for reverse, and after a couple hours behind the wheel, I got used to it. The performance exhaust on the Dart GT is also a neat addition; it sounds great at both lower and higher RPMs and as an added bonus, does not drone at all on the highway.

The styling department is where the Dodge Dart has always been a winner. The 2015 GT packs 18” Hyper Black alloy wheels, a Hyper Black grille, dual exhaust, and what Mopar calls “LED racetrack taillamps”. Like almost everything else in the Dodge lineup, the taillights are an LED bar that sprawls across the trunklid. It may sound a bit cheesy in theory, but it actually looks very good and is subtle enough to not blind other drivers at night. The Dart is rather European-looking in its styling, and the lines are truly sleek. If anything, it’s my favourite car in its class to look at. Things like HID headlights help it stand out in a crowd, and the unique ground effects only add to this.

Over the past decade or so, Chrysler has gone from making bland, plasticky dashboards to some of the best interior appointments in the mainstream segment. This 2015 Dodge Dart GT is no exception to this, the inside of the car is an exceptional place to be. The seats are upholstered in leather, and the dashboard and all other panels are covered in soft-touch materials. Because it’s a GT, there were red accents throughout the car, including the door grab handles and the dashboard. I was pleasantly surprised at this, considering I definitely didn’t recall the regular Dart having such nice appointments.

My particular tester had a window sticker of just under $30,000. Adding onto the GT trim level, the car had the Mopar Dual Exhaust Package, the Mopar Interior Package (manual transmission), the Sun/Sound Group, and the Technology Group. With the Uconnect 8.4” touchscreen and infotainment setup, the Dart is easy to configure and customize. The screen is exceptionally responsive and is simple to navigate through, even when browsing large playlists on external devices. With Bluetooth connectivity and iPod integration, the younger generation this car is targeted towards won’t be disappointed. 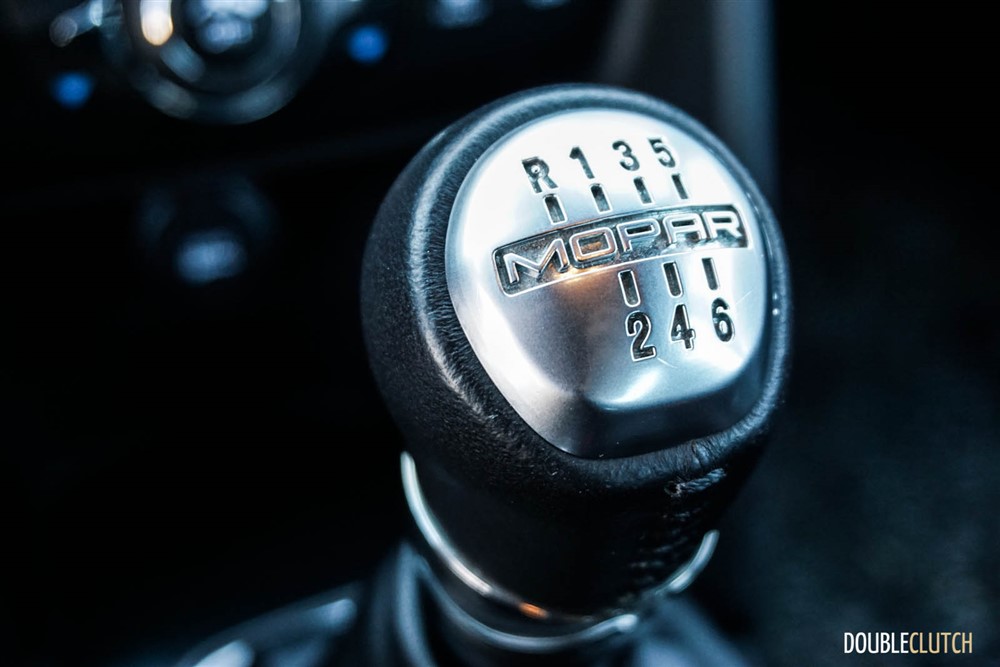 Fuel mileage is one area the Dart GT didn’t exactly excel. With a naturally-aspirated 2.4L 4-cylinder, I expected it to return highway fuel economy in the 7L/100km mark. Unfortunately though, with temperatures approaching -25 degrees Celsius, the car couldn’t do much better than an average of 9.8L/100km, with a heavy bias towards highway driving. This isn’t particularly poor by any means; the Audi SQ5 that was in the DoubleClutch.ca garage at the same time was reporting 14.6L/100km, but I did expect a bit better from a four-cylinder compact.

The Dodge Dart GT is an interesting vehicle, to say the least. It’s a great little sedan with a bunch of quirks that help it succeed as a punchy, affordable four-door. It boasts sharp throttle response, a fun exhaust note, and great interior appointments. On the flipside, the ride is a bit harsh even for a sporty sedan, the manual transmission could use a bit of refinement, and the driving position is a bit strange. However, this is a car that really does pack some punch, and it has a target market that can truly appreciate it. The bottom line is, this is a car that’s unique in the sense that if you own one, you can bet that a hundred of your friends probably won’t. It’s a perfectly competent four-door that would suit most young lifestyles perfectly. 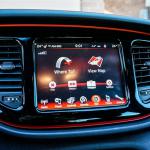 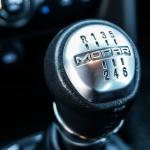 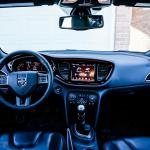 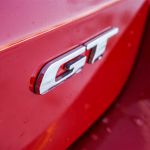 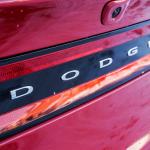 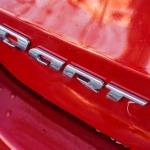 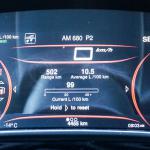 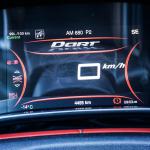 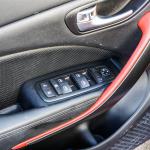 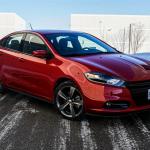 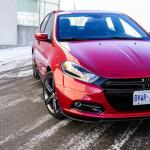 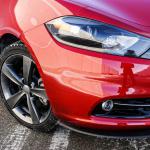 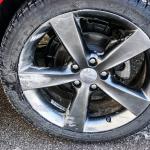 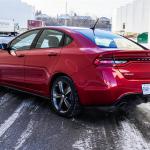 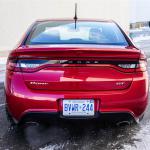 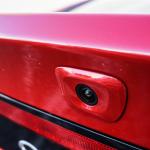 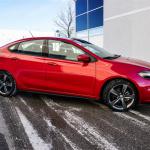 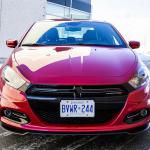 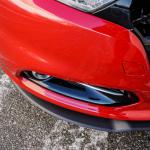