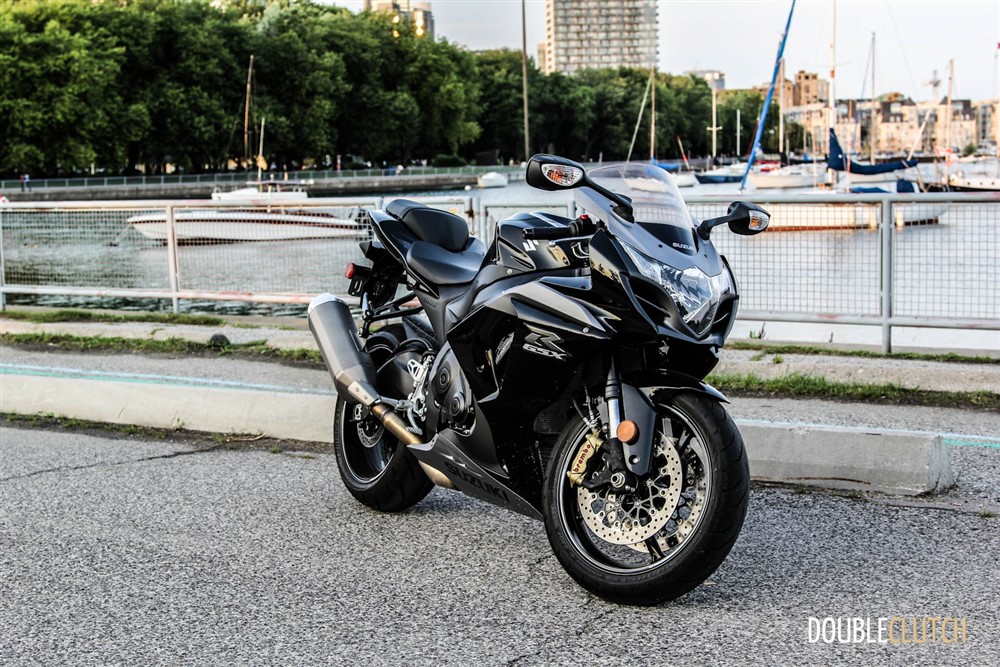 An iconic favourite | It seems to read me like a book, and fit me like a glove.

Superbikes, and more specifically Gixxers, have always been personal favourites of mine. The sounds, speed, and responsiveness of these motorcycles are just enough to keep me on two wheels all summer round. Before this year though, I only had extensive long-term experience with the Suzuki GSX-R line. I hadn’t spent quite enough time with the competition to actually have an accurate opinion as to which I liked. Over the past twelve months, I’ve put at least 1,000km (each) on nearly every other liter-bike on North American shores. Therefore, I decided to revisit a favourite, this 2014 Suzuki GSX-R1000, to see if it was still just as much a winner in my eyes as it used to be. 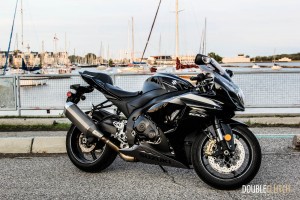 Just getting on the GSX-R1000, I felt like I’d returned home. The narrow handlebars, the short grips, and the hunched-over riding position are infamous Gixxer traits, and they’re still there. Some complain about the riding position, and rightfully so, because it’s not exactly comfortable. Long rides can become painful if not planned carefully; I found that my wrists were rendered unusable after a couple hours because of all the weight pushed right down on them during spirited riding.

The silly riding position is forgotten very quickly, because you don’t really “ride” the Suzuki GSX-R1000. You sort of become one with the bike, as its responsiveness and nimble behaviour makes it respond to your wishes as you think them. There’s no real sensation of actual physical movement to make the bike do what you what; you simply think up your next move and the bike reacts as such. The instrument cluster and attached menus are easy to get used to and not so bright that they’re a distraction at night. Shifter and rear brake placement is dead on, and the pegs are perfectly positioned. The GSX-R is a rider’s bike, and it does nothing to hide this. 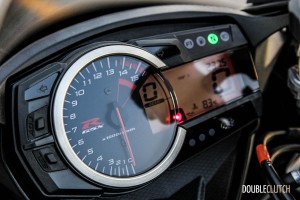 Throttle roll-on and roll-off is easy to get used to; despite the big Suzuki’s weight (448 lbs) it’s surprisingly easy to ride hard. The adjustable 43mm Showa Big Piston Front forks combined with a rear shock absorber with adjustable damping, high and low-speed compression damping mean the ride isn’t jarring on rough surfaces. I (fortunately) didn’t end up on any gravel or dirt roads while exploring the countryside on the GSX-R1000, but I’m sure if I had, I would have had a relatively easy time getting out of a potentially gnarly situation.

A huge forte of the Suzuki Gixxer line has always been throttle response, and this GSX-R1000 holds true to that. This is a track bike made for the street, and is equally nimble in both settings. I rode it through the core of downtown Toronto for my daily commute as well as into the suburbs and countryside on the weekend. It took everything I threw at it and kept begging for more. There’s no way that any sort of rider could bring a superbike like the GSX-R1000 anywhere close to its limits on public roads, and that needs to be established very quickly. The 999cc 4-cylinder gets the bike moving briskly right through the powerband; there’s never a shortage of power in any gear. Stopping power is just as important to Suzuki as getting to speed quickly – the Brembo brakes with heat-resistant stainless steel brake discs make for exceptional braking for maximum control. 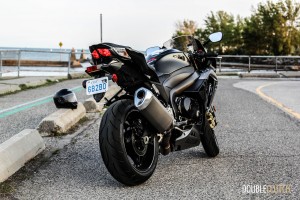 Suzuki’s Drive Mode Selector (also known as S-DMS) lets you enable one of three riding modes, each of which individually selects pre-programmed maps for fuel injection and ignition system. All three of these modify power delivery and throttle response in order to suit each rider’s preference. This is done via the mode selection button on the left handlebar. This combination easily makes the GSX-R1000 one of the most versatile and powerful street-legal motorcycles out there.

My only real gripe with the GSX-R1000 is sort of applicable to every other liter-bike out there. This thing gets seriously hot when riding in low-speed traffic. With the sheer amount of construction zones around my downtown Toronto condo, I’m right in the middle of all the pandemonium. I always gear up properly when riding, so I was unfortunately dripping with sweat after a ride on a sunny afternoon through some rush hour traffic. Liter-bikes are great and all, but if your primary commute consists of excessive city riding, perhaps they aren’t suited to your needs. The Gixxer 1000 also needs a proper fuel gauge – it only has a reserve light that comes on when you have approximately 50km of range left. 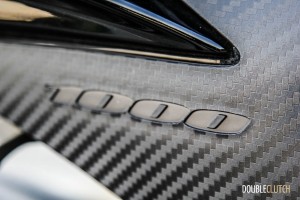 Now that I’ve ridden all of the competition, am I still enamored with the 2014 Suzuki GSX-R1000? The short answer is, yes. Other bikes have their virtues as well as their respective weaknesses. However, the reason I love the GSX-R1000 is that it’s just the most perfect all-around bike that’s suited to my own riding style. It seems to read me like a book, and fit me like a glove. Yeah, it’s a bit heavier than the GSX-R600, and a bit less comfortable than, well, everything it competes with, but it’s the one that makes me the happiest. Therefore, it’s the one I’d be taking home every day of the week. 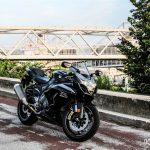 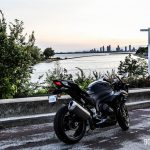 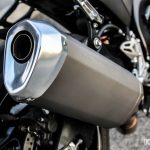 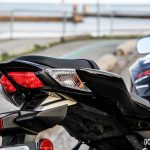 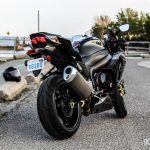 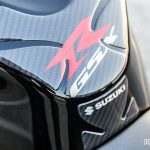 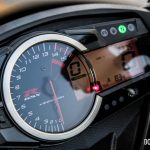 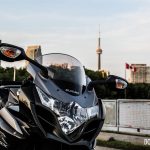 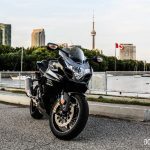 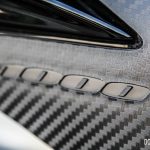 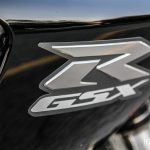 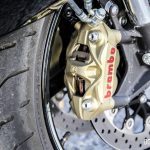 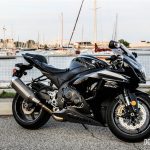 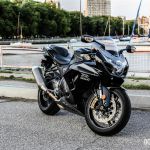