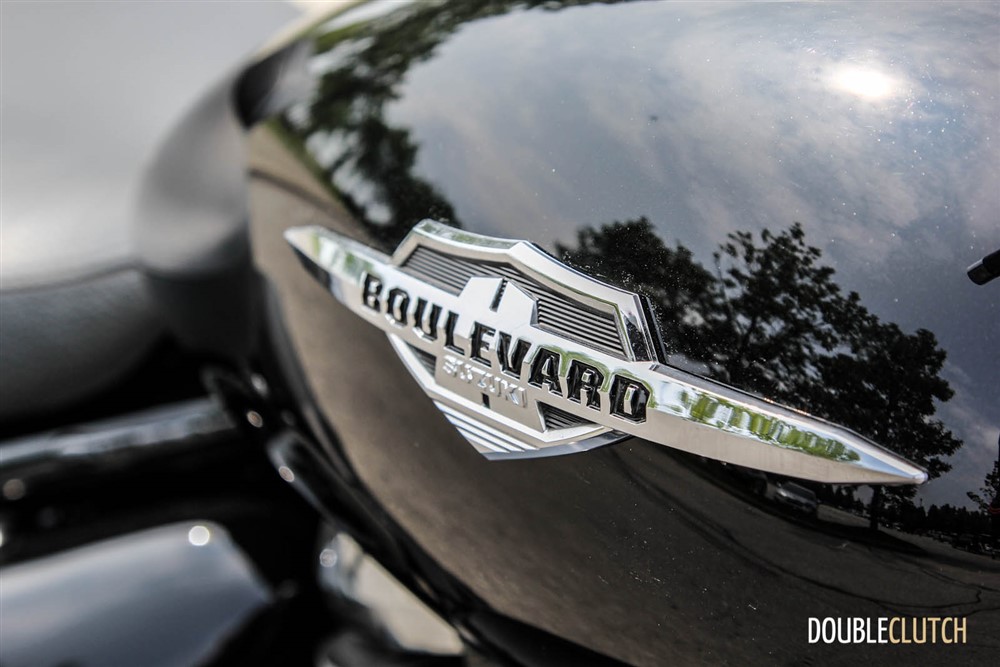 Everything a Harley wishes it were | This is a cruiser with an exhaust note that could make small children cry.

This riding season has been particularly exhilarating, but most of all, it has forced me to be further out of my comfort zone than I’ve ever ventured before. Motorcycles like the pint-sized Honda Grom and the Honda NC750S are stretches from the sport bikes I’m used to, but nothing could have prepared me for this. I spent a pretty rainy week with the 2014 Suzuki C50 B.O.S.S., a cruiser with an exhaust note that could make small children cry. 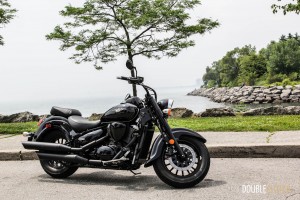 Suzuki has developed the Boulevard C50 for those who like cruisers, but aren’t huge fans of Harleys. Even though I love the responsiveness of crotch rockets, I was particularly impressed with my initial impressions on the C50. My only experience with a Harley-Davidson product thus far this season has been the 2014 Fat Bob, and I wasn’t a huge fan of its dynamics. This however, was a pleasant change. It still is a big bike and does nothing to hide this fact. Maneuvering it around tight spots and namely my downtown Toronto parking garage is no easy feat.

While riding the C50 B.O.S.S., I could feel the fuel-injected 805cc V-twin murmuring under me. It feels significantly more responsive and quicker than one would expect from an ~800cc cruiser. I particularly loved the exhaust note; it’s everything a Harley-Davidson wishes it were. It’s not an obnoxious “BLAAAAT” but moreso a calm, refined, and pleasant rumble. Cruising at highway speeds in fifth gear (this transmission is a five-speed) was effortless, and throttle response on the C50 is reasonably good. I would have liked a bit more power in fifth; I noticed myself downshifting to fourth or third to pass. 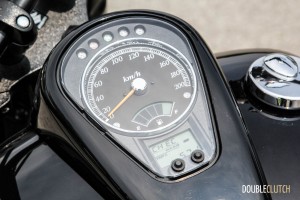 The riding position is particularly exemplary for a cruiser, except my feet aren’t as uncomfortably far forward as with some other cruisers. The handlebars are wide and well positioned, and the seat is incredibly comfortable. One particularly nice touch is the actual material of the grips; it’s very soft and almost akin to memory foam. Too many motorcycles these days have grips that can become painful if you don’t have the right type of gloves. Clutch uptake is simple and no-nonsense; no real learning curve is required.

Suzuki has implemented a 65.2” wheelbase, making for a beautiful ride. I rode the C50 through a couple of construction areas where most bikes would make for a painful experience, and I was just fine. It’s not too soft either; the B.O.S.S. makes it clear that it’s not for the amateur. For such a large bike, it’s pretty nimble too; I had to make some swift maneuvers to avoid potholes that could have resulted in tire damage, and the C50 took it all like a champ. I was pleasantly surprised. 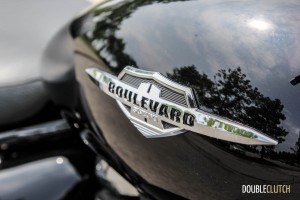 The only thing that kept bugging me over and over no matter how hard I tried to forgive it was the placement of the instrument cluster. It’s a simple, old-school analog speedometer mounted on the gas tank with a digital odometer directly below it. This is actually a superb design and suits the character of the C50 quite nicely, but I couldn’t get over how low it was placed. It’s typical classic cruiser design, but these were initially used when there weren’t as many vehicles on the road. Now, rider awareness is of prime importance, and looking down at the gas tank involves taking one’s eyes off the road.

B.O.S.S. is the name of the game, and its styling reflects this. This machine has a blacked-out theme, including headlamp housing, exhaust, all covers, wheels, and side covers. Other than some chrome bits here and there (including emblems), the entirety of the C50 is completely black. I got looks and thumbs-ups everywhere I went; this Suzuki is a winner amongst the riding community. In fact, I almost prefer it to the Honda CTX700 semi-cruiser line I really do love. 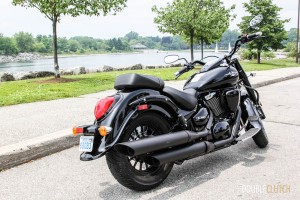 I observed 6.8L/100km on premium-grade fuel throughout my test week, and wasn’t unimpressed. The 2014 Suzuki C50 B.O.S.S. is a cruiser that won me over; it’s the type of bike I could see myself riding when I inevitably age out of being able to ride sport bikes. It provides relatively nimble handling, a sensational exhaust note, and overall riding characteristics that I can easily get on board with. It’s the anti-Harley, and sheds all Harley stereotypes that have dripped into the cruiser world. Seriously, this really is one bike worth a test ride. 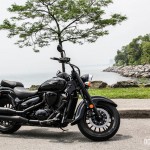 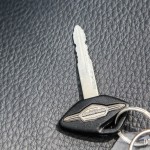 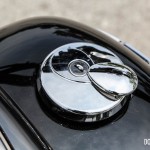 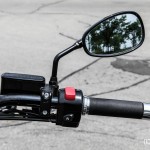 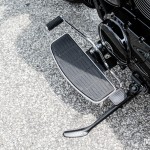 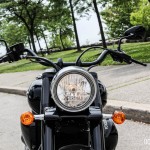 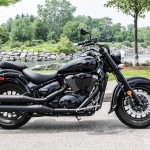 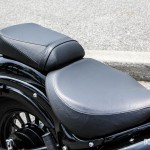 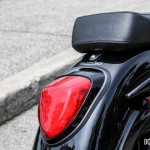 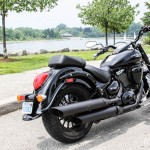 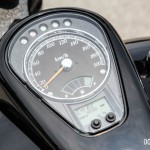 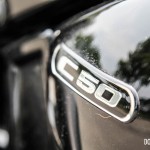 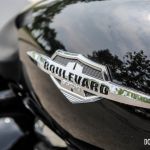