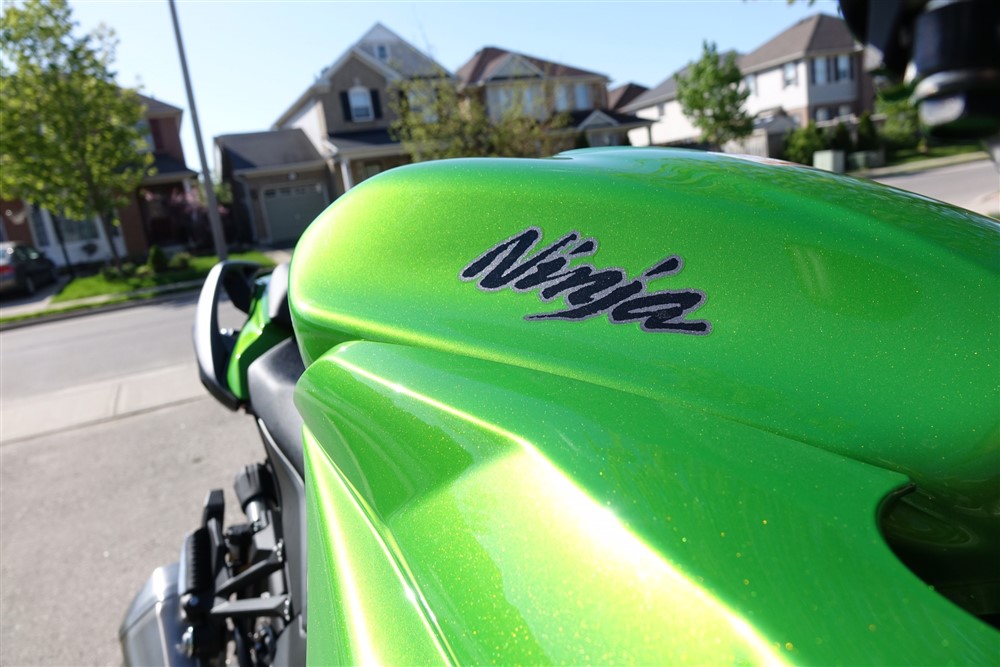 I’m a sport bike/supersport guy through and through, so one can only imagine my excitement when I was handed the keys for a week to Kawasaki’s latest, the 2014 Kawasaki Ninja 1000 ABS. Painted in the historic and reputed “Kawi Green”, the Ninja came armed with side cases and looked ready to rock my world. It’s important to note that while I have had some ride time on a few older Kawasakis, this is my first test of one of their modern superbikes. 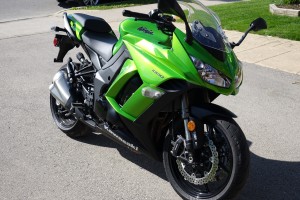 Getting on my Ninja 1000, the first thing I noticed is how neutral the riding position is. Unlike other supersports, there’s no crouching over the gas tank to reach some hard-to-reach handlebars – everything’s nicely positioned and is super easy on the back. This motorcycle has such a great combination of superb performance and exceptional ergonomics that it makes me wonder why competitors haven’t followed suit.

The seat is very supportive, and my 6’1/175 frame found no issues getting a comfortable position. Kawasaki has implemented an adjustable windshield, toggled by a button hidden away just behind the handlebars. I really liked the clutch travel, it was incredibly easy to modulate and get used to. Rev-matching downshifts became second nature within minutes of getting on the Ninja. 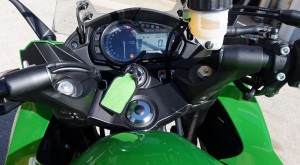 Initially, when Kawasaki brought out the Ninja 1000 in 2011, it was a hit. However, it had some issues that consumers complained about. For instance, the suspension damping, response from the fuel injection, and overall ride quality were all left to be desired. Now, the 2014 Ninja 1000 has the power and refinement of a supersport with the everyday livability of a touring bike. It’s seriously how impressive this thing is; the powerband is exceptionally linear with tons of oomph right through all gears.

Simply put, the Ninja 1000 hauls like a bat out of hell. This isn’t the beginner’s sport bike – if you’re a novice, Kawasaki will happily sell you the entry-level Ninja 300, which is also an excellent choice. This 1000 has been proven to hit 100 km/h in 3 seconds flat and flies through the quarter mile in 10.6 seconds. That’s serious speed for a motorcycle that’s this comfortable. More than the sheer power though, what impressed me about the 2014 Ninja 1000 was just how buttery smooth it is to operate. The shifts are smooth, the throttle response is easy to manage, and the brakes actually have great feedback. 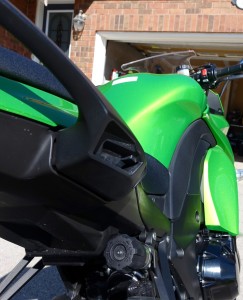 I noticed that there is now an “ECO” sign on the instrument cluster that pops up when cruising at steady speeds or when the rider is particularly light on the throttle. Of course, the Ninja 1000 isn’t for economy, but I averaged 6.0L/100km in a combined cycle on regular fuel. These are seriously reasonable numbers, especially for a supersport. I do wish it had a slightly bigger tank though; with ergonomics as nice as the new Ninja’s, I wouldn’t mind having slightly longer fuel range overall for highway runs.

There are a few new toys on the 2014 Ninja 1000 as well; namely ABS and traction control. At this point, ABS is becoming a standard in the superbike world, and the Ninja is no different. The brakes grab with confidence and stop the Ninja with ease. I didn’t ride this bad boy on any kind of bad terrain or in any bad weather (thankfully) so I didn’t get a chance to play with the ABS or traction control systems. There are 3 levels of KTRC (Kawasaki Traction Control), all of which provide different levels of control preventing rear-wheel slip in dicey conditions. The fine gentlemen (and ladies) at Kawasaki have also implemented Full and Low power modes, which allow for a noticeable reduction in power (definitely a plus for the amateur rider who is dumb enough to pick a Ninja 1000 as a first bike!). 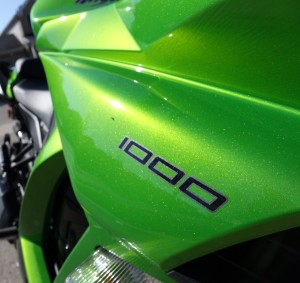 There wasn’t much that I didn’t absolutely adore with the 2014 Kawasaki Ninja 1000. Current incentives for Canadian buyers make this supersport available for $13,699, a serious value in the class. The Suzuki GSX-R1000 is a close competitor but costs about $1,000 more. Plus, the Ninja is a lot more comfortable and livable on a daily basis. I wouldn’t normally say this about a supersport, but the Ninja 1000 is actually something I could ride every day of the week. When it comes to the smaller-displacement bikes, I’d prefer the GSX-R models, but this Ninja 1000 is clearly the one to have in the 1000-cc class. 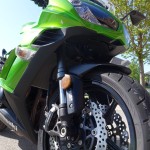 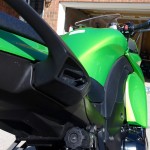 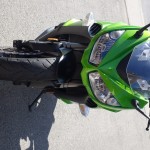 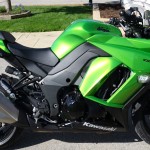 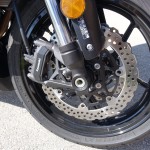 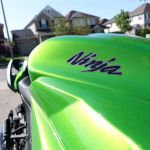 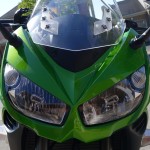 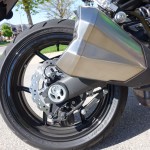 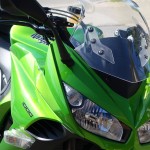 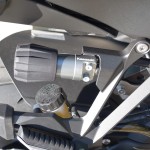 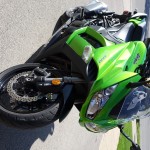 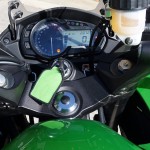 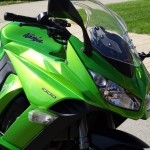 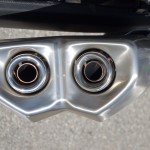 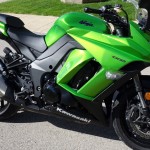 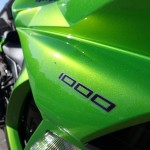 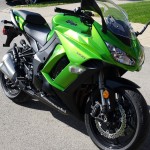