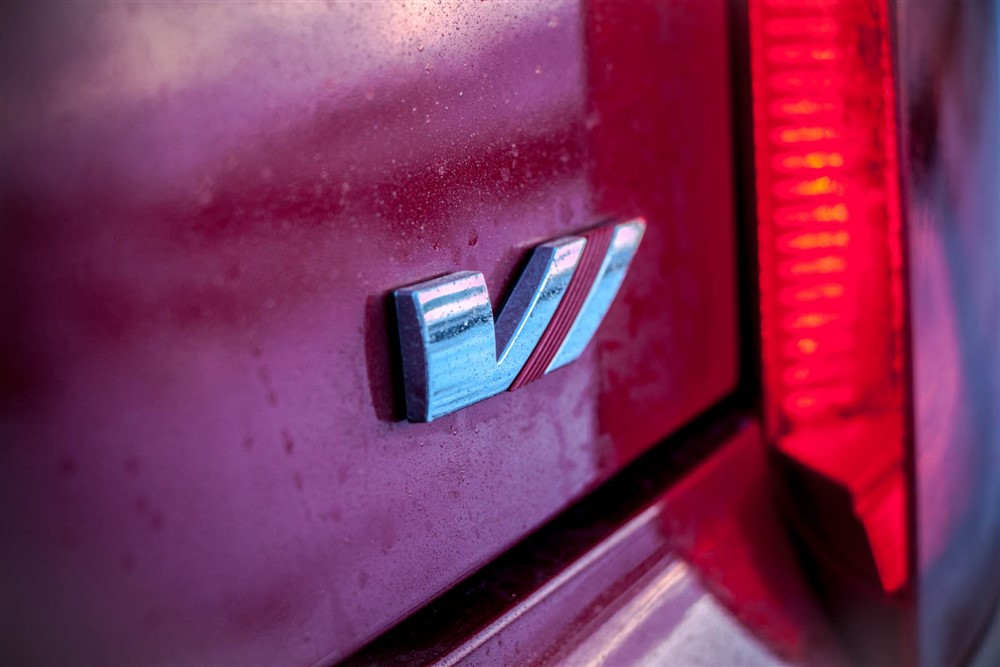 Emphasis on the Vsport - it's not an XTS-V The driving experience is greatly enhanced with some beefed-up suspension goodies and sportier steering.

It seems that huge sedans and big V8s are a staple in the heritage of North American motoring. Nearly everyone who has grown up between the 1950s and 1980s has a story about some sort of Cadillac or Ford barge that drank fuel at a similar rate to an airplane. Over the past few years though, the huge V8 seems to have gone by the wayside. The largest Ford sedan available now is the Taurus, in which the biggest engine is a 3.5L twin-turbo V6. Even Cadillac has done away with the DTS (formerly known as the Deville), and it took its Northstar V8 with it.

Over the holiday season, I decided to drive Cadillac’s largest sedan with its most powerful available engine. My 2014 Cadillac XTS Vsport is not to be confused with, or referred to, as an XTS-V. That’s a vehicle that doesn’t exist. The renowned “V” moniker for the year 2014 is reserved for the CTS Coupe and CTS Sport Wagon. With its 500+ horsepower V8, it’s a real animal. The standard XTS comes with the GM corporate 3.6L V6 and puts out just over 300 horsepower. It’s not particularly slow, but it’s not fast either.

The XTS Vsport I tested came with the new twin-turbo 3.6L V6 that is also available in the new CTS Vsport. The latter is already winning a ridiculous number of awards, so I expected the XTS to be just as satisfying. It’s pretty quick – 410 horsepower and 369 lb-ft of torque is a winning combination. Plus, the XTS Vsport also comes with all-wheel-drive, making it a true four-season cruiser. I had the car during a couple serious winter storms, and even on all-season tires, it had no issues booting around. My observed fuel mileage was right in line with a twin-turbocharged car weighing over 4,000 pounds too. I observed 12.9L/100km combined on premium fuel. 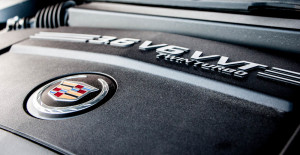 A horsepower figure north of 400 horsepower and the six-speed automatic means this XTS can sprint to 100 km/h in just under five seconds. Oh, and the turbo spool is definitely audible on full-throttle. Passing at highway speeds is effortless as expected, and being a Cadillac, the car is incredibly smooth as well. I will say though, the performance of the car didn’t really meet my expectations. That badge on the trunk says “V”, not “Vsport”, so I expected tire-shredding torque. What this XTS Vsport does deliver is ample torque to devour Mitsubishi Mirages like midnight snacks, but it’s not a performance car.

Cadillac has always been known for comfort, and they’ve kept with the theme once again. This 202-inch land yacht comes with every toy you can think of. The catch? An as-tested sticker of $78,000. Sounds a bit high, but this Vsport came with literally everything. Mine was equipped with the rear entertainment system (Blu-Ray compatible), heated and ventilated front seats, heated rear seats, a navigation system, and a Bose sound system complete with speakers in the headrests. Also on-board was the slick Caddy flattish intelligent key fob with one of the simplest remote start systems in the industry. This definitely came in handy when battling temperatures below -20 degrees Celsius. 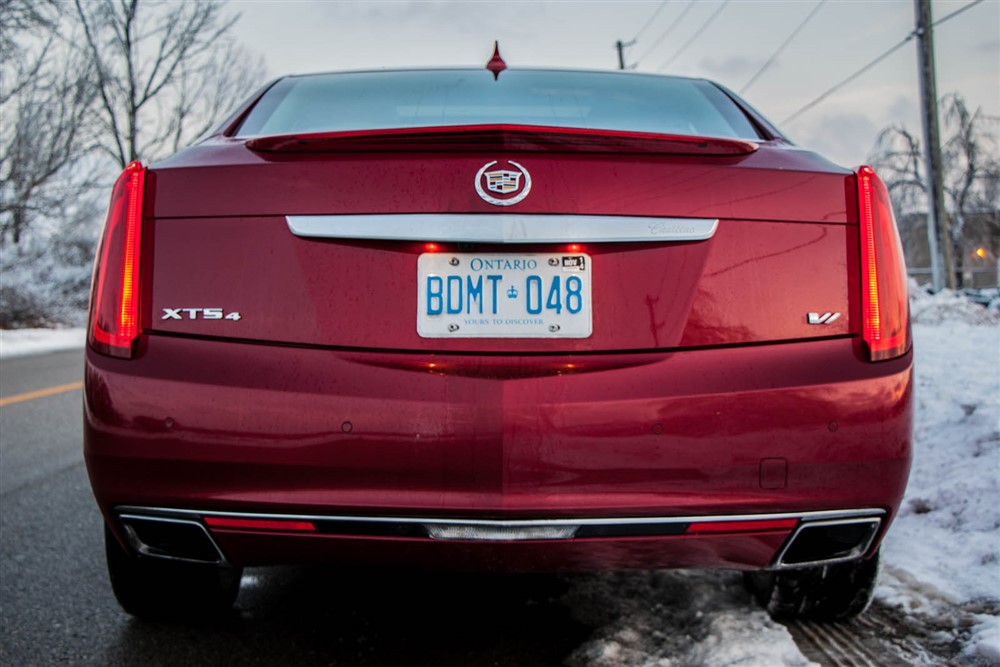 The one issue I still have is Cadillac’s “CUE” infotainment system. It’s definitely high-tech, and it’s General Motors’ way of automating every control in the car into a (supposedly) simple touchscreen system. This may be acceptable in the ATS, but a good number of XTS buyers are a bit past the era of touchscreens and smartphones. I think what would have worked much better is a mouse-based interface like Lexus’ RTI or a controller-based system like Audi’s MMI. My parents are now in their mid-fifties, and they’re very close to the target market for this car. They have a BMW with the iDrive controller and a Mercedes-Benz with COMAND. On a road trip in an ATS last spring, dear old dad was continuously frustrated with CUE.

I do find the configurable instrument cluster on the XTS Vsport quite nice. There are a few selectable themes, and I chose the “Enhanced” one. The speedometer is a digital display, and I had the sub-displays showing the fuel range, boost gauge, and average fuel economy. Directly below the speedometer I enabled the audio display (current track, etc.), and I found it extremely simple to navigate through my iPod. I’ve discussed this before, but my benchmark device for modern automotive multimedia systems is my trusty 160GB iPod Classic. Browsing through long playlists in the main CUE screen is pretty clumsy, but using the one in the instrument cluster with the buttons on the steering wheel is actually very easy. This system alone makes up for CUE’s shortcomings. 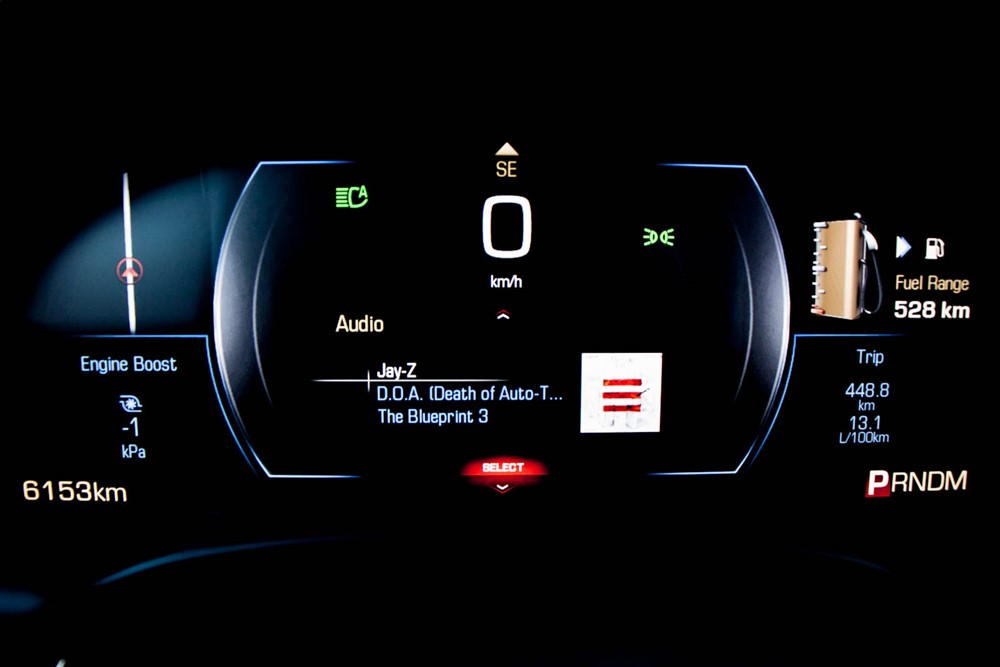 Despite the “V” badge on the trunk, this Cadillac is still made for comfort. Maybe the driving experience is greatly enhanced with some beefed-up suspension goodies and sportier steering, but at the end of the day, this XTS doesn’t really hide its plush, luxurious intentions. It’s a truly impeccable highway cruiser, and it’s undeniably much better to drive than the regular XTS. Where the standard car is in a bit of a weird spot in the market, this one plays with big boys like the Lexus LS460 and the Hyundai Equus, both of which I drove last year. Regardless, it’s definitely a competitive car in a growing premium market. 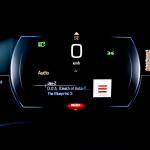 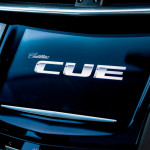 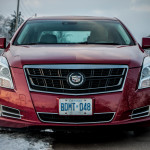 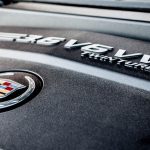 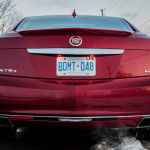 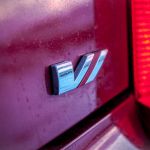 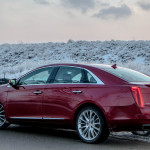 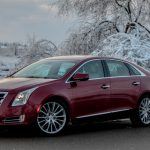