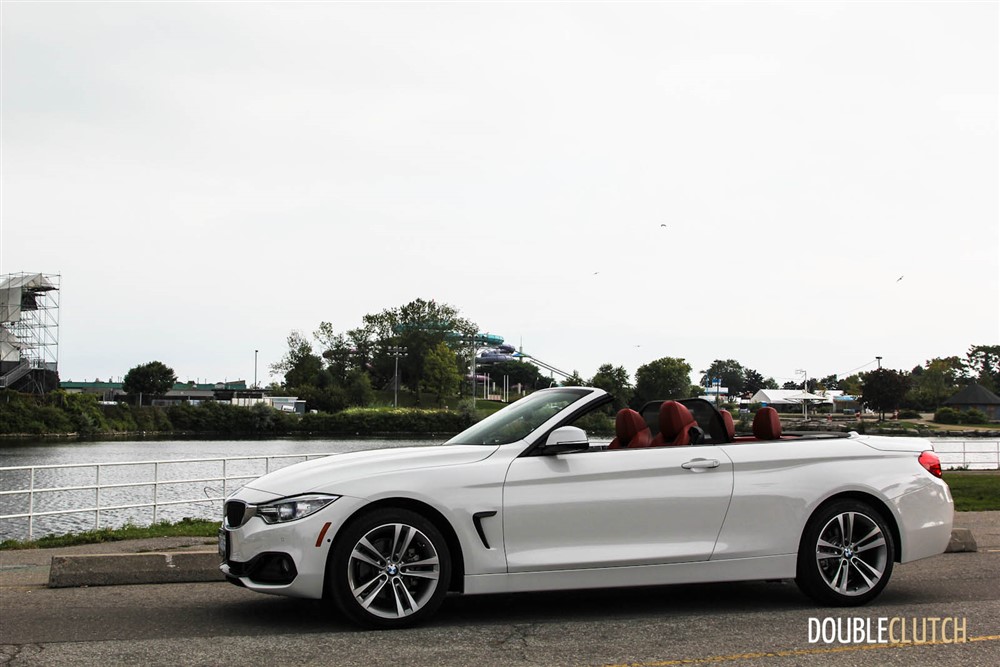 The cabriolet version of a favourite coupé |

BMW convertibles have an interesting stigma attached to them. On one hand, they’re open-top, luxury vehicles made by a brand associated with manufacturing proper driving machines. However, car guys have branded them to be a bit of a “girl’s car”. Personally as a driver, I’m biased towards the coupé; I adored the fixed-roof 435i I drove last fall. Regardless, I was handed a 2014 BMW 428i Cabriolet to see how it stacks up. 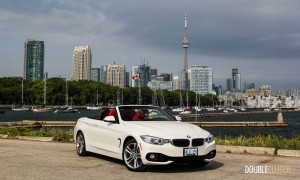 Upon getting into the 428i for the first time, I was instantly used to everything about it, because down to the interior bits, everything other than the roof is the exact same to the car I drive when I’m not evaluating test cars. My tester was finished in a beautiful Mineral White with red Dakota leather. It’s a brilliant colour combination and looks awesome in the flesh; the 428i was getting looks and compliments all week long. The 428i shares its powertrain with the 328i, which I’m quite used to as one resides in my personal garage (a 2013 Sport Line). It’s a 2.0L turbocharged 4-cylinder that puts out 241 horsepower and 258 lb-ft of torque. The popular ZF-sourced 8-speed automatic is the transmission of choice, and it works beautifully and seamlessly. I know what you’re thinking – a large, comfortable convertible with a retractable hardtop, an automatic, and a 4-cylinder probably can’t get out of its own way. That’s where you’d be wrong; the BMW 428i actually moves quite well. BMW’s xDrive all-wheel-drive system means this convertible can effortlessly be driven year round.

In “Sport+” mode, the throttle response is sharp, and turbo lag is almost non-existence. If the transmission is left in “DS” to do its own thing, it does a fine job of it. As a manual train sion purist, I personally would prefer the 6-speed manual, but I never found myself using the paddle shifters to downshift the 428i. The thing is, this 4-series Cabriolet isn’t a sports coupe like it’s fixed-roof counterpart, or a roadster as focused as a Mazda MX-5 Miata. It’s an exceptionally comfortable grand tourer that will provide endless miles of open-top driving. 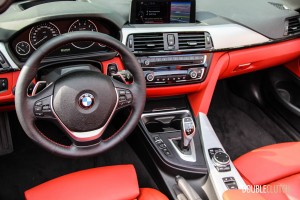 On to the most important part of this car, the roof mechanism is just as slick as anything else BMW has developed in recent years. If the car is moving very slowly (below about 15 km/h), the simple pressing and holding of a button retracts the roof into the trunk. A button located below the power window controls also drops and raises all four windows at the same time. From my experience with hardtop convertibles, the 428i’s roof is a bit slower than I would have expected. I was sitting in a Tim Horton’s drive-thru line when it started drizzling lightly. The rain came quicker than I thought it would, and by the time I got the roof up, both my passenger and myself were wetter than we’d have liked to be. It’s a great system overall and doesn’t involve fussing with any pesky latches or levers. The roof can also be operated via the key fob.

My 428i Cabriolet was just as loaded-up as the majority of buyers will buy it – fully loaded. With a sticker just shy of $70,000, this car is equipped with everything from full leather to the iDrive/BMW ConnectedDrive navigation suite, heated seats, heated steering wheel, iPod integration, heads-up display, and a plethora of other features. One interesting toy that I really liked was a fan integrated below the front headrests that blows warm air to the necks of the driver and passenger. It made an open-top gelato run on a cool night particularly comfortable. Features like this allow the 428i to be driven top-down well into the fall. 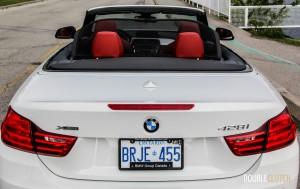 There isn’t a whole lot not to like about this car. It’s not as rigid and does feel a bit floppier on the highway than the 4-series coupe, but that’s to be expected from any convertible. Those who haven’t driven the coupe won’t notice or find the cabriolet to be lacking in any way. I found that the roof operation only worked intermittently whenever I tried to open or close it using the key fob. The windows would drop every single time, but the roof only opened when it wanted to. Using the button inside the car works flawlessly every time.

I love convertibles. Stigmas be damned – there isn’t a better feeling in the world than cruising to your destination on a breezy evening with nothing between you and the sky. Hardtop convertibles are even better; they add the ability to drive your car year round even with brutal Canadian winters. If there’s a somewhat warm day in the middle of January, it’s as simple as dropping the top for the day. This 2014 BMW 428i Cabriolet is an excellent example of a convertible; it’s quick, composed, comfortable, and surprisingly efficient. I averaged 9.8L/100km in combined driving over the course of my test week. For a car of this size and caliber, that’s not too shabby at all. The BMW Z4 is a bit better dynamically, but if you require semi-useable back seats, the 4-series Cabriolet is an excellent choice in the segment. 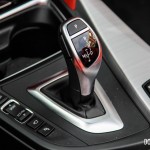 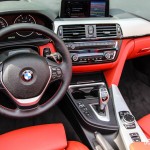 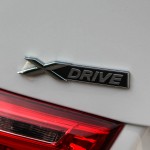 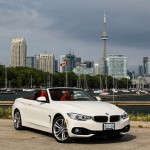 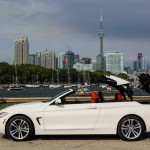 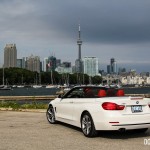 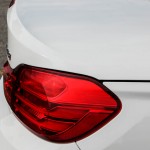 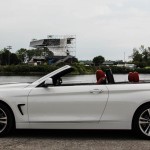 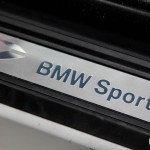 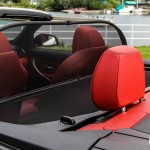 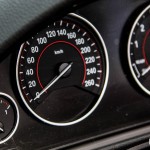 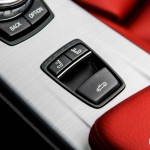 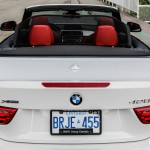 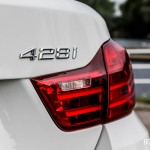 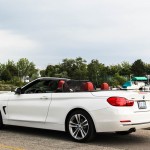 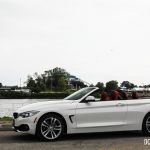